Deadpool vs. The World Game Overview

We’ve said it before, if there is one theme that makes a game an instant-buy for us, it’s anything Marvel. Not only have we written about their movie premieres, we’ve covered nearly every board or card game issued in the past few years. Last May we put together a list of what we felt were the best Marvel-themed board games currently available, and in 2016 Nicole was invited to walk the actual red carpet in Los Angeles with the stars of Captain America: Civil War at the official premiere! Yeah, we’re a little obsessed with the Marvel Cinematic Universe.

That doesn’t mean we limit our fandom with the characters currently held by Marvel. Spider-Man is Kennedy’s favorite and we’re partial to both Wolverine and Deadpool. Now that the girls are getting older, we even allowed them to view the R-rated versions of Deadpool last year! So when we spotted a brand new game by USAopoly at this year’s Gen Con convention that featured this red-suited anti-hero, it didn’t matter to us that it was recommended for ages 17+. In fact, we’ve recently begun playing more adult games with our immature friends once the girls go to bed. Deadpool vs. The World looked to be a good addition to our adult game night bag. 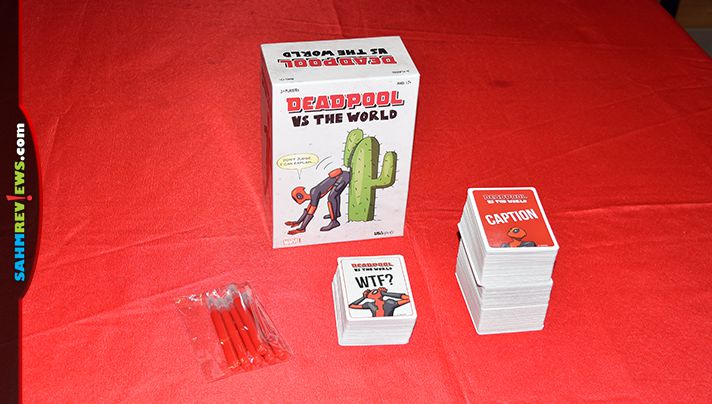 Deadpool vs. The World possesses what we like to call the Apple to Apples ruleset. That’s where people submit their words, drawing, etc. to the active player and ask them to decide which they like best. Rather than having static cards you randomly draw, Deadpool vs. The World allows you to customize them by filling in a blank space “Mad Libs”-style. 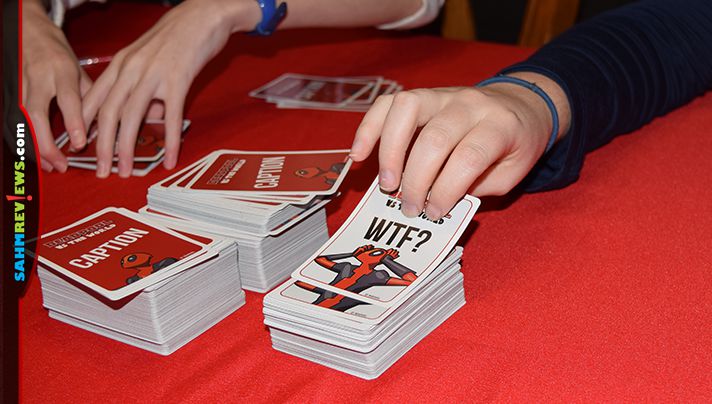 Inside the box you’ll find a deck of WTF? cards that depict something unfortunate happening to poor Deadpool. Another much larger deck is comprised of Caption cards. A handful of small dry erase markers is also included with each player receiving one to use at the beginning of the game. Both decks are shuffled and five Caption cards are dealt to each player. The person who most recently watched a Deadpool movie begins the game as the active “Editor” and reveals a WTF? card from the top of the deck. They may describe it or choose to say nothing, leaving it face-up for everyone to see. 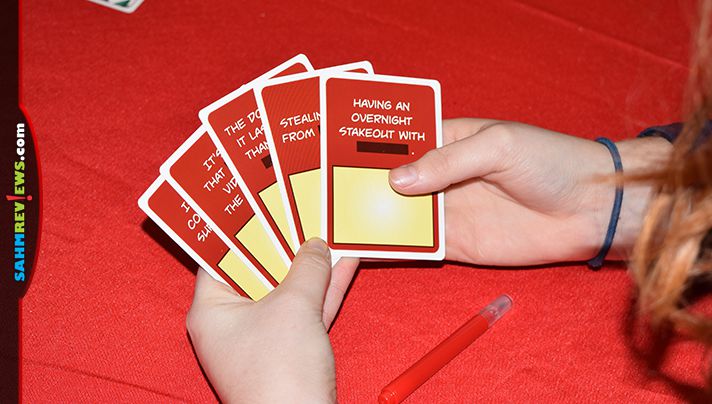 All other players then choose a Caption card from their hand and fill in the blank by writing their answer in the space provided with the dry erase marker. After allowing the ink to dry a bit, it is given to the Editor who collects a card from every player and then lightly shuffles them.

They read each one aloud and compares them to the WTF? cards. The Editor then chooses their favorite caption and that person receives the WTF? card as their reward. The first player to collect five WTF? cards wins Deadpool vs. The World! 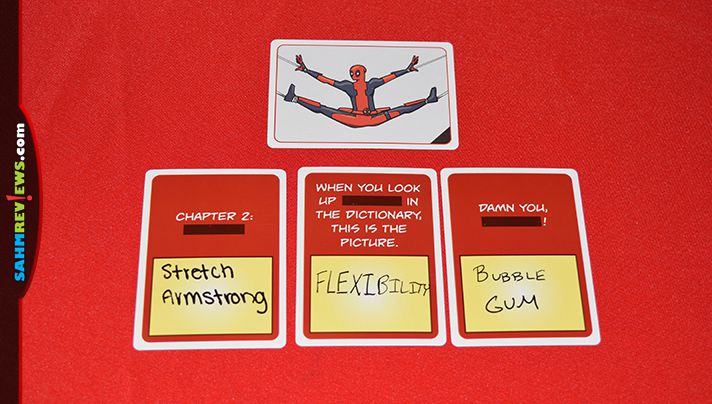 Although rated for ages 17+, we really didn’t find too much adult material in the game. The sentences on the Caption cards are suggestive, but only will result in that type of answer if you are playing with someone with that type of personality. The WTF? cards do depict cartoon violence (blood, etc.), but nothing overtly sexual or vulgar. We hear rumors of an NSFW version that is probably more along those lines. 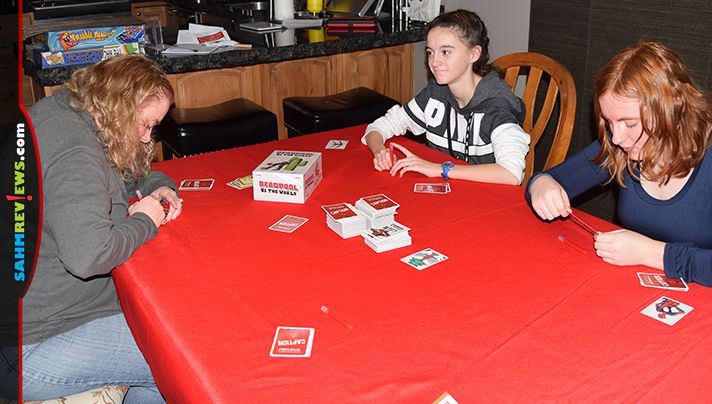 You can find Deadpool vs. The World on Amazon for under $25 or at your friendly local game store. This is the second Marvel-themed game by USAopoly that we’ve played, after the fantastic cooperative game, Thanos Rising. Hopefully USAopoly has more Marvel goodness in the works for 2019 and we’ll be stalking them on Facebook and Twitter to find out what’s next!

What is your favorite Marvel-themed board game?

10 comments on «Deadpool vs. The World Game Overview»