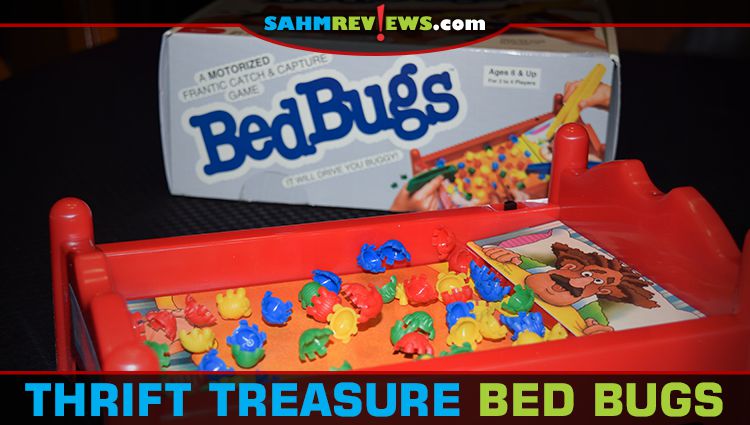 We got Bed Bugs from the thrift store. Probably not a sentence you want to hear, especially in your household. We’ve shopped at a lot of thrift stores across the country looking for games when we travel, and it would not surprise us to hear that someone brought home an infestation. The conditions of some of the stores is appalling!

Fortunately for us, while we did bring home Bed Bugs this week from our Goodwill, it wasn’t the burn-everything-in-the-house-to-get-rid-of-them kind. It was the popular electronic board game by Patch Products! First introduced in 1985, our copy was offered in 2010 and appears to be the latest version. Not that there have been any major advances in vibration technology since then, but because it is made of plastic and has many pieces, it was less likely to be damaged or missing parts. 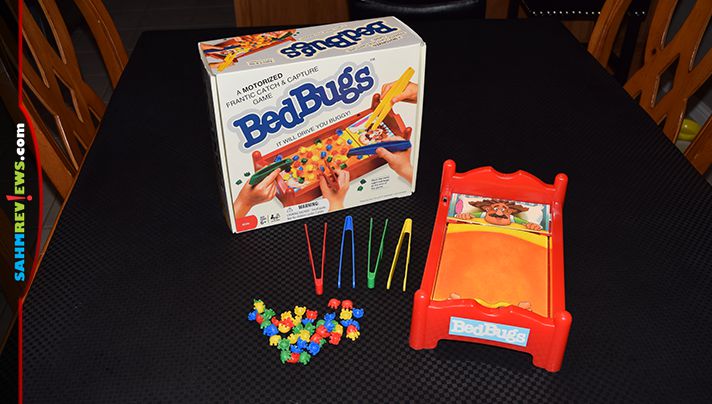 There’s not much to tell about how to play Bed Bugs. In fact, our copy was missing the instructions! This was fine with us as the game play is very simple. Everyone has a set of plastic tweezers and is trying to be the first to pick out all of their colored bed bugs before their opponents do. Sounds simple at first, but there’s a catch. THE BED VIBRATES! 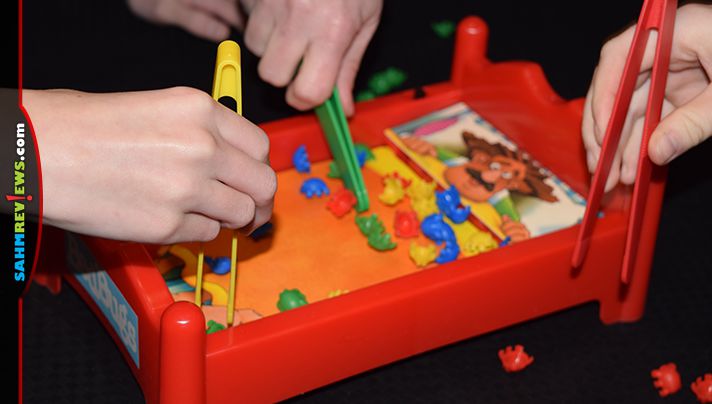 No, it isn’t one of those seedy motel beds you have to put a quarter into. A couple “C” batteries is all you need to power this bed. A flip of the switch and a rotation motor drives a plastic lever into the center of the bed causing it to vibrate wildly. The dozens of tiny plastic bugs jump around randomly, making your attempts at picking them up even more difficult. 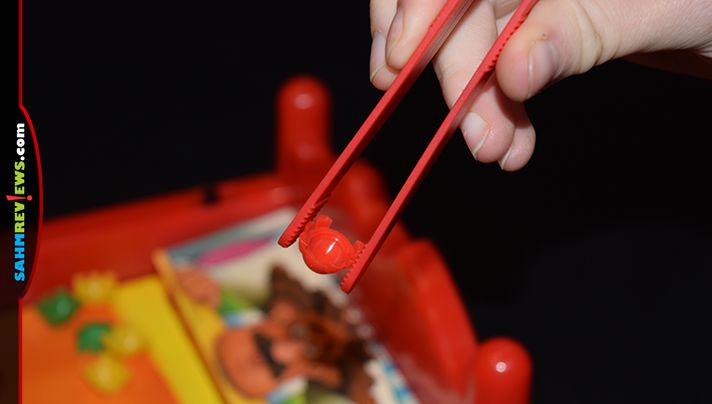 An alternate set of rules has everyone vying for the same color. The youngest player calls out a color at the start of the game and players race to catch only that color. Once they are all caught, any that jumped out or were incorrectly captured are returned to the bed and another color is announced. Once all of the bed bugs are captured in this manner, the player with the highest total of captured bugs wins! 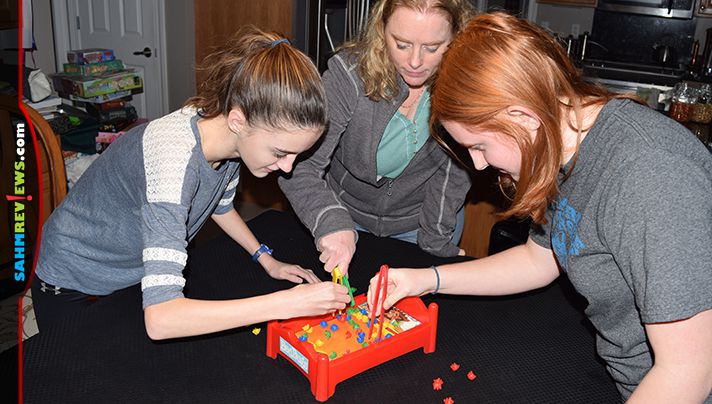 Not the most complex game you’ll play, but certainly a lot of fun. If you find a copy at thrift, make sure it has all of its parts. You should find four colored tweezers and 12 Bed Bugs for each color along with the vibrating bed and cardboard inserts. Originally advertised for ages 6+, younger kids can enjoy it too as long as they keep the bugs out of their mouths! (We think that’s a good rule in general anyhow).

Hasbro offers a brand new version for 2-3 players for under $15 on Amazon. If you really need the 4-player version, you can find used copies on eBay for around the same price!

Have you ever played a game of Bed Bugs?