One theme you can count on seeing often, and shows no sign of drying up, is cats. We really took notice a couple years ago after seeing lots of new cat-themed titles coming out at Gen Con. This past June, in conjunction with National Hug Your Cat Day, we complied a thorough list of games featuring your feline friends which numbered nearly fifty! Trying to put together a complete list of all titles that were about cats would be daunting and easily number into the hundreds.

Among the dozens of cat-centric games in our list was Slap Cat! by IDW Games. We recently had the opportunity to enjoy this budget-friendly card game, which solidified our choice of including it in our article. This one has a twist – players are deranged scientists trying to construct exotic cat breeds and sell them on the black market! 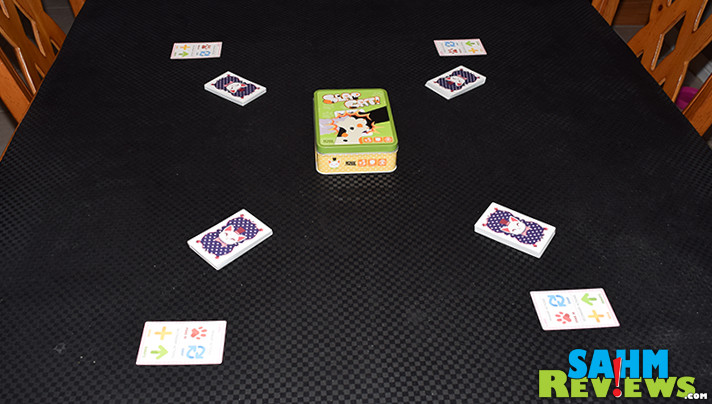 A word of warning, Slap Cat! is another speed game. If your reflexes are slow like mine, you may not perform well. Comprised of a deck of 106 cat part cards, each player is trying to collect pieces to assemble new cats of their creation! The deck is shuffled and split roughly into stacks equal to the number of players (up to six). The individual piles are arranged one in front of every player. Everyone puts a hand on their pile and at the same time reveal the top card. 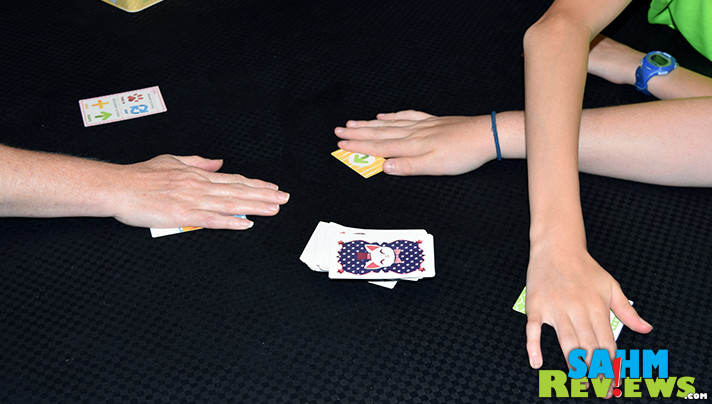 Participants must then quickly decide which card they desire and slap their hand on top of it. Each player will receive one card, even if it is one they don’t want. This process is repeated eight times until all players have a full hand of eight cards. The draw piles are then collected and combined into one pile in the center of the play area. 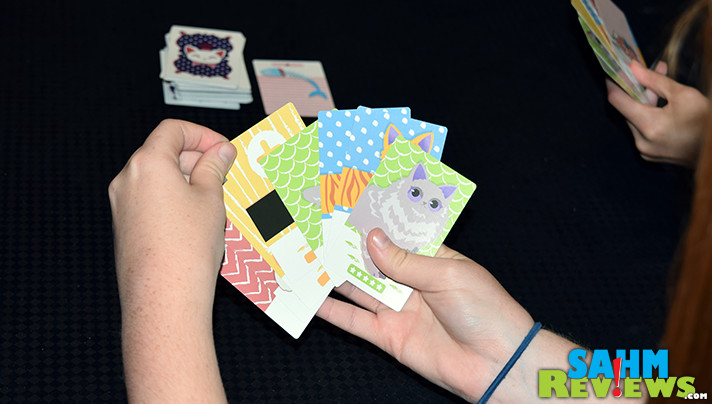 The second phase of Slap Cat! requires all players to choose one card from their hand and lay it face down in front of them. These are also revealed at the same time and resolved. Some cards have a primary action on them which allows the active player to swap cards with another player or force a “Paws In!” contest. When this happens, all players must race to cover this card with their hand (paw) and the last person to do so loses the fight. They must discard their revealed card! If more than one player reveals a “Paws In!” card, all players who didn’t play one must discard their card. If everyone has one, they are all discarded! 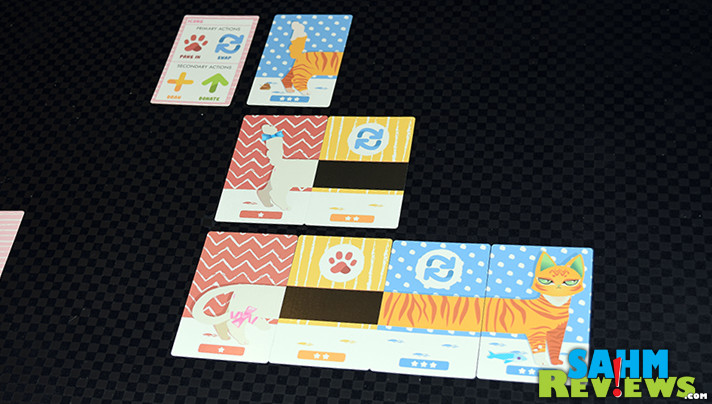 After all primary actions have taken place, the face-up card is now collected into players’ personal Cat Construction area. This is where you’ll match up heads and tails (and middles) to create new cats. Once placed, they may not be moved to another cat. You can start with any piece, but it will not be scored unless you have both a head and a tail. Some of the cards also contain a secondary action, which is resolved when the card is put into your collection. These might allow you to draw additional cards from the pile or donate one of your cards to another player’s collection, potentially making their cat worth less. 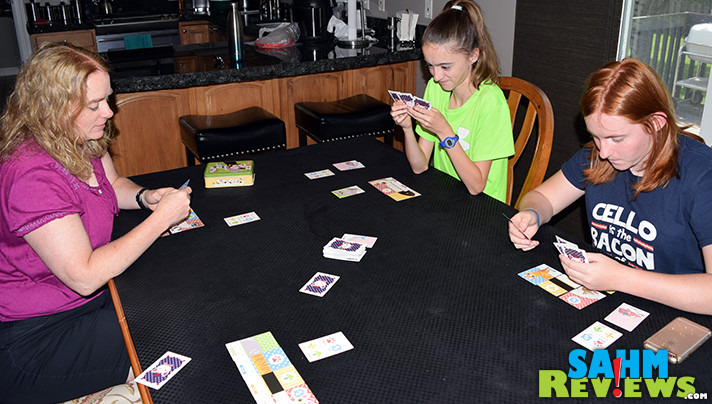 Once all cards have been played from players’ hands, the round ends immediately. Points are earned for each complete cat and is determined by the stars listed at the bottom of each card. Each pair of cards will yield one scoring value and the lowest star count is used. So if you have a cat with a head, middle and tail, you will score twice for that cat – once for the head/middle pair and another for the middle/tail pair! 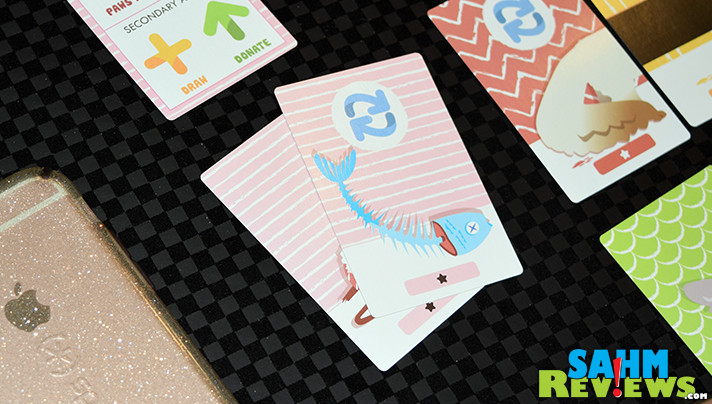 A few cards also have semi-hidden bonus items embedded into the artwork. Hats, cat toys, nubby tails and even cat poop all award an additional point if they are in your collection. If you find the elusive pug card, it is valued at two additional points! Another card type might arise during a game of Slap Cat!, and these are penalties when it comes to scoring. Fish bones and torn up rat toy cards all cost you a point if you get stuck with them! All cards are collected, reshuffled and dealt out into semi-equal piles to start the next round. After three complete rounds, the person with the highest combined total wins Slap Cat!

Advertised for ages 8+, this can easily be enjoyed by kids as young as 6 as long as someone older is present to explain the rules. Copies are currently on Amazon for under $12 shipped (MSRP $20) and can also be found at your local game store! What other poles is IDW Games scratching? You’ll have to follow them on Facebook and Twitter to get the scoop!

What is your favorite cat-themed game?