This. This is why I continue to hunt for board games at our local thrift stores. It had been a while since we had stopped by our Salvation Army store because the last few times were complete busts. We know there are other collectors that scour second hand stores in our area, so we’ve been assuming all the good stuff gets taken by the regulars. 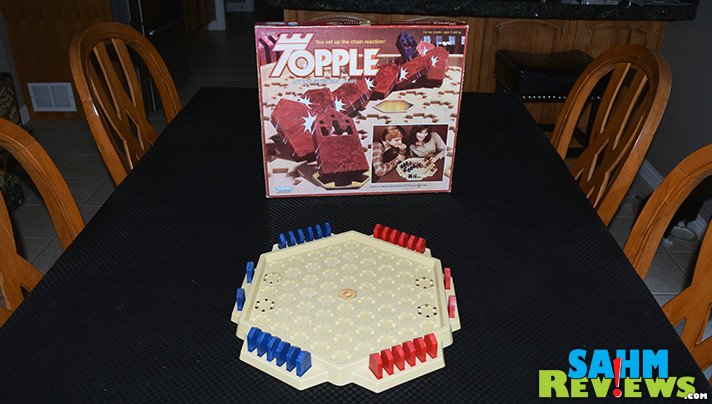 Then recently I had the time to drop into ours while waiting for Madison at her private cello lessons. To my surprise I found one I had to have – Topple by Kenner. Yes, Kenner, the doll company of the 70’s through the early 90’s and parent company of Parker Brothers. It was the first time I had ever seen any game from them, and Topple fit right into what I was always on the lookout for – classic abstract games. And to make things even better, it had been on their shelf for so long that it was half price! The sticker read 95 cents, so the game set me back under a half a buck! 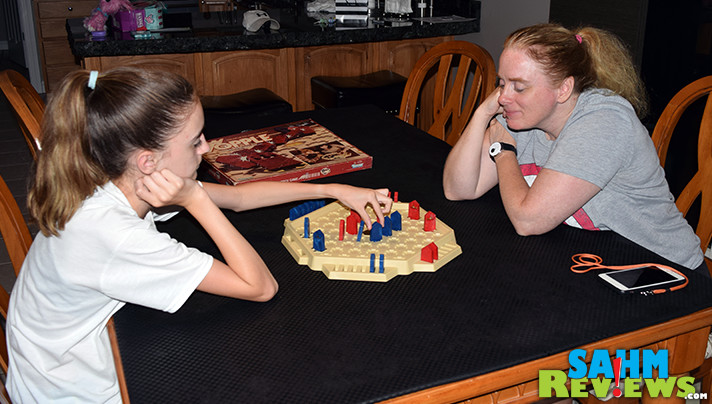 Topple is designed for two players and billed as “The Domino Theory Game”. The object is to capture the other player’s two Kings by creating a row of pawns, that when tipped over, form a chain reaction to eventually knock over the opponent’s King. 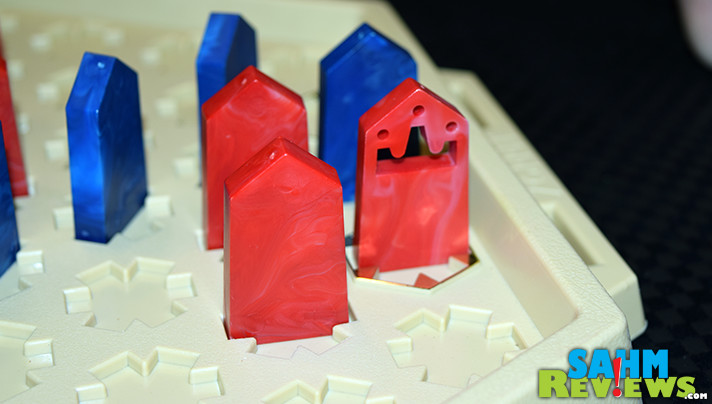 Players begin with two Kings in designated spaces on the molded plastic board facing in any direction. Each person gets two moves per turn from a list of multiple options. You can choose to place one pawn on the board in any location and facing in any direction, change position of a King or pawn (rotate in place), Topple and try to capture the opponent’s King by pushing your King over and starting the chain reaction or move a pawn to a different spot on the board if all of your pawns are currently in play. You may take any two of the above actions or even do the same action twice on your turn. 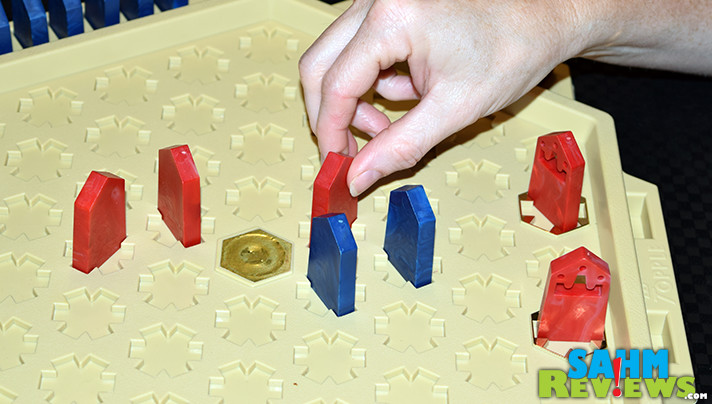 You can only move playing pieces of your color and Kings may never be moved from their spot (only rotated). If you successfully Topple the other player’s King, you capture it and it is removed from the board. If you Topple and fail, you lose your King. All pawns that are knocked over during the process (successful or not) are also removed from the board and returned to the owner. The first person to knock over both of the opponent’s Kings wins Topple! 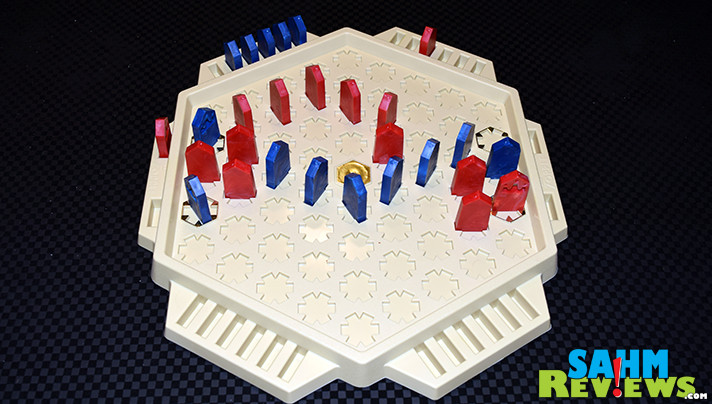 As you might imagine, Topple requires a careful balance of offense and defense since you can utilize your opponent’s pawns to capture their King. Keep an eye out of what they are planning and set up defensive pawns facing the wrong direction to help shield your King from attack. Then at the last minute you can rotate yours and use them to carry out a Topple! 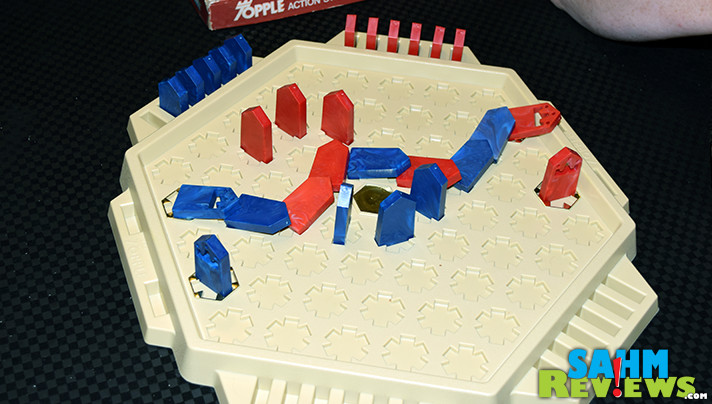 Originally issued in the late 70’s, there are a number of good condition copies on eBay for around $20 as well as a number of vendors offering replacement pieces. Topple has a unique domino mechanism we haven’t seen in other games and has rightfully earned a place in our collection. Keep an eye out for this one at thrift and grab it when you have a chance!

What other 70’s-era abstract games should we be on the lookout for?