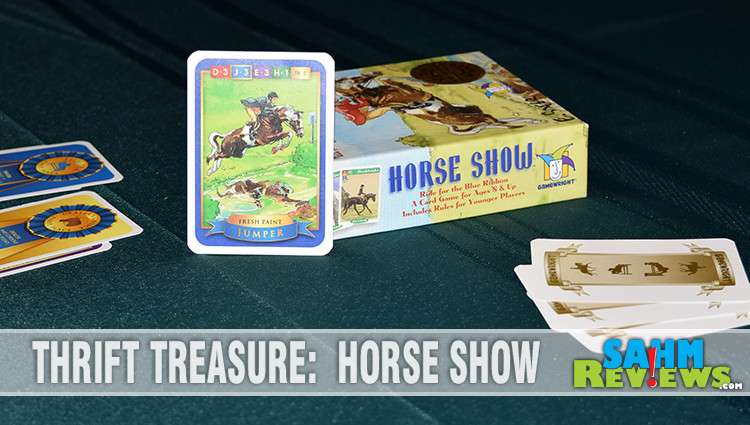 Up until now I thought I had seen it all when it comes to board game themes. We’ve ridden frogs in Frogriders, raced camels in Camel Up and learned about an unknown (to us) human-stacking sport called Castellers. Surely there hasn’t been a theme not covered yet by the board game industry. Today’s thrift treasure just proves my point – they’ve all been done, not matter how obscure.

Horse Show by Gamewright puts you in charge of your own stable of horses, taking them around the country to participate in horse shows of all types. Designed for up to four players ages 8+, this small-box card game also includes custom rules for younger players. 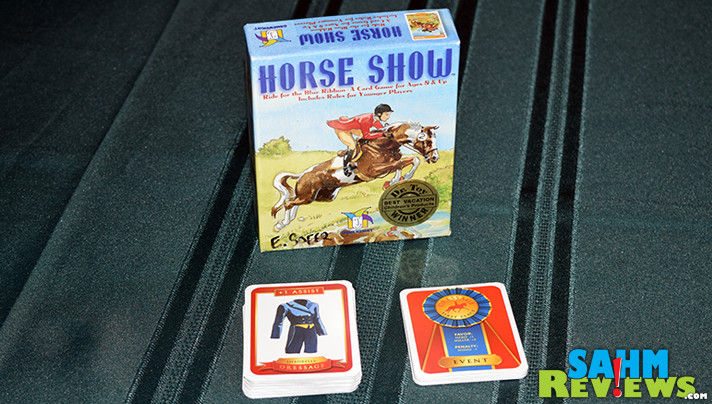 Inside the box you’ll find 32 horse cards, 15 blue ribbon event cards and 12 assist cards. The blue ribbon cards are shuffled and set face down to form a draw deck. The horse and assist cards are shuffled together and dealt out completely and equally to all players, with any extras being returned to the box and not used. This represents your stable of horses for the game.

Each player looks at their hand of cards (their stable) and selects five cards to use in the first show (round). The rest of the cards in the stable are set aside for the time being and only those five cards are used, of which at least three need to be horses, the rest may be assist cards. 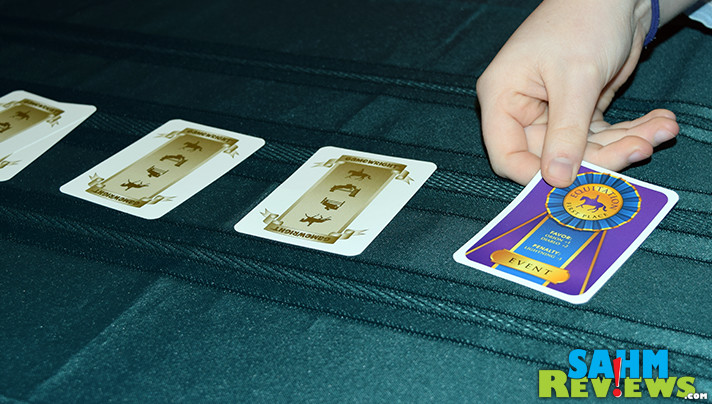 The active player hosts the first show and draws three blue ribbon cards from the draw deck and lays them face-down in the center of the table. One event is revealed and everyone decides which horse from their hand to send to that event, along with up to one assist. Events have categories like “dressage”, “hunter”, “equitation” or “jumper” and you are trying to send your horse who is most experienced in the active event. Each horse card has the four color-matching categories listed at the top of their card with their skill level. 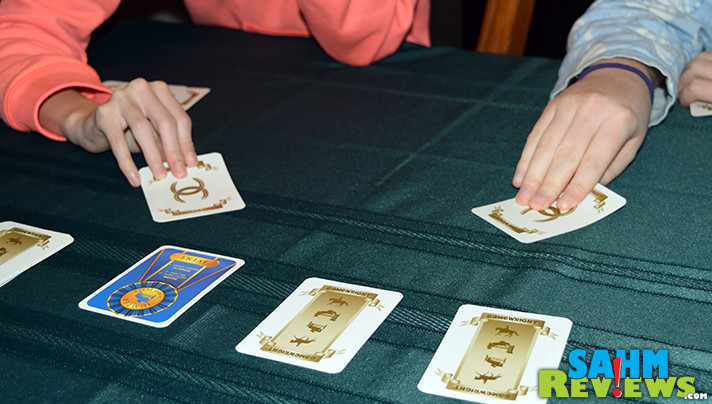 Assist cards add one-time bonuses to that event and its value is added to the skill level of the horse. All players reveal their chosen horse at the same time, with the highest sum winning the blue ribbon. That horse and assist are gathered with the ribbon and placed on the table in front of the owner. This horse is now retired and will not be used for the rest of the game. All other participating horses in that event are sent back to their respective owner’s stable. 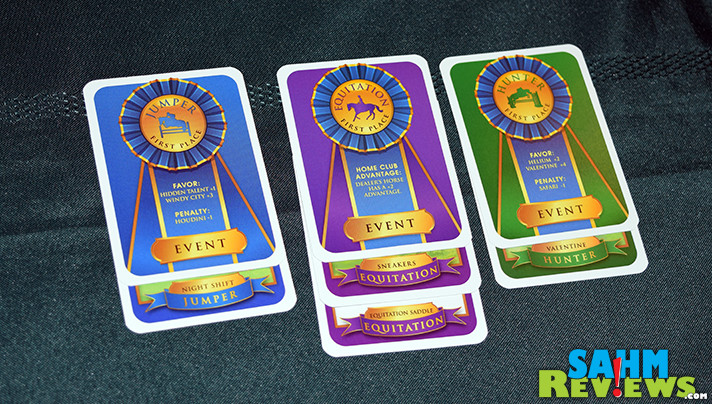 After the first event is resolved, the second (and third) events are staged using the cards remaining in the player’s hand. Each time the winning horse (and assist, if applicable) are retired with the ribbon and the rest return to the stable. After all three events are awarded, the next person in clockwise order will host the next show. 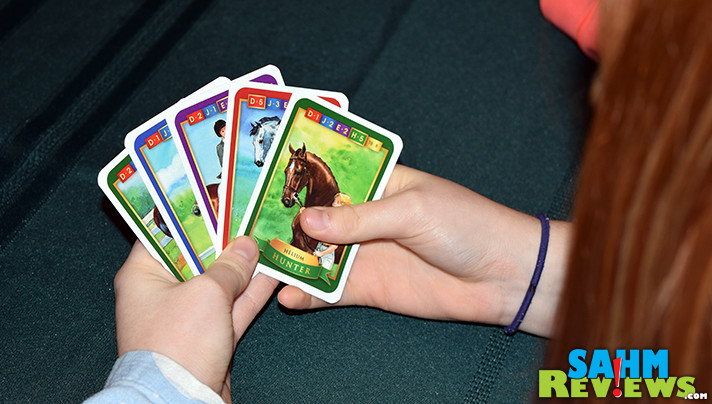 As in the previous shows, all players will choose five cards from their stable (which is hopefully smaller due to previous blue ribbon wins) and three new events will be drawn and revealed one at a time. This continues until each player gets to host a show (in a 4-player game) or two shows (in a 2-player game). After the show season is complete, the player with the highest number of blue ribbons is the overall winner of Horse Show. In the case of a tie, one final event between only the tied players takes place, with the winner taking all! 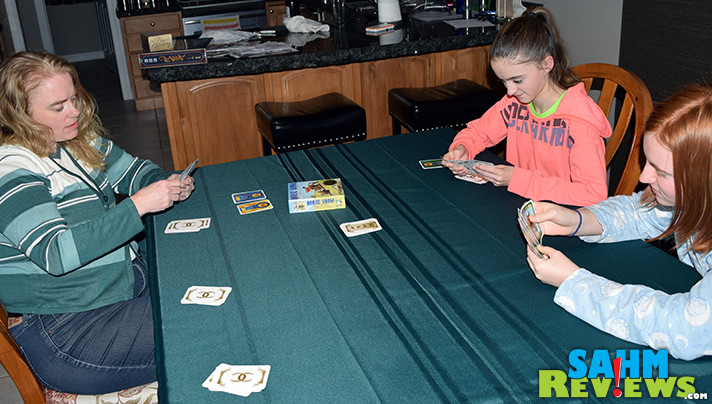 Like many Gamewright games, Horse Show is very easy to teach and has some hidden strategy needed to be successful. Winning too many ribbons early on may prevent you from winning any in the later rounds if you play the wrong horses. Spending an assist might be a waste if your opponents didn’t have the strengths needed for that event.

Horse Show was originally published in 1997 and was still in Gamewright’s stable as recently as 2013. It doesn’t currently show as available on their website, and the few copies on Amazon are very overpriced at the moment. Keep an eye out for one of the versions at your local thrift store or let Gamewright know via Facebook or Twitter that you want to know when it will be reissued!

Have you ever participated in a horse show?