Many, many times we’ve preached about the valuable lessons and skills that can be learned by playing modern board games. From financial theories to historical facts, if there’s a theme or category you’re interested in, there’s probably a board game for it. 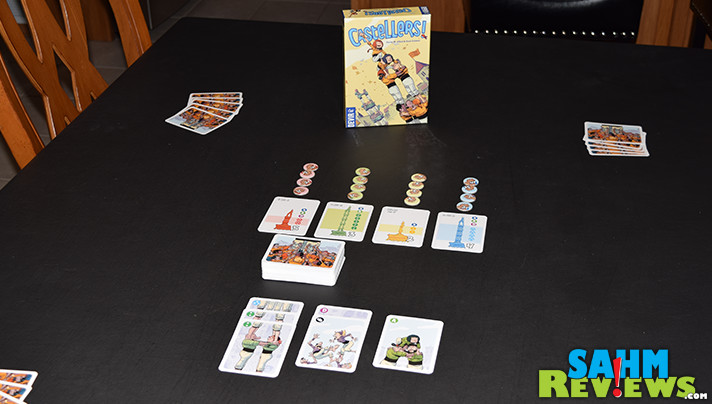 Today’s feature proves this point. When we were first introduced to Castellers by Devir Games at the Origins Game Fair this past June, we were dumbfounded because we had no idea what Castellers were. Even though I had lived in Europe for nearly five years when in elementary and middle school, and had visited Spain on at least one occasion, the sport wasn’t familiar at all. I was about to learn all about it thanks to this new card game and a few searches on YouTube.

Translated, a Casteller is a human tower. Think of what you see at a high school football game or a competition on ESPN, and then multiply the complexity by 10. These are multi-level towers of humans of both sexes and all ages, trying to build the highest and most complex tower possible before the other teams do the same. Take a moment to watch a couple minutes of the above video and you’ll be amazed at what is taking place at unused bullfighting rings throughout Spain.

Devir Games, also based in Barcelona, naturally saw the opportunity to apply the theme of human tower building to a portable card game for up to four players. You and your opponents will be building a total of three Castellers using a combination of building cards and actions to either boost your abilities or cause havoc to your opponents. 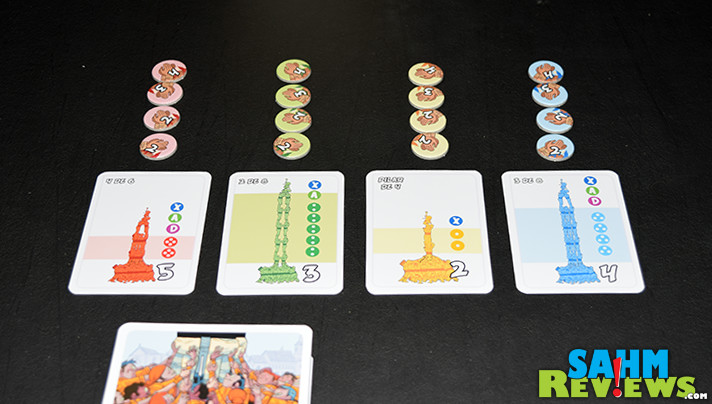 In the center of the table are four randomly-drawn castell diagrams, of which you’ll be required to build three. Each player begins the game with five castellers cards in their hand, and an additional six are dealt out to three groups in the center playing area. The Castellers cards represent the people in the tower and are divided up into three sections – the “pinya”, who make up the base of the tower, the “tronc” who climb up to form the middle of the structure and the “pom de dalt”. These are usually the smallest and lightest castellers that crown the top of the human tower.

On each turn you take one action from a choice of three. Either take one of the groups of cards on the table and add it to your hand (there is no hand limit), take two cards from the draw deck or play cards to raise your castell. When building your tower, there are a few limitations. You may only work on one tower at a time and on your turn you may only build to one section (base, middle or top). You can play as many cards in one section as you like, completing it entirely in one turn if you wish, or play as little as one card. Either way, they can only be to one segment of the structure. 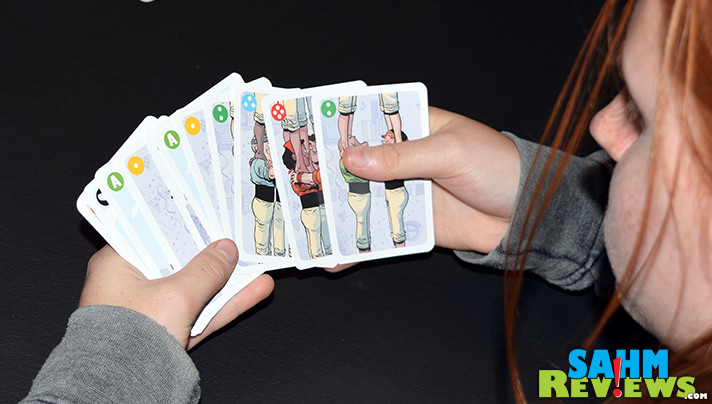 To make the base, you play any cards from your hand equal to the number required on the blueprint cards. Flip over your played cards to form the base! Both ‘tronc’ and “pom de dalt’ sections have certain cards that must be played in order to fulfill the recipe, also listed on the castell cards. Once you complete a castell bottom-to-top, you’ll receive applause from the gallery in the form of a point token. Take the highest valued token available (2-4 points) for that tower. 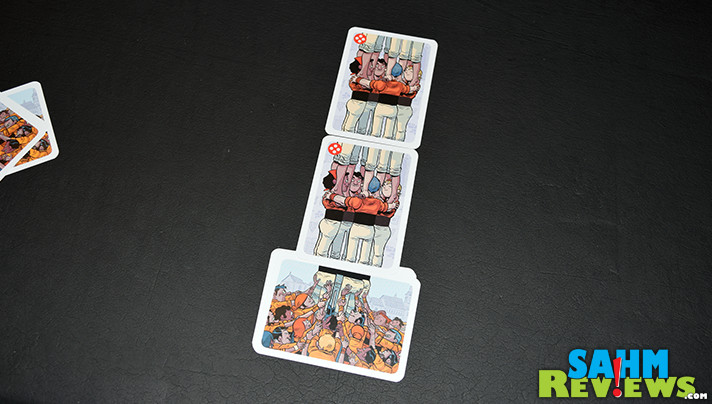 Although you only take one action per turn, you can play as many of the special cards as you’d like. These cards may cause opponent’s towers to fall, allow you to build more than one section during a turn or even call a casteller from the draw deck in case you need a certain card and just haven’t been able to grab one from the top of the deck or one of the three card groups. 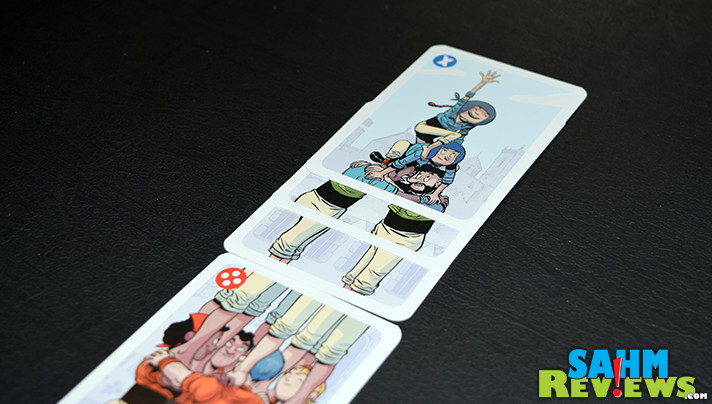 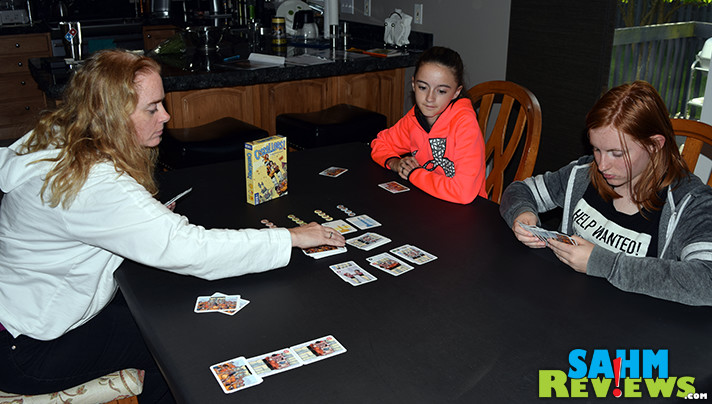 So not only did we learn all about the Castellers sport, we discovered a card game that is very different than any others in our collection. If you’d like to try your hand at building human tower without the risk of serious injury, you can find your copy of Castellers on Amazon for under $20. Or try to win your own copy by entering our giveaway below! Be sure to come back each day for additional entry opportunities!