There have been so many games made over the years that have the “get rid of all the cards in your hand” mechanic as a winning condition. Classics like UNO and Phase 10 are but two examples, but I’m sure there are hundreds of others. I’m not saying it’s a boring type of game to play, it’s just been done many times.

This week’s Thrift Treasure is another example of this feature, except this time with tiles instead of cards. Goliath Games‘ Upturn was originally issued in the mid-2000’s and was sitting at our local Goodwill for only $1.88. What caught me by surprise was the weight of the box. Much heavier than other boxes of the same size, this one felt much heftier thanks to the 100+ included plastic tiles. 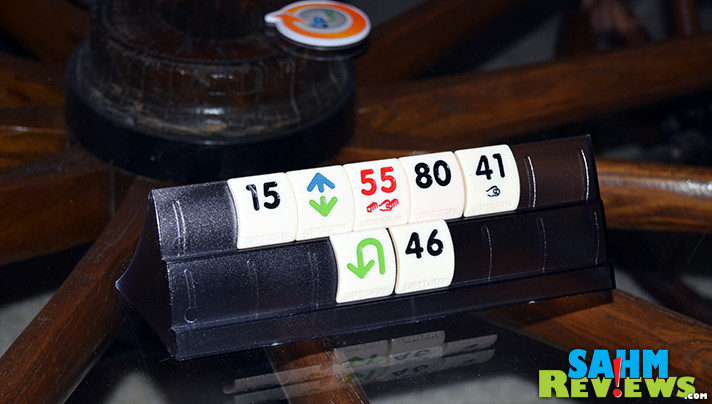 Upturn is a game about number sequences. Each player receives a plastic rack (think Scrabble) to hold their tiles. Also like Scrabble, everyone starts with seven tiles. Instead of spelling words, you are trying to rid your rack of all tiles by playing them into a center area, keeping in mind the numerical sequence.

A starting tile is randomly selected from the bag and becomes the starting number for the game. The first player then plays one of their tiles next to the starting tile, either higher or lower. This sets the sequence for following plays. If higher, the sequence must continue upwards. If lower, then the next tile played must be even lower than the previous. 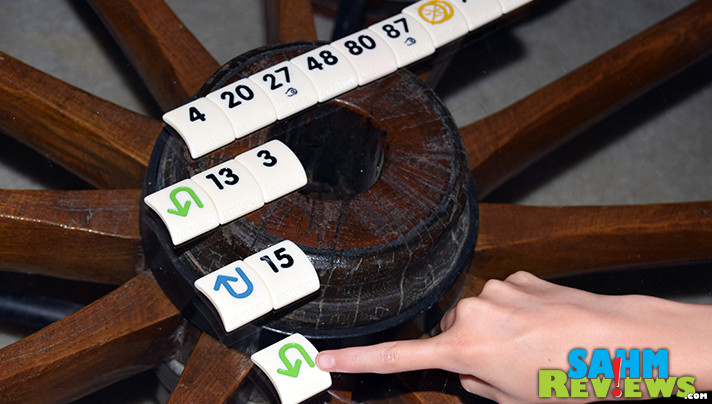 A few special tiles mix things up when played. Arrow tiles start a new sequence (row) either heading upwards or downwards, depending on the tile played. They also allow the active player to change the direction of play, indicated by an included Upturn direction marker. Skip tiles cause the next one or two players to lose their next turn, while a Joker tile lets you change direction, start a new sequence AND play an additional tile! 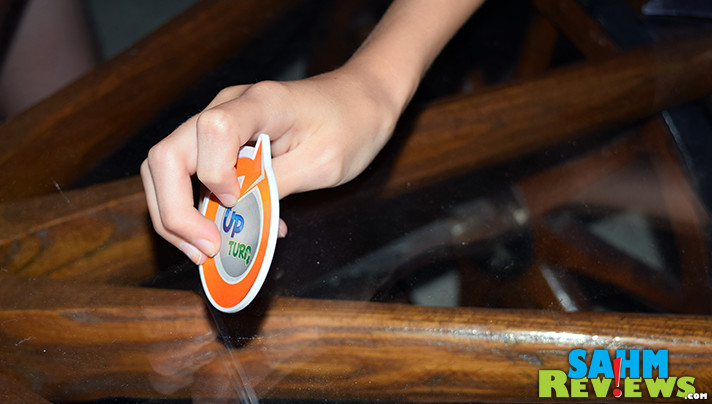 If you cannot make a valid play, you simply draw a new tile to your rack, play it if you can and then pass the turn to the next player. When you are down to only one tile in your rack, you must call out “Upturn” (same as calling out “UNO”) to alert the other players you are about to finish the game. Failure to do so, and being caught, forces you to draw three tiles to your rack as a penalty! 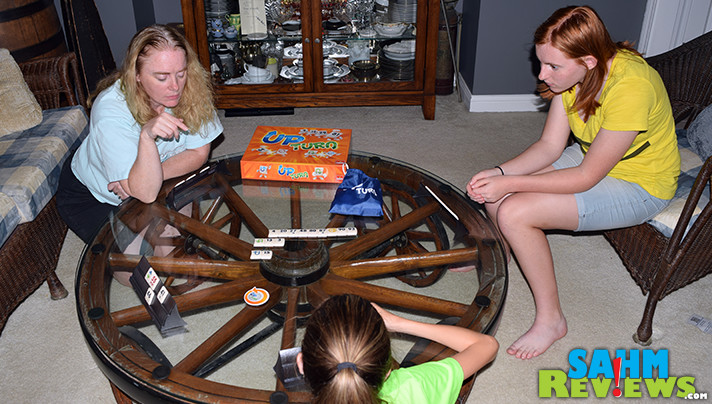 To win, you must be the first player to play the last tile from your rack, and this tile must be a number tile. If you have any other tile as your last tile, you may play it, but will not go out. You’ll have to draw each turn until your last tile played is a number.

Upturn can still be found brand new on Amazon for an amazing price of under $7 shipped! That’s not much more than we paid at Goodwill, and if you’re looking for something that combines many of the features found in UNO and Scrabble (or Rummikub), Upturn will fit that bill.

What classic board game have you played lately?