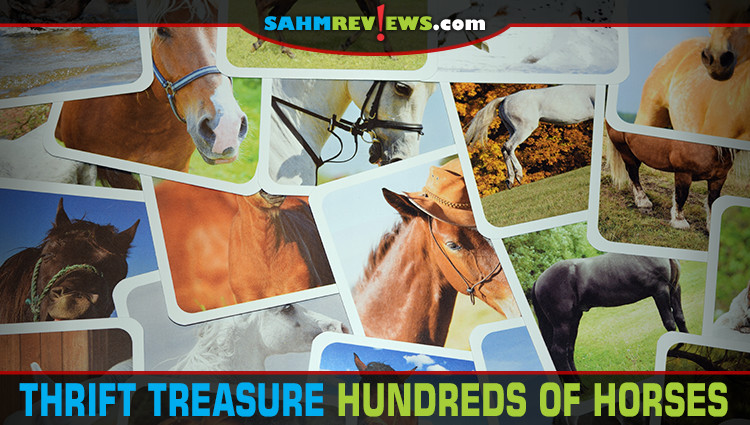 We have played a lot of games about a lot of different things. Zombies, pandas, frogs, raccoons…you name it and we have probably played a game about it. Unless you say horses. Oddly, we haven’t played many horse-themed games. Not a racing game, a breeding game, nothing. An odd thing considering how common horses are – more so than pandas! The lone exception was one about horse shows.

That has changed as of today. We recently found a copy of Hundreds of Horses by Ravensburger at our local Goodwill for only $1.88. After taking careful inventory of the contents while in the store, we discovered that this copy was complete! All 100 Horse Photo Cards, 60 Horse Description Cards, the game board, Voting Tiles, Scoring Tokens and single custom die were present! Very unusual for a game with so many pieces. 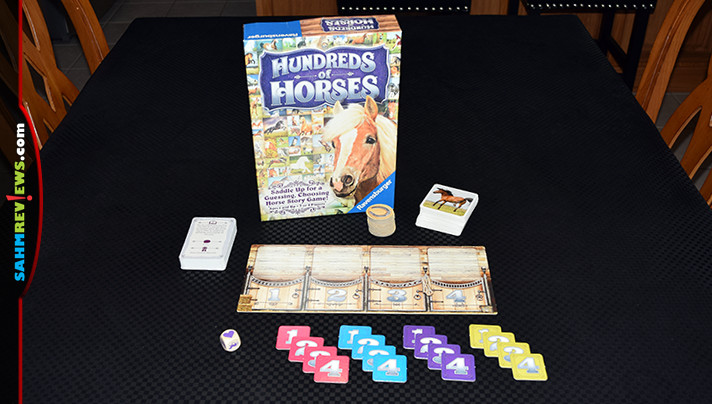 Designed for three or four players, Hundreds of Horses is a game about guessing what your opponents are thinking. The deck of Horse Photo Cards are shuffled and set in the center of the play area next to the game board. A second deck of Horse Description Cards is also shuffled and kept close by. Only one side of these cards will be used, so it is decided upon whether to use the brown or gray side. Four Horse Photo Cards are then dealt to the game board, one in each numbered space. 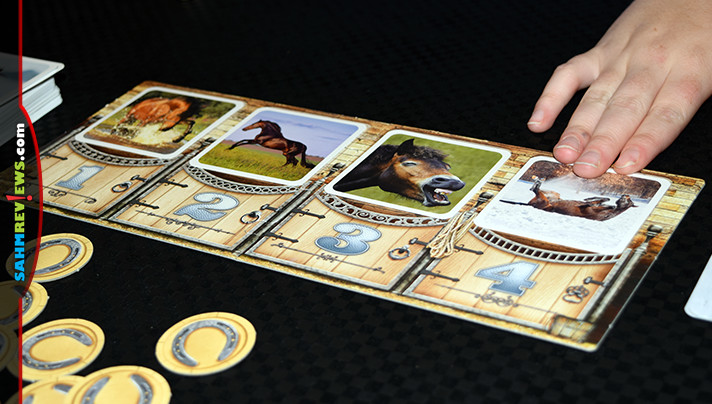 A pile of scoring tokens with the horseshoe side facing up is also set near the play area and each participant takes a matching set of colored Voting Tiles, numbered one through four. The youngest player (Hundreds of Horses is recommended for ages 6+) begins the game and their turn by rolling the custom die and checking its result. 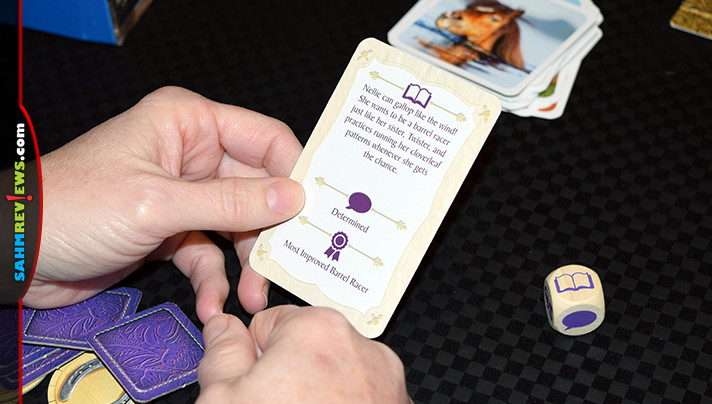 If a book symbol is the result, draw a Horse Description Card and read the paragraph below the book symbol. On a cartoon bubble roll, also draw a card, but instead read the word below the matching symbol. If they roll an award ribbon symbol, the award name below the ribbon symbol is read from the card. At this point all players will vote on which of the four shown horses match closest to the story, word or award by choosing (and keeping secret) one of their voting tiles with the corresponding number. Everyone reveals their choice at the same time and anyone who matches another player receives one scoring token from the pile, regardless of how many players they match. 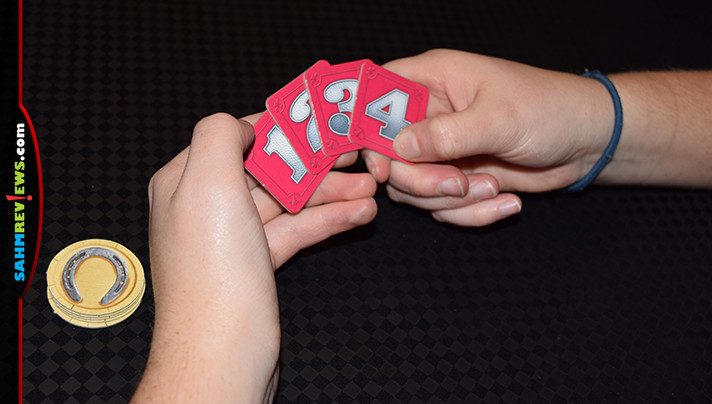 If a heart symbol was rolled, you will also use your voting tiles to choose one of the horses to “take home”. The other players are trying to guess your choice and you will collect a Scoring Token for every other person who correctly guesses your choice. Each matching player will also receive a token from the pile. 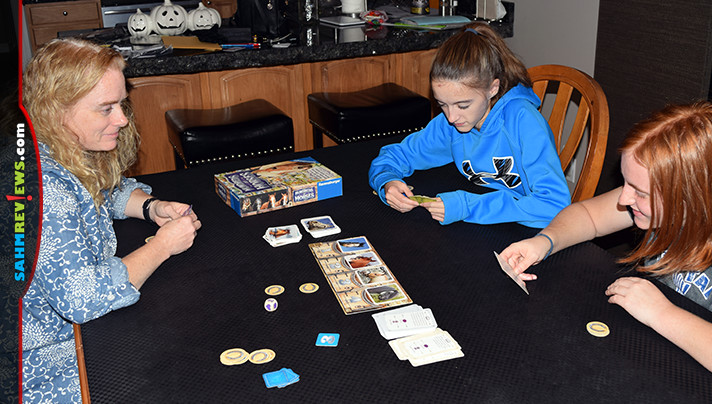 A horse symbol simply means a new set of horses is on the way. Remove all four cards from the board, deal out four new one and roll again! Lastly, if the horseshoe is your result, take one Scoring Token from the pile at random. After one roll (or more, if getting the horse symbol), it becomes the next player’s turn in clockwise order. Once the pile of Scoring Tokens is depleted, the game ends immediately. Everyone turns over their tokens and counts the total number of apples depicted and the person with the highest amount is the winner of Hundreds of Horses! 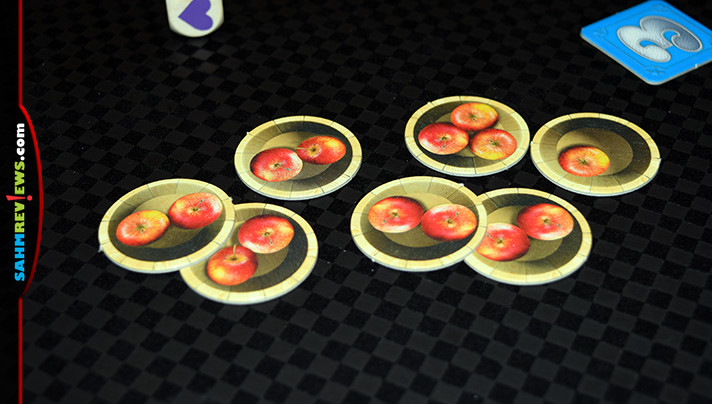 Included in the rules is a handy glossary of horse terms to assist when reading the stories or matching a word. Hundreds of Horses was just published in 2015, so we were surprised to see it at thrift so quickly. A fun little game to play with the kids or a group of kids playing on their own, you can find brand new copies on Amazon for under $15! A good solution for a birthday gift instead of buying a pony!

Have you ever ridden a horse?