Home / Recreation / Games / Pimp Out Your Game With Mighty Meeples 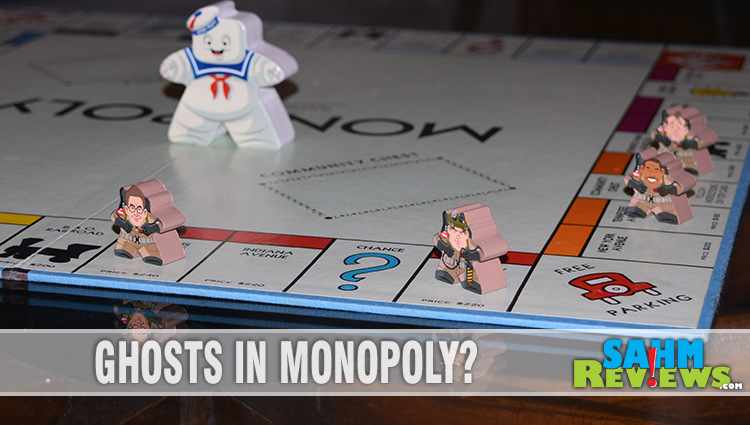 Pimp Out Your Game With Mighty Meeples

The other day I was thinking about hobbies in general. Nearly every one I could think of had something in the marketplace that allowed you to customize your experience. Classic cars have NOS parts and aftermarket add-ons. You can purchase custom clothing and gear for nearly every sport ever invented. And don’t get me started on the aisles and aisles of goodies at Hobby Lobby targeted towards the scrapbooker.

I guess you could say one of my hobbies is board games. We like to play them as a family and with friends and neighbors. In an era of harsh political discussions, having something as classic as a game to break the ice is something we try to share with everyone. But what is there beyond just buying a game at the store, opening it and playing? How can we personalize the experience? There are a number of ways.

We’ve purchased replacement dice or upgraded what the game supplied. Sometimes we pick up extra so the dice don’t have to be passed around the table. When we played Coal Baron for the first time we were unhappy with the paper money included. So again, we fabricated our own using our home printer, some card stock and actual scans of old German paper money!

Controlling the mess and keeping setup time to a minimum is our goal when we organize a game’s parts once played. Whether it’s in a ziploc bag or tiny Tupperware containers, every bit has its place in our game boxes. But do these things really help us personalize our game experience? Or do they simply keep things in order. I believe it’s more of the latter, and we’ve recently discovered a new line that will do something about that. 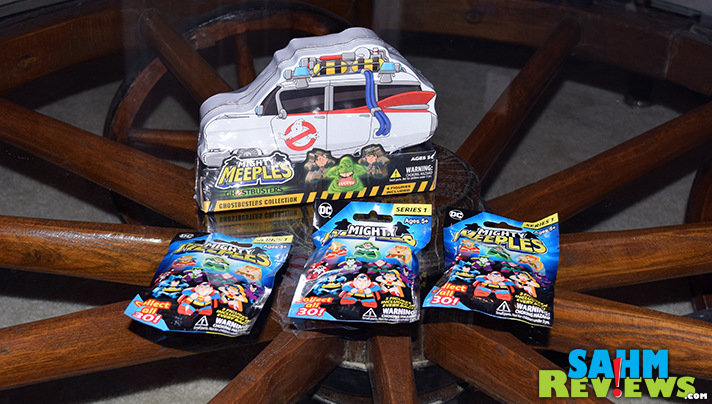 Whether you call them “pawns”, “player tokens” or “meeples”, you’re referring to the same thing – the tiny wooden/plastic/resin pieces on the board that represent your location. Some games, Rum & Bones for example, have highly-detailed miniatures for each character. While others forego the fancies and just include the Sorry-style plastic pawns. What if I told you that Cryptozoic Entertainment has a brand new line of Mighty Meeples that will allow you to personalize and “themify” your games? Yep, that would excite me too. 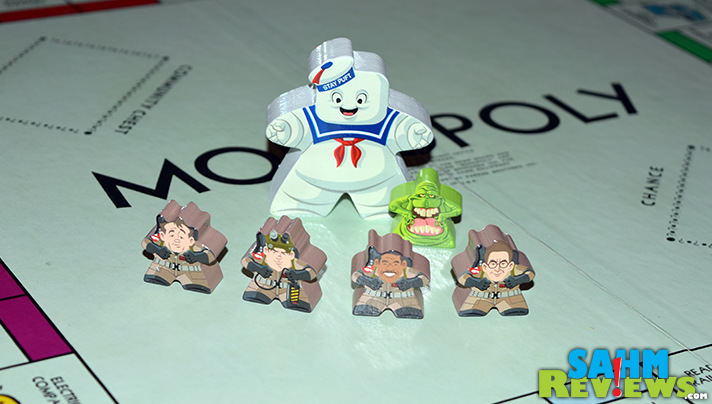 Meant to replace your player tokens in most any game, Mighty Meeples have been issued in two popular themes: Ghostbusters and DC Comics. The Ghostbusters come in a cool collectible tin shaped like the Ecto-1 and includes the four original Ghostbusters along with Slimer and an over-sized Stay-Puft Marshmallow Man! Imagine playing a standard game of Monopoly with each player taking on the role of a Ghostbuster instead of that boring thimble or dog. We even placed the Marshmallow Man on the Go To Jail spot – it’s only appropriate, he captures them and they must then escape his prison! 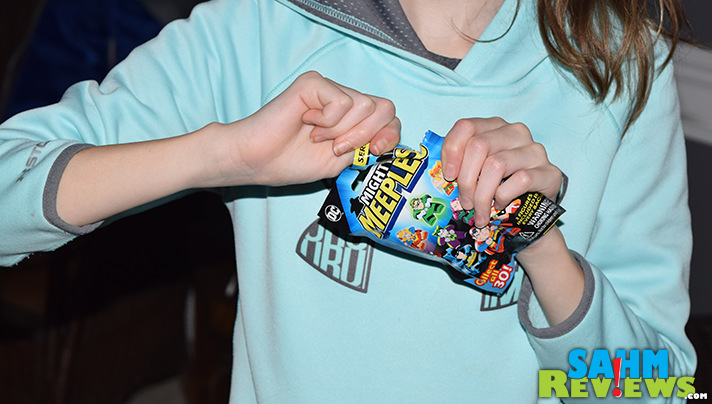 The real variety comes from the DC Comics line. There is also a collector’s tin shaped like the Halls of Justice containing Mighty Meeples of the entire Justice League. But in this series there are also “blind bags”, which are sealed bags of three meeples that you discover once you open it up. Much like baseball cards of years ago, you take your chances on getting the ones you need to fill your collection. And that was fine with us – with baseball cards you don’t need doubles of Joe Schmoe, but who can’t use an extra Harley Quinn! 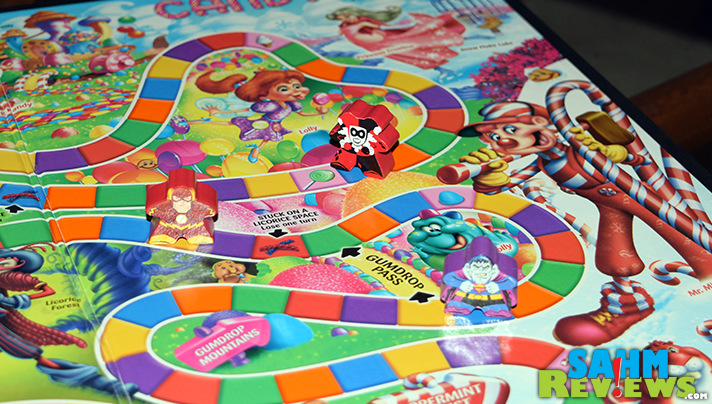 With 30 released in series 1, each Mighty Meeple is numbered on the back to make it easier to track which ones you still need. Just for fun we decided to put them into a fantasy world I’m sure the Justice League never thought they’d be stuck in – Candy Land! It was so silly playing this kid’s game with super heroes, but it’ll make it hard to play it the normal way again. 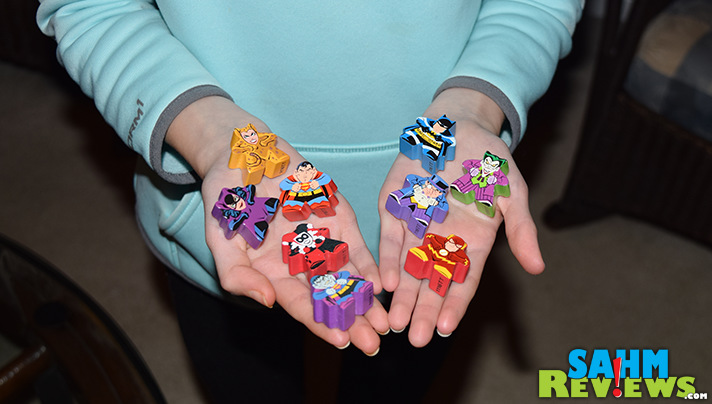 We really love the idea behind the Mighty Meeples and hope to continue seeing more in the current lines as well as additional properties. Someday I’ll field an entire army of Batmans (Batmen?) in a super-hero themed game of Risk. But until then I’ll have to be happy with buying a pack at a time trying to fill out the rest of the collection.

You can find Mighty Meeples on Amazon or direct from Cryptozoic on their website. Pester them on Facebook and Twitter so they get to work on additional series and new lines! Don’t be shy to tell them which you’d like to see next!

12 comments on «Pimp Out Your Game With Mighty Meeples»