The hobby of modern board games has a lot of unique words and terms that probably don’t make sense to those who haven’t partaken in the fun. “Meeples“, “Euro”, “Ameritrash”, “Deck-Builder” and “Gateway Games” are regular parts of the conversations on game nights. Many games can run hours in length and take a good amount of time to just set up. It is popular to play a shorter game to give our brains a break from the concentration needed between these longer experiences. These have also earned their own nickname – “Filler Games”.

A Filler Game is typically defined as a game that plays in under 30 minutes, has minimal rules to get you up and running quickly and supports a larger number of players. It’s a broad description that covers a lot of card games, party game and children’s games. The common features are that they’re fun, engaging and quick. So it’s appropriate, if not a bit ironic, that Green Couch Games‘ newest product is named “Filler”! Not because it is a Filler Game (but it is), but because of the theme – you’re pastry chefs in charge of putting the filling into a variety of cakes, pastries and other baked goods! 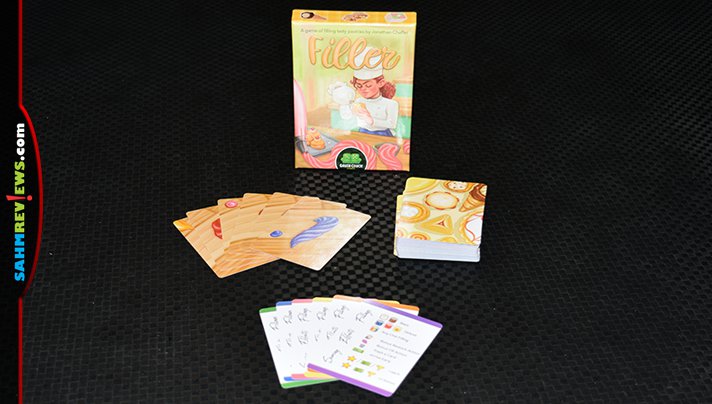 Setting up a game of Filler is very quick. Shuffle the deck of recipe cards and count out 10 for each player (Filler supports up to six players). The rest of the cards are returned to the box and will not be used. Each player receives three matching Chef cards of their player color choice along with a reference card. Deal out recipe cards to the center of the play area equal to the number of players plus one. 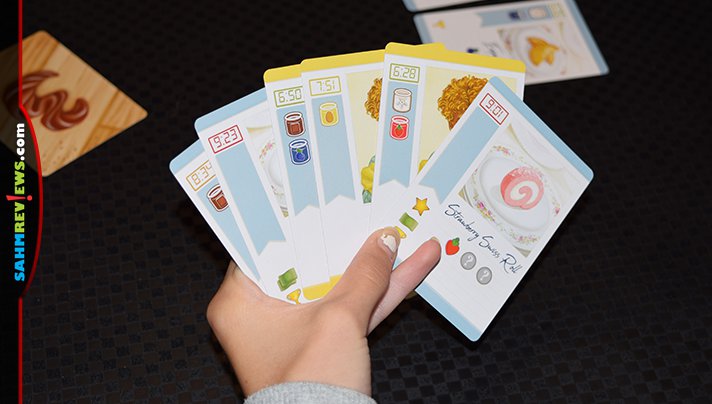 As previously mentioned, you are a chef responsible for putting filling into various things you’d find in a bakery. Your Chef cards show what ingredients each one specializes in and will use to fill the requirements on the public recipe cards. Player turn order is determined each round (day) with participants choosing one card from their hand and laying it face-down in front of them. All players reveal them at the same time and the person with the earliest time shown on the card will go first. Handy turn-order cards are available to deal out to help keep track of the day’s turn order. 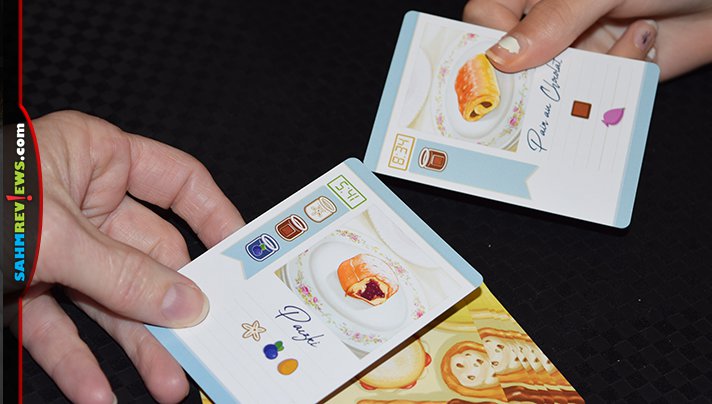 On your turn you can choose to take one of two actions. First, you may choose to fill a recipe by playing one or more cards from your hand that match the requirements on the recipe card you’re working on. Collect the recipe cards and put it into your hand. This may be used on future turns to complete other recipes! Some recipe cards also feature icons for additional bonus actions like filling another recipe on the same turn or collecting all of your discarded cards for immediate use. The cards you used to complete the recipe card, and the original card you bid for turn order, are put into a personal discard pile. 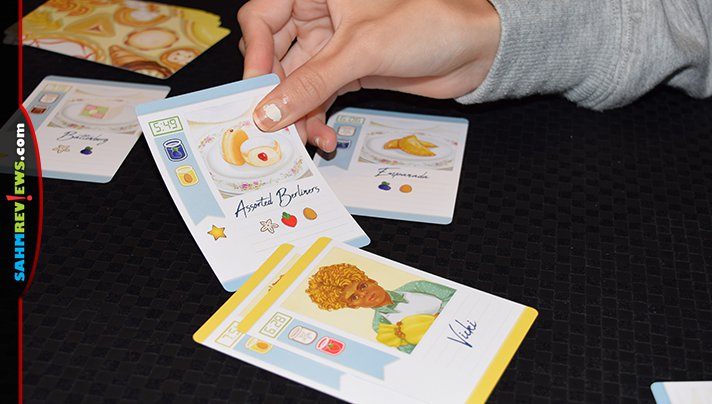 If you cannot, or choose not to, fill a recipe, you may elect to restock your hand by collecting all the cards in your discard pile. Additionally, you may reserve one of the recipe cards on the table by returning it to the top of the draw deck. This prevents other players from being able to steal it this round. 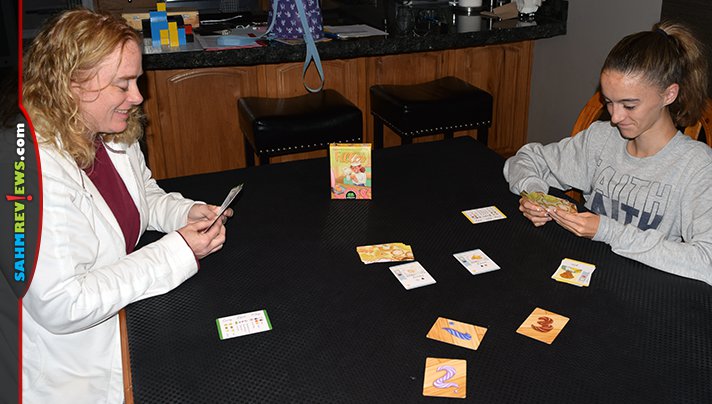 After all players have taken their turn, the recipe book is refilled with cards equal to the number of players plus one. If there are not enough cards to completely fill the book, the game of Filler ends immediately and scoring commences. Many cards are worth victory points, denoted by a star, trophy or money symbol. Each of these are worth one point each. If you manage to collect complete sets of three different, score an additional two points for each set. The player with the highest overall total wins Filler! 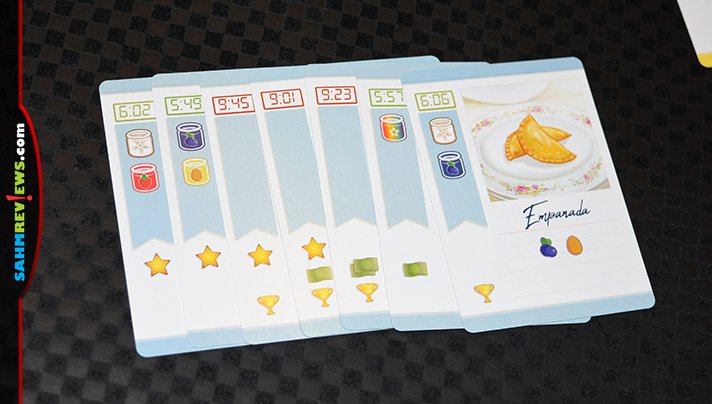 Filler also includes a set of advanced recipe cards that introduce new special abilities that allow you to discard a card from your hand or alter the time you arrive – allowing you to take your turn earlier in the round! A solo variant is also available by turning over the reference cards and choosing one of the six personality cards to play against. The overall rules are the same with special allowances for restocks and custom abilities outlines on the personality card.

You can pick up this cute filler game, Filler, on Amazon or at your favorite local game store for under $15! Stuff yourself with more great items from Green Couch Games by checking out their website or following them on social media (Facebook, Twitter).

What is your favorite filler game?