With over 5,000 new games releasing each year, there’s no shortage of word games or party games on the market to choose from. We’re always trying to find what makes one stand out from another. As an example, we recently told you about games that accommodate seven players.

If you’ve ever watched the $100,000 Pyramid or Password game shows, then you have a basic grasp of Trapwords from Czech Games Edition. The game is divided into teams and it’s the goal of the clue giver to get the rest of the team to guess the secret word. So what makes it different from other word and party games like those? Mainly, your opponents decide on which words you can’t say. Like if you’re trying to describe phone, you might say something like, “That pocket-sized device you use to communicate, surf the internet and take pictures.” But if your opponents say that internet, pictures and device are not allowed then you automatically lose the round. In addition, there’s a board you have to work your way through, including fighting a monster! This word-themed party game isn’t as easy as getting your teammates to guess the right word. If you’re ready to hear more, keep reading!

Trapwords can accommodate as few as four people, but it’s best with at least six or eight. This means there’s one clue-giver on each team per round with two or three people trying to guess. Those are solid numbers. So gather your friends together around the table with teammates seated together. Randomly select five dungeon tiles and place them in a row in ascending order. Add the team player pieces to the first (lowest) tile and a randomly selected monster to the last. Shuffle the deck of secret word cards and the deck of curse cards. Place a curse card next to the second and fourth tiles. Select a matching set of secret word books and give one to each team along with a Trapwords worksheet. 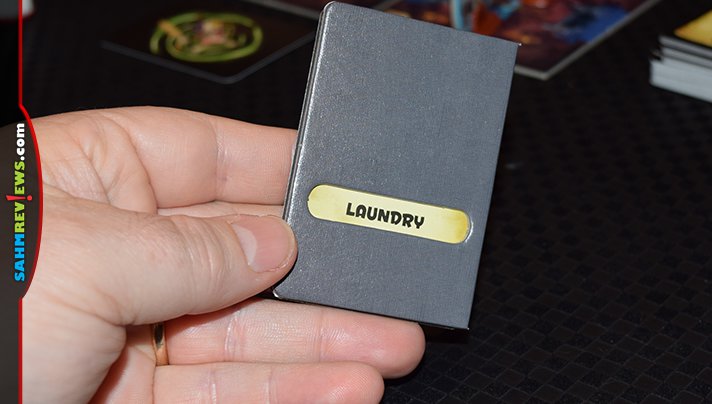 Each team now grabs a secret word card and places it in their book. This will be the word that the opponents are tasked with figuring out. Quietly discuss with your teammates words you think the other clue-giver will use to describe it.

You’ll notice that the worksheet has ten lines for words that will be traps for the opponent. You don’t always fill in that many. It’s based on how well you’re progressing! When you set up the game, you placed the tiles in ascending order. Each round completed successfully allows you to advance one tile. While it gets you closer to the monster and the opportunity to defeat it, it also increases the number of words that are traps. The number of illegal words for the clue-giver is designated by the number on your current tile. 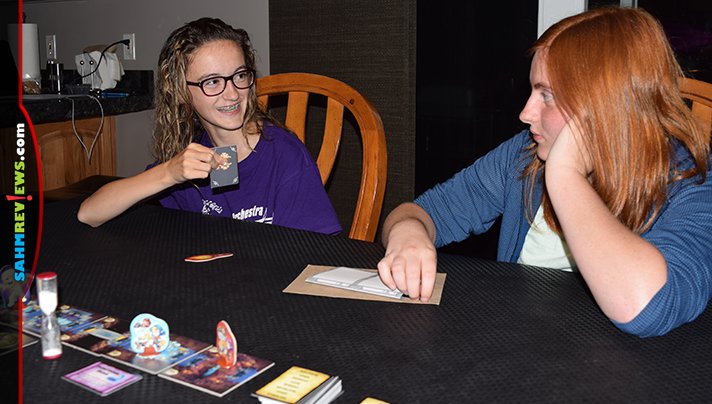 Once each team has written down the trap words for the opposing team, it’s time to start guessing. The team who is trailing will go first, otherwise that privilege goes to the team with the book that contains the gold emblem. Flip the timer and the clue-giving begins! If they say a word on the opponent’s list, their turn is over. You’ll get five guesses to get it right. If you can’t figure it out in five guesses or before the timer runs out then the turn is over and your player marker doesn’t advance. If you’ve managed to guess it without hitting a trap then you move to the next dungeon tile! 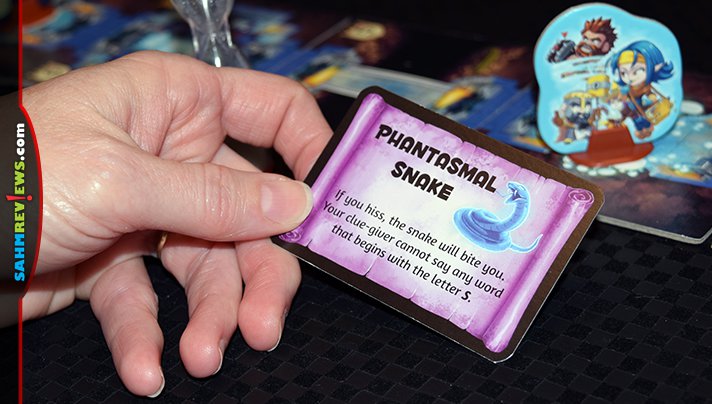 Of course, it isn’t as easy as that, either. Remember those curse cards we placed on the second and fourth tiles? You have to abide by those rules whenever you start in that room! In the event that both teams fail on a round, the monster advances one room closer. The game is limited to eight rounds so it doesn’t take a really long time to play. When you begin each round, rotate which teammate is the clue-giver to give everyone a chance at dodging the traps.

It’s definitely a unique take on the traditional word-guessing game. As a bonus, Trapwords is available on Amazon for under $20! Visit the Czech Games Edition website or read their feeds on Twitter and Facebook to see which other games they’re releasing.

Could you describe something without using obvious words?