Early last month, Scott told you all about our adventures of a research space station gone awry with Escape from the Aliens in Outer Space. Let me tell you, it is a great semi-cooperative game and you know how much I love cooperative games so this one really fit my bill. BUT…I wasn’t expecting nor prepared for the adrenaline rush caused as a result of being chased by everyone else. 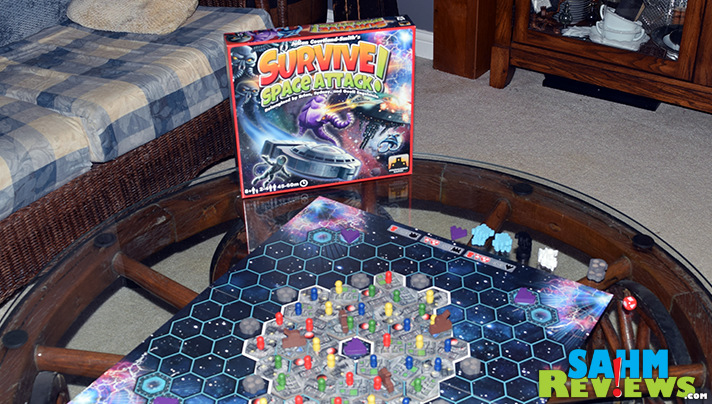 Sometimes you’re in the mood for an alien-themed game that doesn’t cause such anxiety and that’s where Survive Space Attack! from Stronghold Games comes into play. This space station is designed for relaxation and enjoyment with all the amenities of a five-star hotel. Doesn’t that sound much better? Yeah? Don’t get too excited because some aliens are about to ruin that nice vacation you planned for yourself.

The space station is made up of Cargo Bays, Habitats, Bridges and Reactors (all randomly placed on the board). Outside the station are 5 alien queens along with some stealth warrior and spawn aliens ready to destroy the station. The goal is to get as many crew and passengers from the station out to the safety of the jump points. Good luck with that. 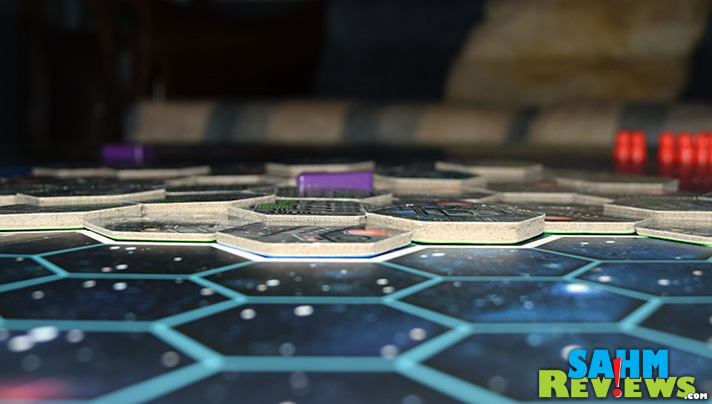 Let’s start with the setup. You may notice that the cargo bay tiles are thinner than the habitat tiles. The bridges are slightly thicker than that and  the reactors are the thickest. This symbolizes what parts of the station are weakest and the order in which they will be destroyed by the aliens. The station is assembled randomly then players take turns strategically placing their crew tokens. Each of these tokens has a number on the bottom representing the value of that member should they make it to safety. Since the winner is determined by the most value they are able to save, ensuring the safety of high level ones is pretty important. Before the game starts is the only time a player can look at their tokens’ values so placement should be done with care and attention. I guess not all meeples are created equally… 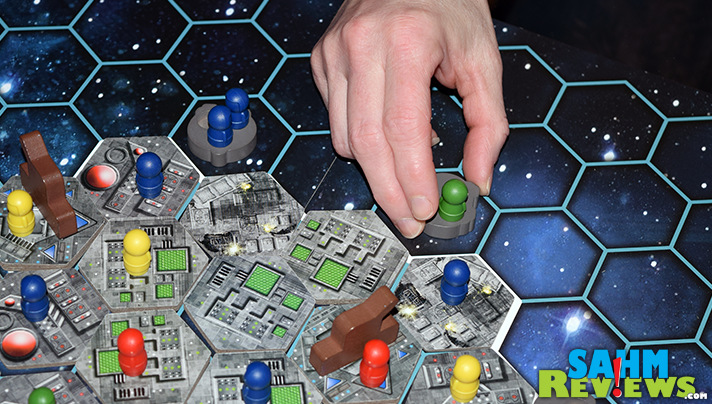 So you’re probably asking yourself (or me) “How do I get myself and my people to safety?!” That’s a great question. You have three choices to get from the station to the jump point. (1) Take an escape pod which can hold up to three people. (2) take command of a fighter jet or (3) float really slowly in the comfort of your space suit. On any turn, players are allowed any combination of three crew or ship movements. That can include single steps across the space station tiles, up to three spaces with an escape pod, a straight line (until you run into something) in the fighter or floating one space in your suit. 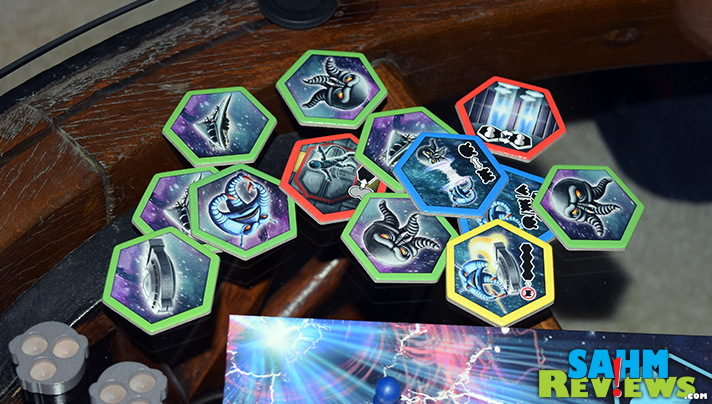 While you and the other members of the station are trying to utilize the limited number of ships and escape pods, the aliens are gradually destroying the station one piece at a time. On each player’s turn following their crew/ship movement, a tile is flipped and removed from the board. Tiles include four types of reactions. Some are played immediately, others when an opponent causes something to happen, some when you’re ready to go on the offense and others when the creatures attack. Didn’t I mention that yet? 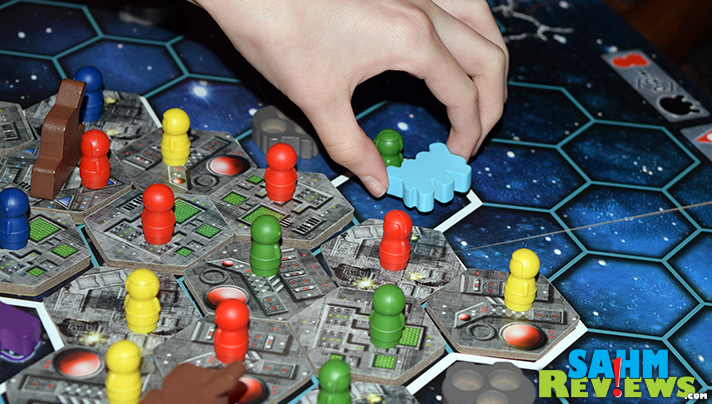 In addition to attacking the station, the creatures are also after the people! After each player flips a station tile which represents part of the station being destroyed, the active player rolls the creature die then proceeds to move the creatures accordingly. Queens only move one open space but destroy any ships containing passengers. Their chances of making it to a jump point have just disappeared into space! Drifters (those characters floating in their space suits) are also killed. Queens have no interest in empty ships so those are unharmed. Spawn creatures move one or two spaces, killing any drifters where the creature stops. Ships, with or without passengers, are safe from spawns. Warriors, on the other hand, are after ships! Moving up to three spaces or until it runs into a ship, it destroys the ship causing those passengers to become drifters. 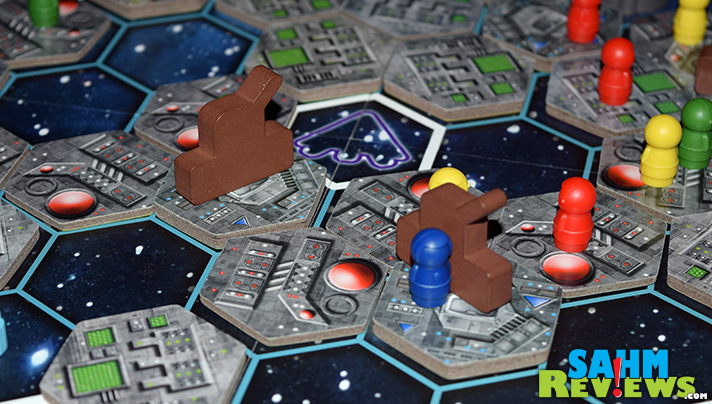 Fighter ships and laser turrets on the station allow a player to take control of the creatures and utilize them against other passengers in future turns. On each turn, a player standing on a space containing a turret with line of sight to an alien may use one of their movements to shoot and capture the aliens. Fighter pilots capture ones they attack while out in space.

This process continues until he space station experiences a core breach (it’s one of the tiles). When this happens, the entire station, any crew still on board or floating in space are lost. Players reveal the numbers on the bottom of all rescued crew and passengers and the player who has achieved the highest value wins.

Yes, it’s still a game about being attacked by aliens (by proxy of your opponents) but the every-man-for-himself approach makes it quite a bit less stressful. Plan yourself a space station vacation and pick up a copy of Survive: Space Attack! on Amazon for around $30 or direct from the Stronghold Games website. If you’re looking for a beachier theme or want to accommodate more players, check out the other themes and expansions in the Survive line. Dock your ship on Stronghold Games’ Facebook and Twitter pages to learn more about upcoming games, promotions and events.

What amenity would make your space-station vacation out of this world?