Home / Recreation / Games / Games to Watch for at Gen Con 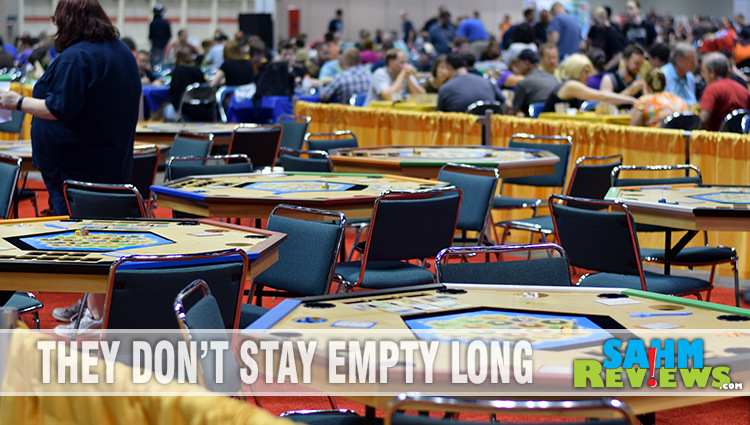 Games to Watch for at Gen Con

Last year we made our first trek to North America’s largest gaming convention, Gen Con. It was so much fun that we immediately made plans to return this year, this time with kids in tow! I don’t know who is more excited about hanging out with 65,000 friends, me or the girls. I’ve said it before and it bears repeating – Gen Con has the friendliest convention crowd of any gathering this size.

We’ll see cosplay, tournaments, a live True Dungeon and more board gaming than most see in a lifetime. But let’s be honest, the real reason people come from all 50 states, every Canadian province and dozens of countries is to get their hands on games that are fresh off the boat. For the United States, Gen Con is THE place to release new games. And we as consumers suck it all up!

This year there seems to be a slew of long-awaited games finally making their debut at Gen Con. I haven’t seen numbers for this year, but know that last year there were over 200 new releases during the 4-day event. Of course some titles are known, then others surprise everyone (Codenames last year was unknown before Gen Con, now is a staple in most game libraries)! Here are a handful of the most desired that should debut at the convention in August:

Fireside Games and USAopoly have partnered to bring you this fresh take on Fireside’s Castle Panic game. Instead of defending a tower you are tasked with defending the U.S.S. Enterprise and taking on a role of one of the original crew members. It will support up to six players and is expected to retail for under $40.

Legacy games are the new hotness, and this game was years in the making. Plaid Hat Games should have a handful of copies ready to go by the time the doors open on the first convention day. Expect long lines and short inventory of what is probably the most anticipated game of the year.

Stonemaier Games won’t officially have a booth at Gen Con, but no doubt there will be copies of this successful Kickstarter campaign floating around for sale. I had a chance to play a friend’s copy last week and will be looking to add it to my own collection. If you see one anywhere near the retail price, grab it. 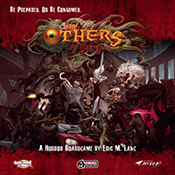 One of Cool Mini or Not‘s biggest Kickstarter campaigns to date, this slightly-delayed game based upon the seven deadly sins is expected to be available in limited quantities during Gen Con. Player’s manage corruption as the primary resource, utilizing it to fuel special powers while being mindful of overindulging. As you’ve come to expect of CMON, The Others has beautiful miniatures and fantastic graphics throughout the game. If only I had backed it when it was available last fall so I could get all the extras!

Boldly go where no one has gone before. In Star Trek™: Ascendancy, you control the great civilizations of the Galaxy, striking out from your home worlds to expand your influence and grow your civilization.  Will you journey for peace and exploration or will you travel the path of conquest and exploitation?  Command starships, establish space lanes, construct starbases, and bring other systems under your banner. With more than 200 plastic miniatures and 30 star systems representing some of the Star Trek™ Galaxy’s most notable planets and locations, Star Trek™: Ascendancy puts the fate of the Galaxy in your hands. 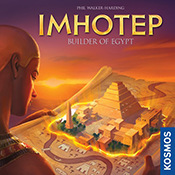 Technically this was available at Origins Game Fair, but quickly sold out each day. Hopefully there will be more at Gen Con, especially in light of its Spiel des Jahres nomination for Game of the Year! Players become builders in Egypt who want to emulate the first and best-known architect there, namely Imhotep. Over six rounds, they move wooden stones by boat to create five seminal monuments, and on a turn a player chooses one of four actions: procure new stones, load stones on a boat, bring a boat to a monument, or play an action card. While this sounds easy, naturally the other players constantly thwart your building plans by carrying out plans of their own.

If any (or all) of these are on your want lists, be sure to get there early each day. Publishers typically only set out a few dozen copies each morning, and when they’re gone – they’re gone! Of course, there’s always next year!

What game(s) are you anxiously awaiting?

24 comments on «Games to Watch for at Gen Con»