Home / Recreation / Games / Big-Box Retailers Are Finally “Getting It”! 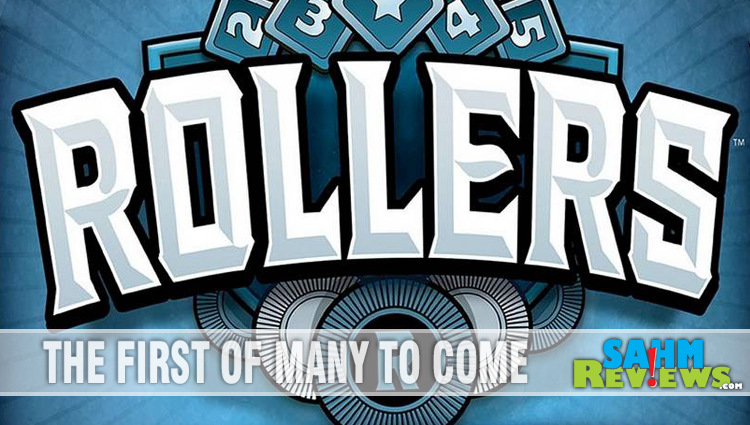 Big-Box Retailers Are Finally “Getting It”!

Probably the most obvious mantra about games at SahmReviews is that there are so many more options to families than just what you see on the shelves of your local big box retailer. Sure, classics like Monopoly, Life and Yahtzee still have a place in every household, but what should you move on to next once you’re tired of sliding down chutes and had your fill of candy?

It is estimated in 2015 there were over 5,500 new game titles issued from 100’s of publishers big and small. I don’t doubt that figure at all. Last year we featured almost 200 new games and every time I look around I see many more I’ve never played or even heard of. One can only imagine the facility needed to house just one copy of each one in a comprehensive library!

It looks like our preaching may have to come to an end. Major retailers are taking notice (finally) and not only beginning to stock more less-than-mainstream games, they are also contracting with publishers to make exclusive versions only available at their stores! Target is at the forefront of this movement having already issued a handful of previously-unknown games last month including a card game remake of the classic video game, Oregon Trail. At the same time was a new version of the hugely popular King of Toyko and a late-night version of the Spiel award winning Codenames. Rumor has it there will be nearly 50 Target-exclusive games to hit the shelves this fall!

We were able to preview a number of these exclusives while at GenCon this year and will be bringing you sneak peeks of many over the next few weeks. The first we had a chance to try out is already on Target’s shelves and is by one of our favorite publishers, USAopoly. No longer a Monopoly-only company, we’ve already shown you their version of Bang the Dice Game and the science-themed Nefarious. And you can’t forget Wonky – still a game night favorite here in Iowa! Now they’re offering up Rollers, a strategic dice rolling game that plays up to five! 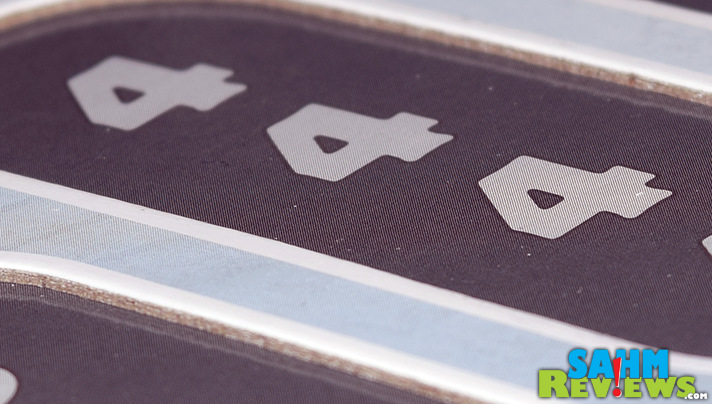 I first noticed the multi-layer player boards. Instead of flat, two dimensional mats, Rollers utilized a board made up from laminated pieces, creating cavities in which to put the included tokens. No sliding around and easy visual identification makes these color-coordinated player aids really stand out. Also included are 75 matching game board markers along with 75 chips. The six custom dice are nicely kept in the custom box tray included with each copy. 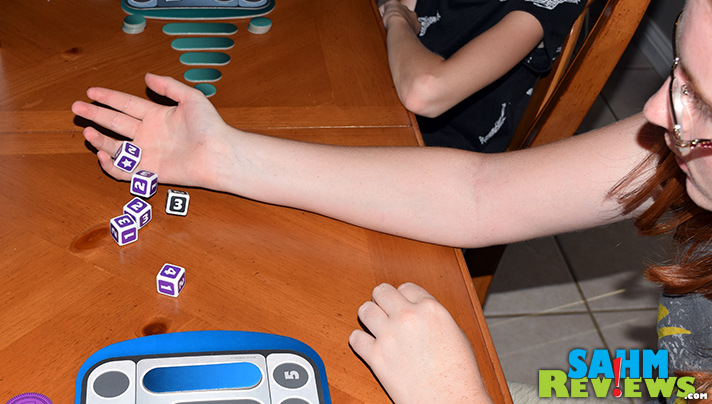 The object of Rollers is to be the first player to score 5 points after multiple rounds. During a round each player takes turns rolling their six dice “Yahtzee-style” (roll up to three times, only rerolling the dice you want to). Each player board has spots for 5 of the dice faces (numbers one through five). 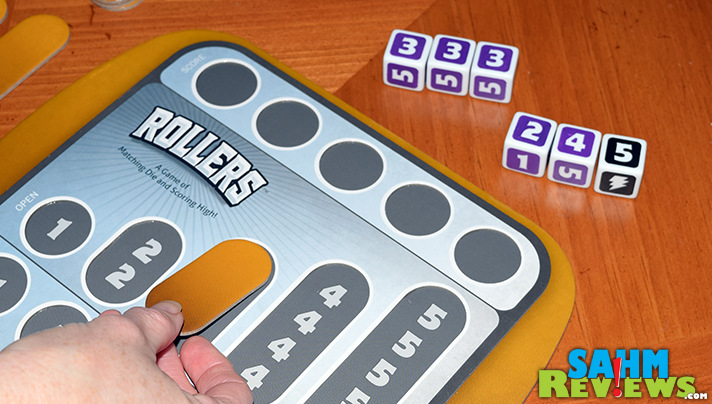 In order to begin the process of gaining chips, you must first complete one or more of the sets pre-printed on your player board. This is what USAopoly calls “opening” the board – roll one “1”, two “2’s”, etc. and fill in those spots on your board with the included markers. Once a number is “open”, you must now “close” it by rolling that number again. Stars on the dice are wild, while a lightning bolt cancels your entire roll and you must re-roll all of the dice you just rolled. 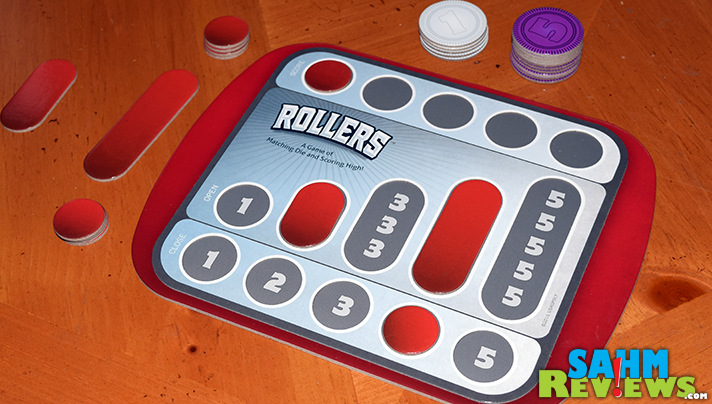 Once you close a number, any time in the future that you roll that number you may collect three chips from every opponent who hasn’t closed that same number. If you run out of chips, you may no longer collect any additional chips this round – but may still continue to play to try to fill out your board.

Players take turns clockwise until one player closes all sections on their game board. The player that completed all sections earns two points (unless he ran out of chips during the game, in that case they are only awarded one point). In addition, the player with the highest total chip value also scores a point. At the top of each player board is a convenient scoring track to fill in as you are awarded points! 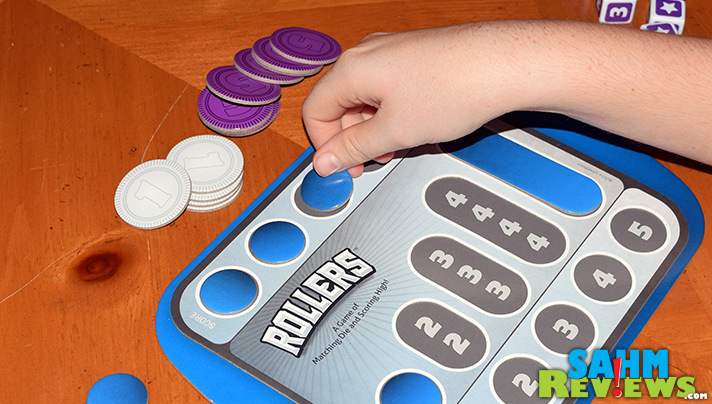 Once scoring for the round is complete, play another round! The entire game is reset (except for the scoring track) and first player rotates clockwise to the next person. Keep playing until one person has at least five points! In case of a tie, the player with the highest chip value in that final round wins!

We’re very excited to be able to bring you details of this Target exclusive game and are anxious to let you in on some more we know are coming down the pipeline. With a price point of under $20, we feel the addition of this (and others) gives parents a variety of choices over classic titles without sacrificing fun. Find a copy at your local Target store or order one online for at-home delivery or in-store pickup!

We’re curious – what do you think about retailer-exclusive games? Good for the hobby? Or will they be too limited?
Rollers Dice Game Giveaway

27 comments on «Big-Box Retailers Are Finally “Getting It”!»