We’ve been regularly attending a weekly game night group that we discovered on Meetup.com. It’s been a little over two years since our first meeting and while we had always played board games as a family, we hadn’t really been introduced to too many outside the standard games you’d find at Walmart. I still remember playing Pandemic for the first time – we won, only to later find out the people teaching us had the rules all wrong. Munchkin was another title that was being played. And one other that we were introduced to that night was Bang! The Dice Game. 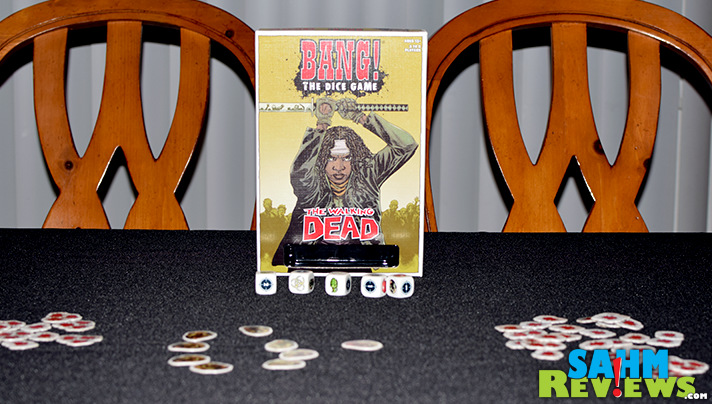 Over the past year it seems that zombies have been all the rage. With the popularity of television shows like The Walking Dead and board games such as Student Bodies, you’re hard pressed to escape them. Last year USAopoly capitalized on the theme and issued an updated version of that previously-mentioned dice game with Bang! The Dice Game: The Walking Dead. Unlike the original cowboys & indians version, this one pits Survivors and Loners against the Saviors!

Designed for three to eight players, Bang! The Dice Game: The Walking Dead is what is commonly referred to as a “hidden role game“. Each person takes on a role and it is up to the other players to determine who they represent and act accordingly. 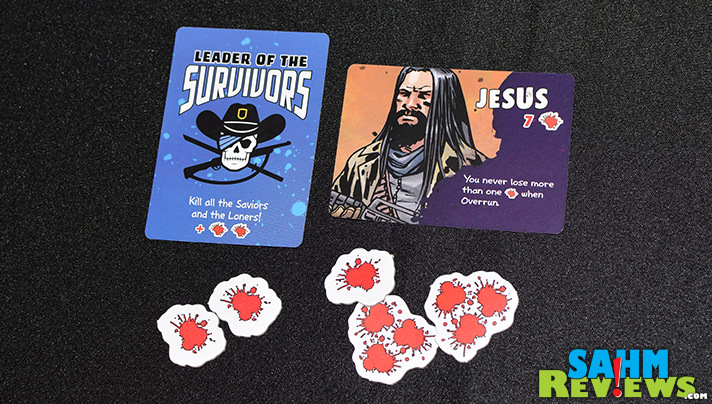 Each player receives two cards at the beginning of the game. One card tells you your character’s name and special abilities. The other is what their role is, whether a Survivor, Savior or Loner. This role is kept secret from the other players, with the exception of the survivor leader – everyone knows who that person is. 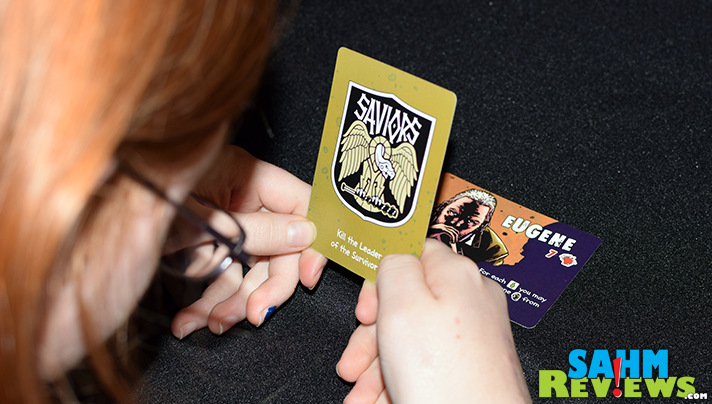 You can think of Bang! as a very advance form of rock-paper-scissors. The Survivors must eliminate all Saviors and Loners. The saviors must simply kill the Leader of the Survivors. While the Loners simply want to be the last character in play. But since the Saviors win if the Leader is killed, the Loners must make sure the Saviors are eliminated BEFORE the Leader is slain. And if there is more than one Loner, they might end up fighting each other in the end!

Depending on the number of players, there are varying setup amounts. As an example, with five players there will be a Leader and one other Survivor, two Saviors and one Loner. With the full compliment of eight there exists the Leader and two Survivors, three Saviors and two different Loners! 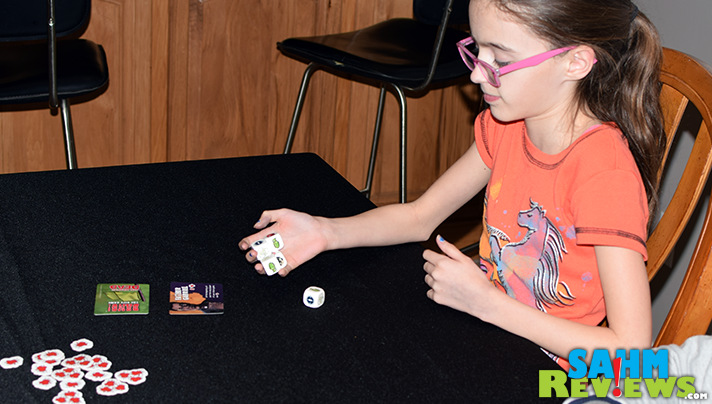 On your turn you roll all five dice and can reroll up to two times (Yahtzee-style). Once you are happy with your roll you begin to resolve the results. For each “1” or “2” you show, you can shoot a person for one damage either 1 or 2 seats to either side of you. It is entirely possible you will be damaging a teammate, so watch each other’s actions closely to see if you can determine their role! 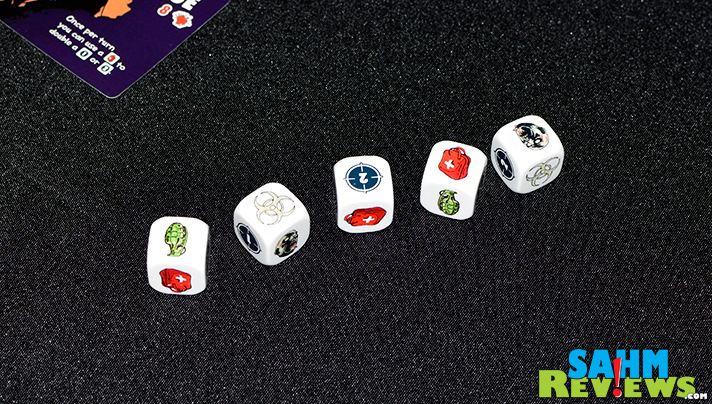 A first aid marker heals yourself (or any player of your choice) for one point. An infection symbol cannot be re-rolled, and if you collect three in one turn, resolve the other dice, lose a point of health and end your turn. Roll a “Walker” (zombie) and you must take a token from the central pile and keep it in front of you. When the last Walker is taken, all players are considered overrun with zombies and each player loses one health for every token they have in front of them. All tokens are then returned to the center to be available again. 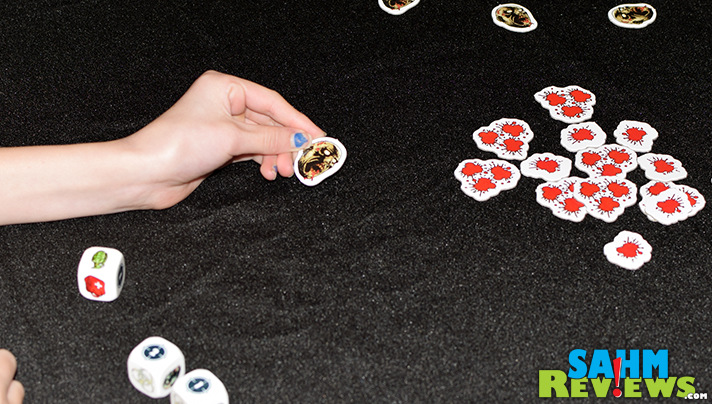 Lastly are the grenades. You must collect three or more to activate them, and when you do so, all other players lose one health and you get to discard any walkers you had previously collected. Continue taking turns rolling until one of the above-mention winning conditions are met! Expect a round to last 20-30 minutes – plenty short enough for multiple games! 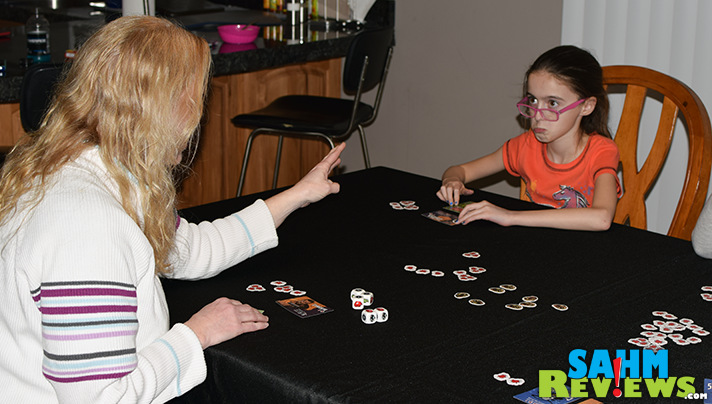 While we really liked the original version of Bang! The Dice Game, USAopoly‘s Walking Dead issue seems more timely. It is a must-have for fans of the show, but beyond that is an extremely social game that thankfully supports up to eight players without extending the play time too far. Get your copy at your local game store or on Amazon for under $20! While you’re at it, check out their other games in the Walking Dead line: Monopoly, Yahtzee and Risk!

Are you a fan of The Walking Dead TV show? Or do you prefer cowboys and indians?