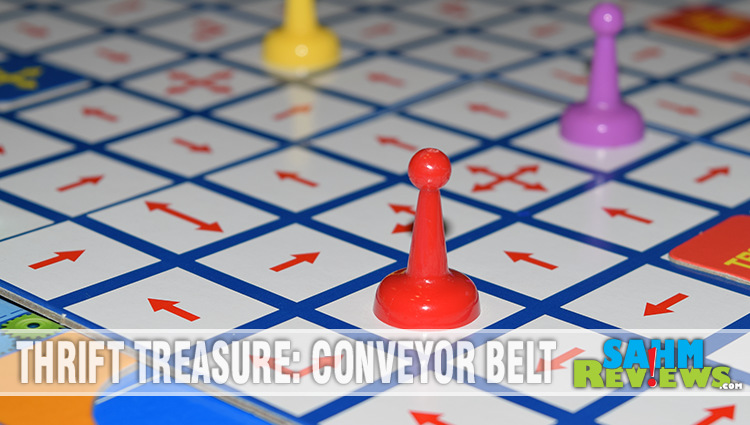 It should come as no surprise that most board games are designed by adults. Whether they’re working for a large publisher like Hasbro or an upstart like Tasty Minstrel Games, designers are almost exclusively above the age of majority. That doesn’t mean kids can’t design games. In fact, many middle schools have some type of game design assignment as part of science/geography/social studies. 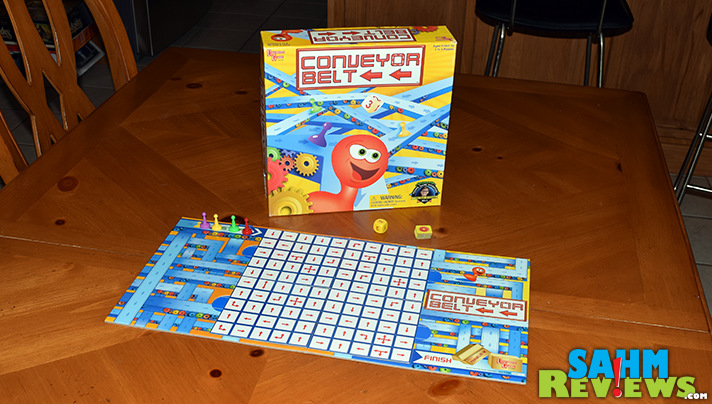 This week’s Thrift Treasure taught us something about University Games and their National Young Game Inventors Contest they hold each year. We found this copy of Conveyor Belt at our local Goodwill and immediately noticed the notation that it was the 2013 contest winner! We couldn’t wait to find out how a kid-designed game (the rules state no parent help allowed) stood up to all of the others on the market. 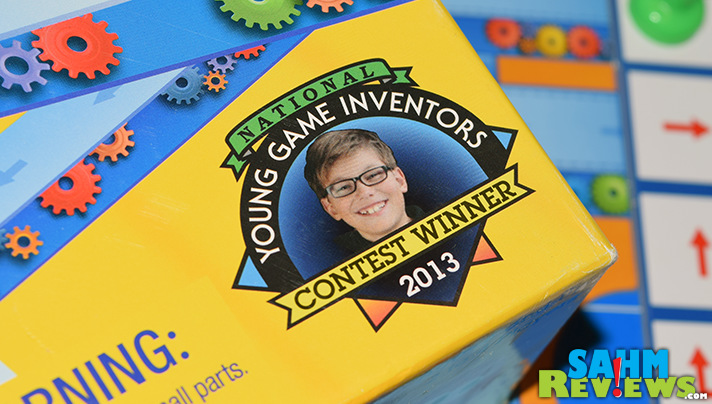 Conveyor Belt isn’t a complex title, but fortunately thanks to the movable tiles has a number of different variations to the playing area. Set up the game by placing the four large tiles randomly on the board, creating the movement area used during the game. 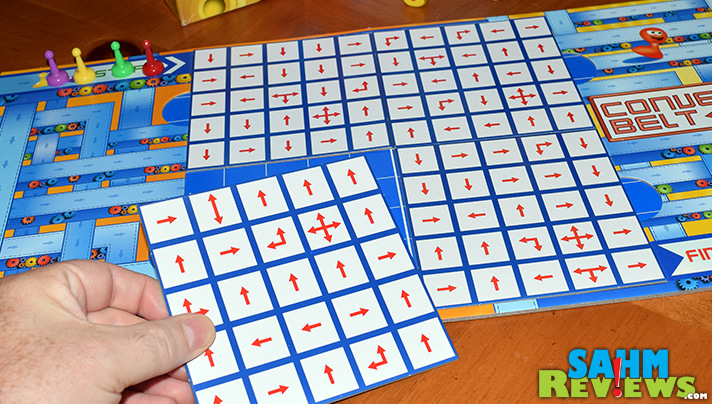 Each player starts with their pawns on the Start space and takes turns rolling the included die. On your turn you move your pawn in a straight line in the direction noted on the space you are on. If the tile denotes two different directions you may choose which direction to move. Hit the edge of the board before your move ends and change direction according to the last space you were on and complete your move. If this new space directs you to keep moving into the wall, simply reverse direction! 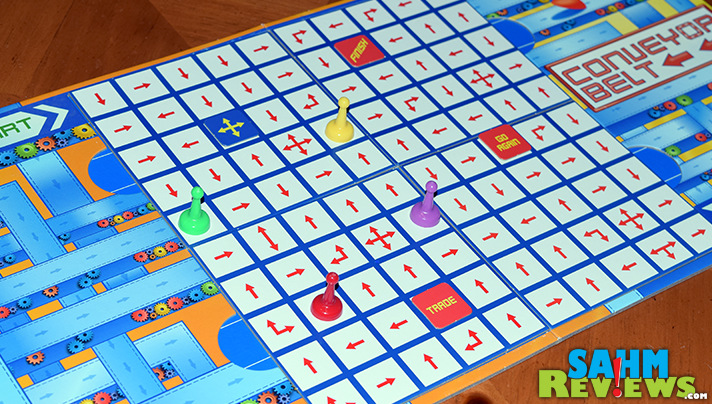 During setup each player is dealt three Belt Tokens which are kept hidden from other players. At the end of your turn you may play a token face-up on the space you ended at. On your next turn you must follow the new arrow direction placed there. If you placed a token with text on it, then treat it simply as a wild and choose any direction to proceed. 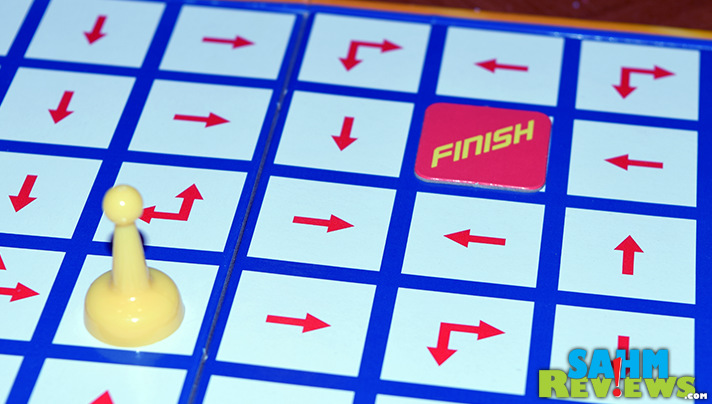 You are declared the winner of Conveyor Belt if you are the first to get your pawn to the Finish area on the board OR land on the Finish token placed randomly on the board by you or another player (it is one of the Belt Tokens). 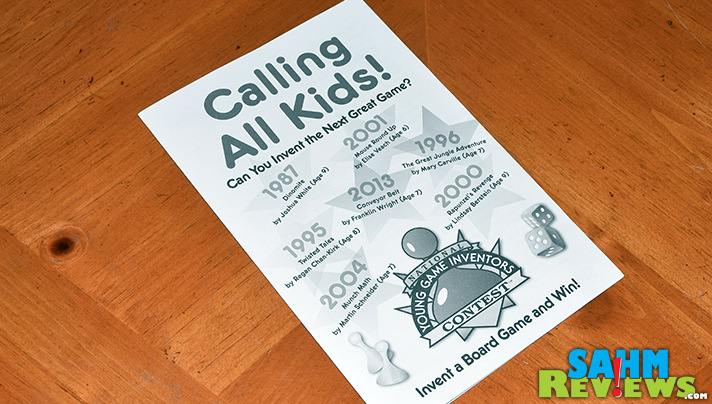 Advertised for ages 6+ and supporting up to four players, we must say that we were pleasantly surprised by Conveyor Belt. It has been our experience that most kid-designed games are simple roll-and-move games (think Candyland or Chutes & Ladders), but the addition of a random game board made this one step above those classics.

You can find copies on Amazon for an amazing price of under $9.00 shipped! Not only should your child enjoy it, it’s a great way to support budding game designers!

Have you ever designed your own game?