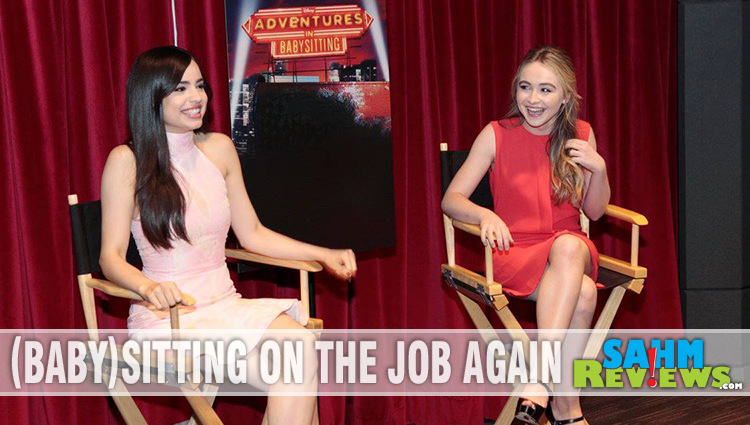 Quite often we share details on how we raise our kids. We discuss eating meals together, watching movies and playing board games as a family. Scott and I share our thoughts on having difficult conversations with the kids and how we address and handle general life lessons. We’re very open about the fact we let the kids play video games, stay up late and explained why we felt getting a child their first phone while in elementary school was important.

A few times have we really discussed something that is extremely crucial to their well-being: role models. Maybe it has to do with their generation, but we’ve noticed most of our daughters’ role models are entertainment professionals, specifically television, movies and music. The interesting part is that the good majority have some connection to Disney: Chrissie Fit and Jordan Fisher, Emily VanCamp, Elizabeth Olsen just to name a few. Kennedy usually expends her extra digital energy streaming Disney Channel on her iPad or watching her favorite Disney shows, like Girl Meets World on Netflix. Just a few weeks ago I mentioned Girl Meets World as a show to utilize in breaking the ice for conversations with kids. But I digress… 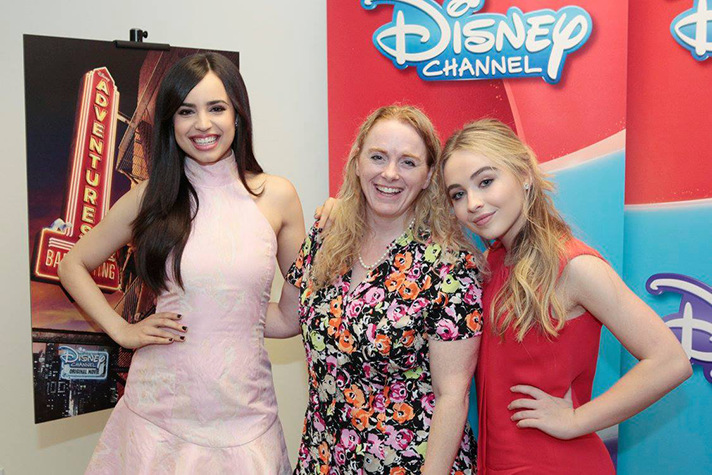 When I met with Chrissie Fit and Jordan Fisher last year, I presented a question from Kennedy and was pleased that they responded so personally and directed the answer toward her. She thought it was cool so sent questions for me to ask Sofia Carson (Star of Disney’s Descendants) and Sabrina Carpenter (from the previously mentioned hit, Girl Meets World) during our Adventures in Babysitting interviews while attending the Captain America premiere in April. 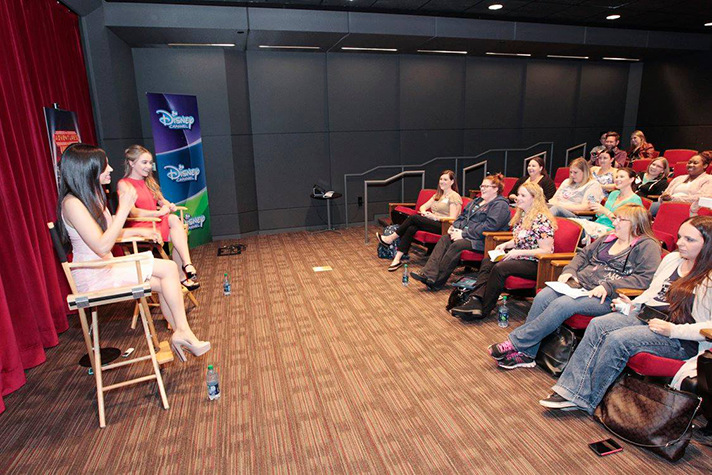 I explained that Kennedy looks up to both of them and that they are fantastic role models. As with Teen Beach, Kennedy had questions about their wardrobes. She wanted to know how Sofia felt about her Descendants wardrobe compared to Adventures in Babysitting. Sofia, in true role-model mode, asked my daughter’s name then addressed her directly with the answer. “Well, Kennedy. I absolutely love fashion just like you. I love both Evie and Lola’s wardrobes, but Evie’s wardrobe was much more fantastical, more fairy tales, definitely girlier, more feminine and a little bit more over-the-top because Evie is Evie. And Lola, her fashion is definitely much more hipster. It’s cooler. It’s real, a little bit rock and roll, a little bit punk. And it was very cool, too. It was a very different side of me.” When both women were asked if there was a piece from their wardrobes they wanted to take home. Sabrina admitted she kept the bra from the Adventures in Babysitting then Sofia admitted she did also. A good bra is hard to find. Wish I had asked what brand it was! 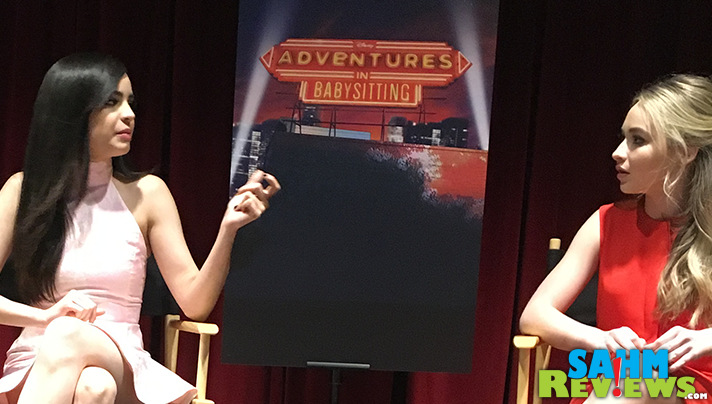 Of course, we had a LOT of questions for Sofia and Sabrina regarding Adventures in Babysitting, role models and more. One of the first was “What’s the funniest thing about each other?” Sabrina quickly chimed in, referring to Sofia, “That she’s NOT that funny.” Sofia actually referred to herself as lame but countered with how Sabrina is one of the funniest people you’ll ever meet, explaining that Sabrina doesn’t even need a script.

When asked if they saw the movie, Sabrina said her mom was a fan of the first movie and she had seen it. She also explained that they were the first to read for the sequel, read together and were both awarded the parts. Sabrina joked, “…apparently I have a thing with sequels…” referring to her hit show Girls Meets World as a follow-up to the original Boy Meets World.

One thing a few of us noticed during the screening is that Lola was limping in some scenes. Curious if it was part of the story, we asked if they did their own stunts. Sabrina was too young, but Sofia was allowed to do her own stunt work. She admitted to tripping while running during one of the first scenes of the movie (which was actually shot in the final week). She said she has a scar from “the lamest stunt of the whole movie.”

When it came to the role model question, they acknowledged that music and movie performers were people they looked up to because of their interest in the industry but when it came down to it, their biggest role models were their moms. Hope my girls feel the same way someday.

So you’re probably wonder what Adventures in Babysitting is about since I really didn’t say to much about that. Adventures in Babysitting is a comical movie about the trials and tribulations of babysitting. It isn’t as easy as just sitting around watching TV and waiting for the kids to go to bed. Lola and Jenny, played by Sofia Carson and Sabrina Carpenter respectively, cross paths applying for an internship. When a mishap occurs and their phones get mixed, Lola decides to accept a babysitting job that Jenny had previously declined. Through the course of one night, they continue to clash in personality as well as babysitting style and eventually find themselves (and the kids they are watching) in a really big conundrum. 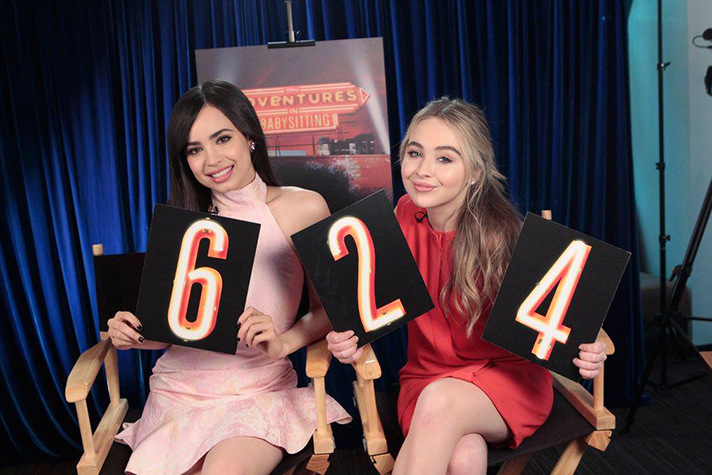 It may show some mishaps of bad decision-making (and sneaky kids) but the overall theme is very positive and is supported by a great soundtrack. The Disney Channel exclusive movie, Adventures in Babysitting, releases tomorrow, June 24th, so plan to watch or at least set your DVR! Catch a sneak peek of the first 10 minutes on YouTube!

What is your craziest babysitting story?