It isn’t very often that a TV show has me so engaged that I’m swearing at it when an episode ends. While loyal readers know that I don’t swear when I write, those who know me in person recognize it is a standard for me offline as well. To say that a show has me riled up enough to curse at the screen is a kind of a big deal.

Shows like Marvel’s Agents of S.H.I.E.L.D. end in such a way that I look forward to the next episode, but don’t upset me (other than wishing I had more than one episode on the DVR to watch.) But a few weeks ago I started watching The Family on ABC and it is a completely different kind of aggravation. The reason I like puzzles and strategy games so much is because I enjoy being able to decipher and figure it all out. I do the same thing with movies and TV shows.

All I can say about The Family is… “Grrrrr!”

Any hope I had of figuring out this show disappeared in the first few episodes. It’s positively frustrating… but in a good way. The last time a show had me this unsure of the direction of the plot was Lost and I swore through that entire series and groan every time I speak of it now.

The Family is my new Lost, filled with twists and turns, unexpected plot lines and unpredictable character development. If you haven’t watched it yet, maybe the question and answer session we had with some of the actors during our trip to Los Angeles last weekend will pique your interest enough to want to. 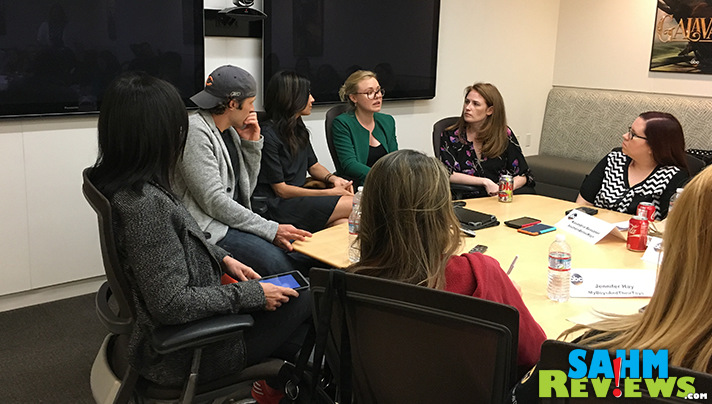 On April 10th, 25 bloggers in town for the Captain America: Civil War media event and were fortunate enough to have dinner and participate in live-tweet during the East Coast broadcast of The Family (Episode 107). Among the guests were Executive Producers Jenna Bans and Laurie Zaks along with talented actors Zach Gilford, Alison Pill and Floriana Lima. Prior to our question and answer session, Jenna Bans provided a brief history of the show’s origins. She said, “I lived in a house, and across the street was a sex offender, and I freaked out and got really scared.” When ABC was looking for a concept which included a mystery thriller, two ideas melded into what we know today as “The Family.” For those who haven’t watched it yet, it’s the story of a seriously messed-up family who lost their son (Ha! There’s that word again: “Lost”) when he was only 10. He disappeared during a political rally for the mom who was running for city council. The man who lived across the street was coerced into confessing to murdering the child. It wasn’t until a young man showed up years later claiming to be the son that people realized he may have been wrongly convicted.

The man across the street who went to jail for the child’s murder… sex offender. Oh, and he’s played by Andrew McCarthy. It’s quite a different role from his part in Pretty in Pink.  During the question and answer session, the team couldn’t rave about him enough. Floriana Lima, “He’s awesome” while Alison Pill proclaimed that he is, “Big MVP this year for us.” Not only is he an incredibly talented director, working on 3 episodes of this season’s The Family, but he also is extremely aware of what is happening with all the characters. They said the amount of detail and attention he pays is incredible and “He’s obsessed with his walk.” 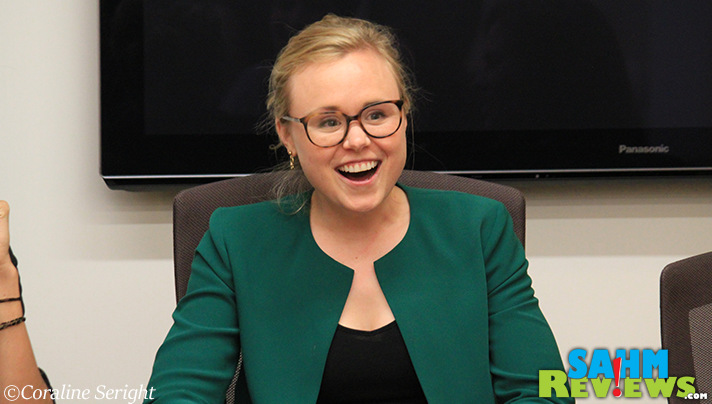 Someone asked whether it’s difficult recovering after being in such a dark place because the show is really intense. Alison said it isn’t a problem when the set is filled with amazing people. During our interview, it was very apparent how well the cast worked together. They laughed a LOT. Floriana continually ribbed Zach about one thing or another. She even SnapChatted him as we teased him for not having a Twitter account. They acted like best friends which I’m sure translates to the dynamics on the set. We also heard all about how Joan Allen made 150 of her grandma’s cookie recipe and brought them in before holiday break. She also went above and beyond to create a potato bar complete with all the fixings. She’s a mother figure on the screen and off.

To learn more about what is happening with The Family, stream some episodes on the WatchABC app or on the ABC website. In addition to teasers on The Family Facebook page, you can also follow the hashtag #TheFamily on Twitter as many of the cast members live-tweet the episodes AND respond in-between episodes as well. They’re seriously engaged with their fans. They even went so far as to inquire about a Facebook fan group that I mentioned during discussions. These people are so fanatical that one asked if I would inquire about a continuity issue with the eye color of the main character. As it turns out, it wasn’t intentional (although with this show, it certainly could have been) but was the result of recasting of one of the characters when the filming location relocated after the pilot.

If you’re like me and enjoy a show with plot twists that make you grumble under your breath about your love-hate relationship with the show, then watch the pilot, binge the season to catch up then add The Family to your DVR. Just make sure you watch it within 3 days of recording because that’s how the ratings determine what should be renewed or not! If you want to watch it live so you can live-tweet with other #TheFamily fans, tune in Sundays at 9pm Eastern, 8 Central.

Have you watched The Family yet? Any guesses what is going to happen next?

11 thoughts on “The Family and My Love-Hate Relationship”