It’s been two weeks since we shared our exclusive interview with the executive producers and cast of The Real O’Neals. Did you have a chance to watch any episodes like I recommended? Hopefully you found it as hilarious as I did and plan to watch it when it airs tonight. Or at least set up the DVR (and watch within the next 3 days!)

In tonight’s episode, The Real Retreat, Pat finds himself a new friend to hang out with while Jimmy lands a position of authority during the annual school retreat. Sounds simple enough, right? Wrong. Not only does Eileen get jealous of Pat’s new friend, but Kenny has been gunning for the position for years and thought this was finally going to be his year to be a leader. He decides to play the role usually held by Jimmy, leader of the retreat’s pranksters and trouble-makers. 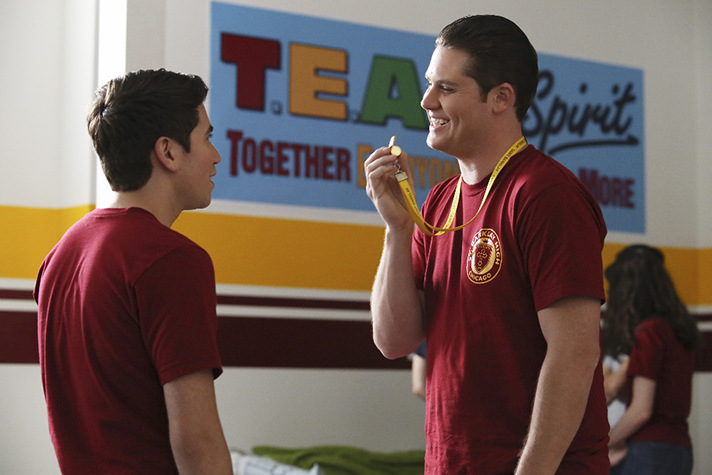 What results are a lot of shenanigans at the retreat with Jimmy and Kenny each looking to outdo the other and Shannon is walking an entirely different path. Who knew a Catholic school retreat could be so…what’s the word I’m looking for?…interesting. Nah. Hilarious. That’s the word!

“When Jimmy is unexpectedly named Faith Leader for the weekend at the Catholic Youth Retreat, a jealous Kenny decides to take on his older brother’s role as ring leader of the bad kids. Home alone without the kids, Pat invites a new lady friend over, and Eileen can’t help but enlist Jodi to spy on them, with surprising results.” 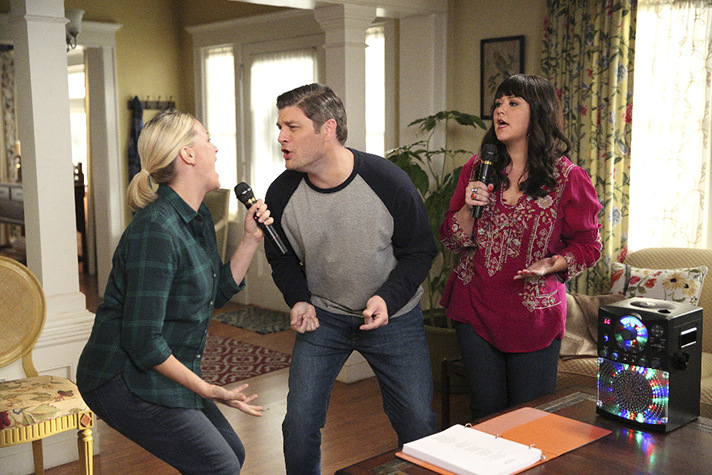 Back at home, there was some karaoke happening with Pat, his new friend, Eileen and Aunt Jodi. During our exclusive interview, Matt Shively and Mary Hollis Inboden shared some insight about their interest in karaoke when they are off the set. Matt confessed about some cast bonding, “…Before we filmed one episode we all went out the night before.” He paused, turned to Mary and asked, “Ah, where is that picture?” 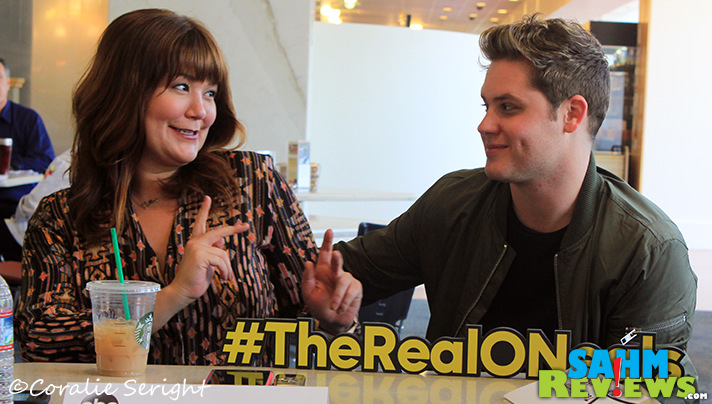 While she shuffled through photos on a cell phone, Matt continued, “It’s an amazing picture of me and Noah and she (referring to Mary) got on top of a chair and we were in a bar and she’s doing karaoke and she’s on top of this chair and we were very worried for her ’cause it was slippery. So it’s like we’re both standing behind her…we both had one arm up and we were just…” 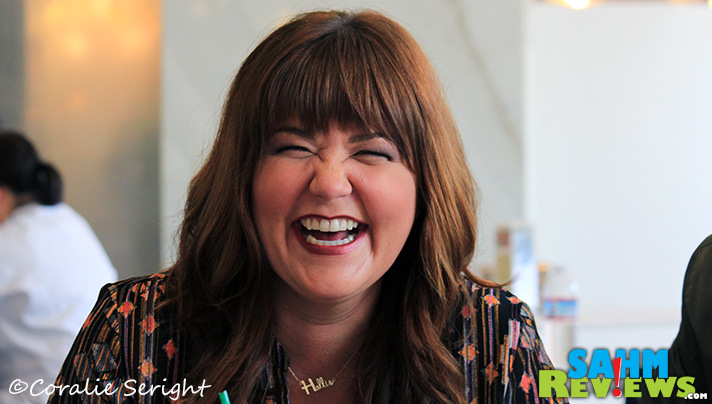 Mary interjected to add some detail, “I’d had a couple of drinks.” Then she took over the story, “And all you hear is Martha Plimpton…from the audience, ’cause Martha loves karaoke too…And you hear her from the back of the house over all of this loud music go, ‘Flank her! Somebody, flank her!'” As they wrapped up their story, a phone containing evidence of the tabletop karaoke incident was passed around the table for all of us to witness. Mary said “Martha took that picture.” She adds to the story, “So Noah and Matt just run up from behind Martha and grab me on each side because they were so afraid I was gonna fall off the chair.” Matt chimed in, “We were giving you your moment…safely.” That night, early in the first season of The Real O’Neals, Matt realized that the casting was something special, a cast that gels and cares about each other as a family. “I haven’t done a lot of stuff but I’ve done enough to where I’ve worked with plenty of people, and this is the first time where, first of all there’s not one weak link in the cast.” This was the launching point for their story about Christmas texting that I shared during my post about The Real O’Neals.

Be sure to catch “The Real Retreat” tonight at 8:30|7:30c on ABC. If you want more scoop, videos and conversations with the cast, visit The Real O’Neals on Facebook or Twitter and join the cast as they live tweet (#TheRealONeals) during the episodes!

Do you enjoy karaoke?

11 thoughts on “Time for Karaoke and The Real Retreat”