Role models are all around us: Teachers, advisers, instructors, athletes, coaches, musicians, clergy and even parents. Yet so often, the most common role models for our children show up on a screen somewhere. Movie, television and even YouTube stars are a huge influence on many kids, including ours. Most of the time that is okay. Sometimes, it isn’t. (Hannah Montana, anyone?)

Don’t get me wrong; I don’t have a problem with super heroes. Everyone likes someone who saves the day. Nor do I have an issue with athletes; they teach kids the importance of perseverance, determination and practice. Actually, all the role models that I mentioned have positive attributes. My concern isn’t the popularity of the individuals who ARE available; it’s the realization that there are limited academic role models available.

Big Bang Theory is one of the few sitcoms that showcases the value and importance of being smart. Unfortunately, it still shows how intelligence and alienation go hand-in-hand AND it isn’t exactly G rated. Several documentaries and reality shows like Battle Bots put a lot of weight on STEAM and that’s fantastic. Do they showcase how girls can be smart and cute and fashionable and rock all at the same time? Not really. Those kinds of role models don’t exist.

Well, then didn’t. They do NOW. Netflix original Project Mc² hits it on the head with a series devoted to smart girls solving problems using their minds. Girls who are smart, yet stylish and cute. And smart. Did I mention that yet?

The premise of the show is that four girls, each with their own talents, come together as a team to solve problems. Knowing the type of shows that Miss K likes, I encouraged her to watch an episode then let me know what she thought. She didn’t watch just one. She watched all three that are currently available to stream on Netflix. When I asked if she could tell me a little about it, she said, “They all have some kind of power. One girl is good at building things.” I asked if she meant like an engineer and she said yes. “And like an inventor. Another one of the girls is good with chemical stuff. Another is the leader. She is good at everything.”

It was cool listening to her tell me all about how awesome these girls were. I mean, how can you not admire a girl who wears pixel glasses? That’s the intersection of where geek meets chic. Seriously. Check out those awesome glasses! 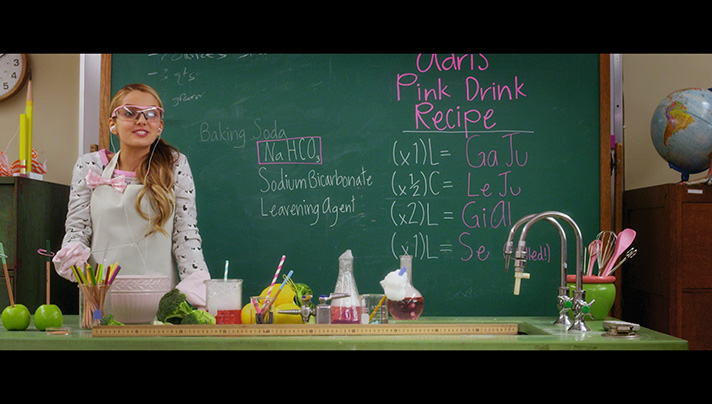 You can learn more about McKeyla, Adrienne, Bryden and Camryn and find out what talents they bring to the team. Your tween can also play Project Mc2 games and go on missions. Maybe they’ll be inspired to want to become a scientist or an engineer! Project Mc2 dolls, science kits and other gear are fun alternatives to traditional dolls.

Project Mc2 on Netflix is filled with positive messages, stresses the importance of S.T.E.A.M while showing that smart girls can be pretty awesome. If you have tweens itching for screen time, encourage them to watch this. It’s just the kind of role models our kids need.

Who does your child look up to?