On many occasions here, we’ve shared healthy recipes like slow cooker meatless chili, talked about snacks for losing weight, concerns about drug interactions, importance of taking vitamins and monitoring our blood pressure. Since DH and I have concerns about our weight, we strive to impress upon the kids the necessity of eating right, portion control and exercising. It’s a two way street though – in an age where everything is super-sized and it’s not uncommon for adults AND kids to be overweight, there IS such a thing as not getting enough.

As you can probably tell from the pictures of my kids, they don’t exactly have weight issues.  Actually, from birth it has been quite the opposite. With Miss M, she was always at the bottom of the weight charts. Under the charts to be exact. Not only did doctors express concern but they put her through a barrage of tests to make sure nothing was wrong with her. Despite me standing there waiving my childhood medical records (that my mom had shipped to me) stating that I was 30 lbs at 5 years old, they still gave me grief. She endured blood draws, urine tests, a sweat chloride test and even a bone age test. Doctors insisted (and I obliged) that she be given a diet high in fats. “Add olive oil or bacon fat to her (baby food) vegetables.” They sent her to Children’s Hospital of Los Angeles and even insinuated that we were malnourishing her. Ultimately, the endocrinologist from Children’s Hospital agreed that it was familial. When they told me to start the testing on Miss K, I told them they were nuts.

The kids have been active in sports and generally eat pretty well. However, a while back I started paying attention to how much Miss K was (or wasn’t) consuming. She’s very conscious about fashion, beauty and appearance and I’ve tried to address any concerns head-on as I see them arise. I had some eating issues when I was younger and I don’t want my daughters to face those same challenges. Even though she is still in elementary school, she exhibits some warning signs.

So when we received an NFL Play 60 Fitnessgram from the school providing a fitness report card for the girls, I paid a lot of attention to it. Their activity levels are at the top end of the charts. However, Miss K’s BMI was at the low end. I wasn’t surprised. 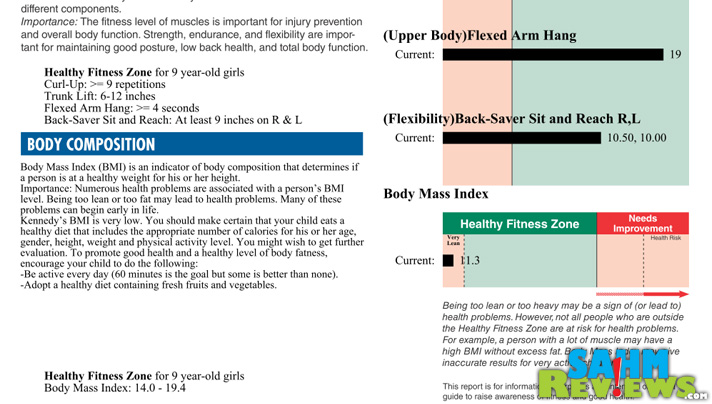 She’s small for her age and extremely light but is proud of exercising, running track and developing her six pack abs. Based on her age, size and activity level, we started to notice she hasn’t been eating as much as we know she should. We’ve talked to her about it and explained our concerns. I pulled out our new Ozeri WeightMaster II 440 lbs Digital Bath Scale with BMI and Weight Differential Detection and decided to see if there was any change from her test at school. 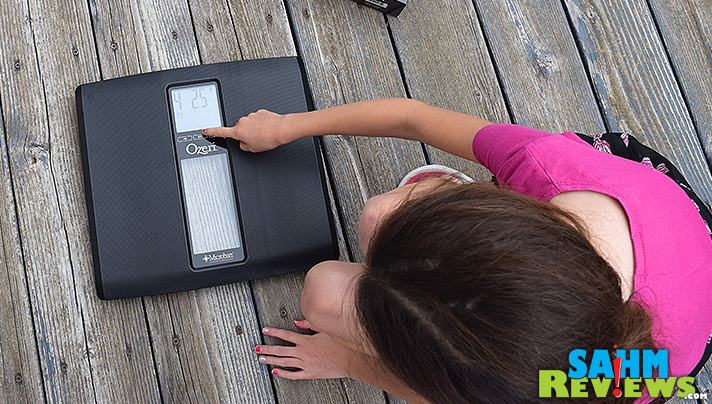 We checked her height then added it in as “P4” (person 4). The scale allows monitoring of up to EIGHT people! After punching it in, she stepped on the scale and the report was almost dead-on the same. We’ll be keeping an eye on that. 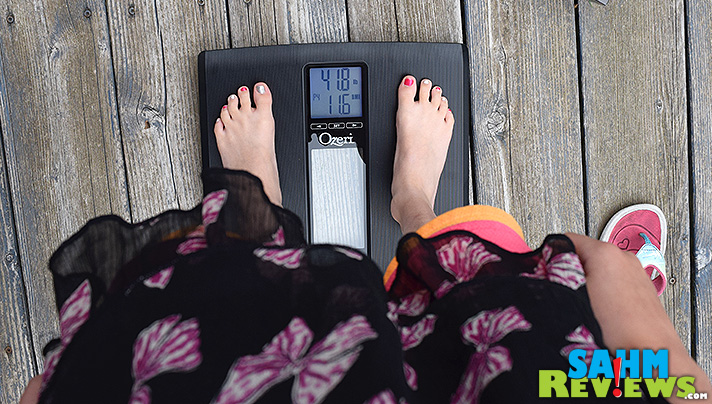 We stress conversation with our kids so I hope to nip any concerns in the bud before they become an issue!

Now I need to pony up and step on the scale myself. Unfortunately, I already know that my BMI is on the high side. Guess it’s time to refocus.

Have you ever used a BMI scale to help monitor your health?

16 thoughts on “Is My Child Underweight?”