When we started watching our food intake a few years ago, one of the most successful habits we adopted was to log everything into MyFitnessPal. Not only did we watch the calories but we also monitored the additional nutritional components to make sure our diet was well-balanced. Most items were easily added individually but in some cases, we needed to create a recipe to figure out the calories and nutritional count per serving. When I created a homemade meatless chili recipe, I was thrilled by the low calories but was astonished by the amount of sodium.

The reason I was so shocked was because I hadn’t added much actual salt to the recipe. As I picked apart the ingredients, I discovered that not only did the canned beans have a high sodium count but so did chili powder. This realization encouraged me to research alternatives and create my own recipe which ended up with only a fraction of the sodium count as the original I had made. 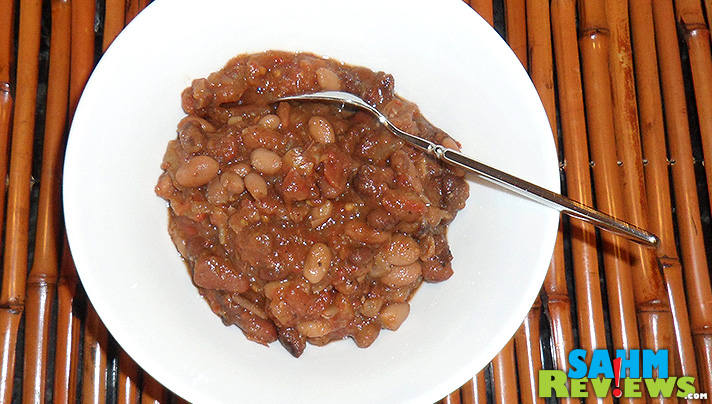 My starting point was to use dried beans instead of canned. As scary as you may think it is, it’s actually remarkably easy. I don’t feel very confident in the kitchen normally but this makes even me feel like a pro.

The day before you want your chili, dump one cup of beans into a shallow dish and remove any anomalies such as rocks. If you have young kids, this is a great time to involve them. Put beans in a quart jar, fill with 3 cups of water and cover with plastic wrap. Repeat for each type of bean. Let the beans soak throughout the day. I soak mine for at least 8 hours. You’ll probably notice that they “grow” as they soak. The kids think this is neat to check on throughout the day. 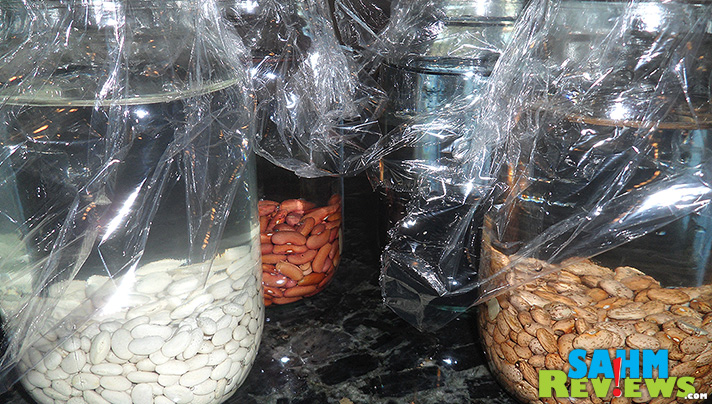 Before you are ready for bed, drain and rinse the kidney beans. Kidney (or red) beans contain a toxin that need to be boiled off before proceeding. Place them in a saucepan with enough water to cover and bring to a boil. Allow to boil for 8-10 minutes. You’ll see the gunk start to bubble up. Drain and rinse then toss in the Crock-Pot. The remaining three types of beans can simply be drained and rinsed then added to the pot. Add enough water to cover the beans completely. Let the beans cook on low and forget about it until the morning. 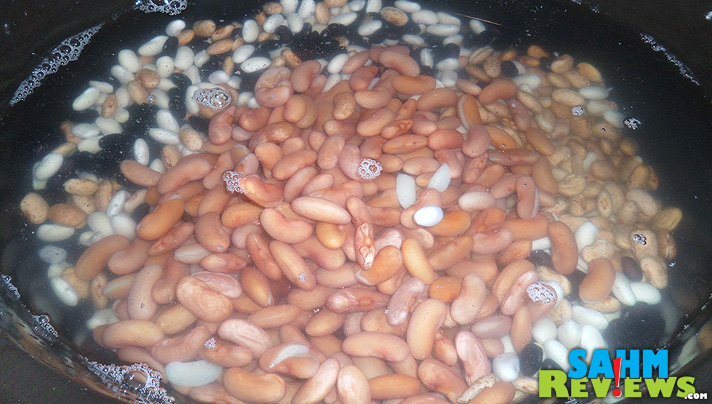 Chili-morning! You’ll wake up to the smell of beans. You may even wake up in the middle of the night to the smell. Now it’s time to make some chili!

As mentioned before, one of the sodium issues came from the chili powder. I didn’t even know chili powder had sodium in it! One way to get a robust chili flavor is to use Chipotle peppers in Adobo sauce. Mince them using a food processor or immersion blender. You’ll need 1 tbsp for this recipe. 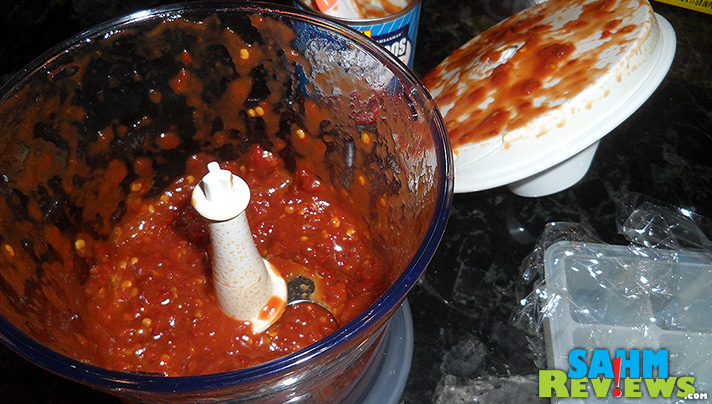 Line an ice cube tray with plastic wrap then divide the remaining amounts into 1 tbsp portions. Freeze. *Later, when they’re frozen, you can remove them and store in a Ziploc in the freezer for future recipes and you won’t have to purchase another can!

Back to the beans. Carefully drain the entire Crock Pot into a colander. Be careful though… if you’re anything like me, you’ll burn yourself. Don’t worry about rinsing the beans though. Just drain them well. 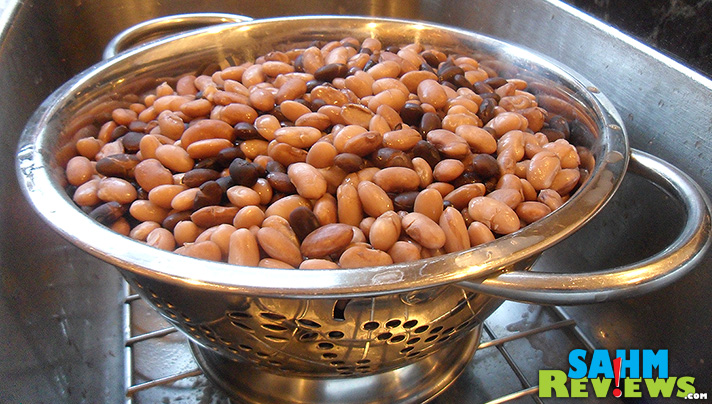 Coarsely chop the onions. Add all the beans back into the empty Crock Pot, add the remaining ingredients and cover. Don’t forget: Only add 1 tbsp of the Chipotle pepper mixture. The rest is for future use.

I use home-canned tomatoes that I grew in my own garden or stole from my mom’s garden (thanks, Mom) which further helps me control the sodium levels. You can use fresh tomatoes or purchase canned. In the event you opt for canned, be sure to read the label. Get whole tomatoes with low sodium levels. 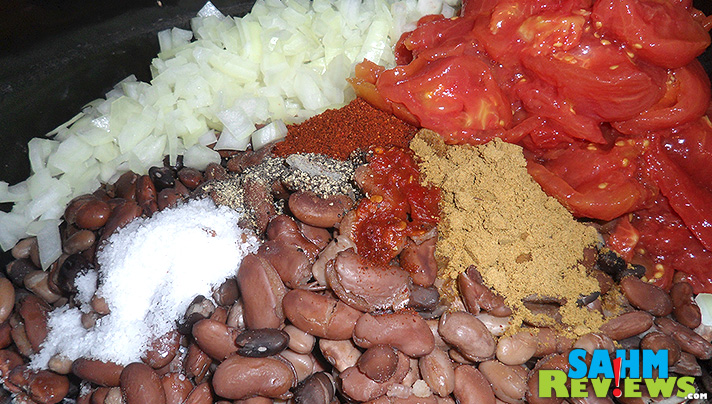 Stir it all together, cover it, set the cooker to low and walk away. If you happen to be around, stir a few times during the day to help disburse the ingredients evenly. About an hour before you’re ready to eat, sample it. I often add a bit more cumin but that’s because I love cumin. The longer it rests, the stronger the flavor of the Chipotle comes through.

The serving size is 1 cup but we often scoop a serving and a half. It’s hearty, healthy and delicious!