Yesterday was another snow day, our fourth of the year. Actually I don’t think any of them were because of snow. They are all due to the frigid arctic cold weather we’ve been having. You moms know what this means:  entertaining the kids ALL DAY LONG because they’re bored. This starts at breakfast, so today I decided to spice things up a bit and make something new – Cinnamon Roll Waffles!

I was inspired by something I read online a while back and this always stuck in my head. It couldn’t be this easy, could it? Just take a roll of cinnamon roll dough from a tube and pop it in your waffle iron? 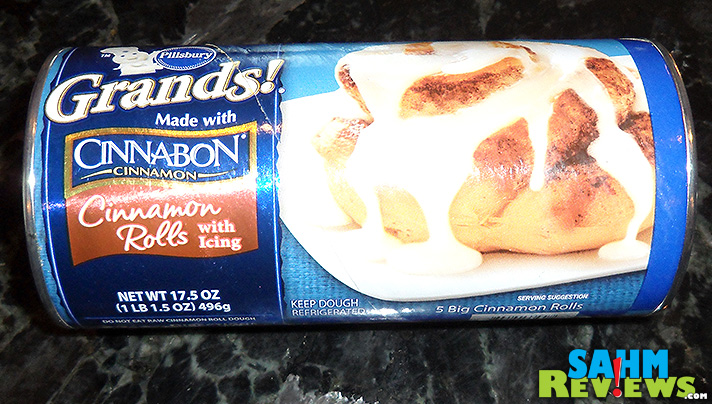 First I have to get the roll open. These things are sealed better than the kids’ cereal bags and those are impossible to open without scissors! 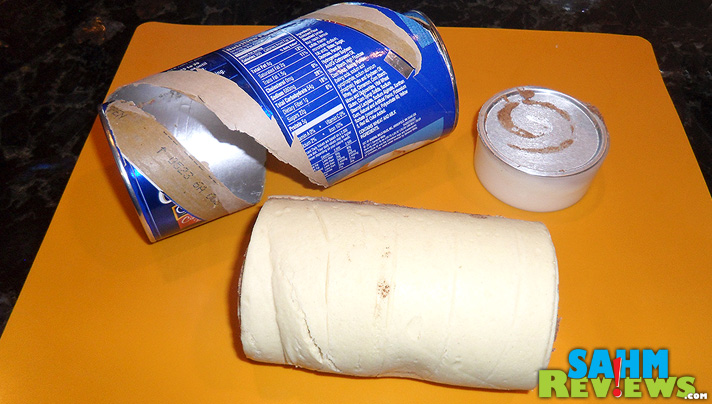 The iron is all preheated, so let’s give it a shot! 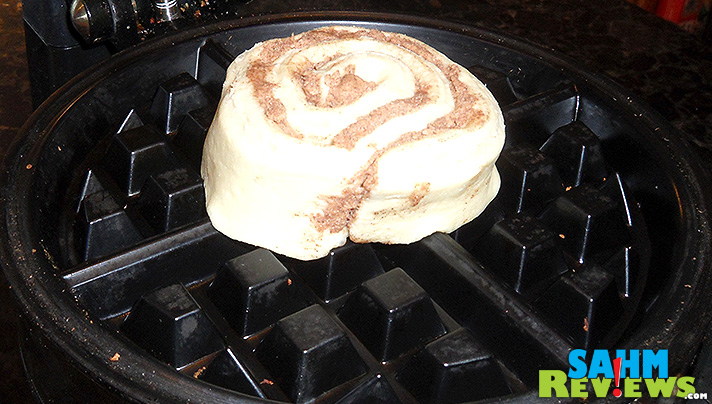 I left the heat setting on what we normally use for our Belgian waffles and it sure did the trick! 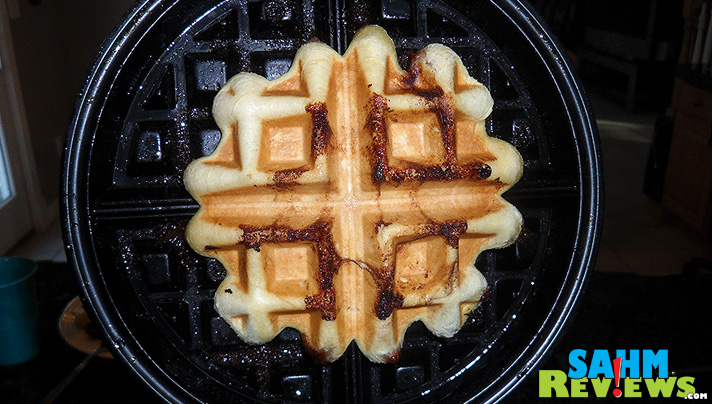 But we cannot forget the icing. It is actually easier to spread on a ‘waffle’ than on a regular cinnamon roll. 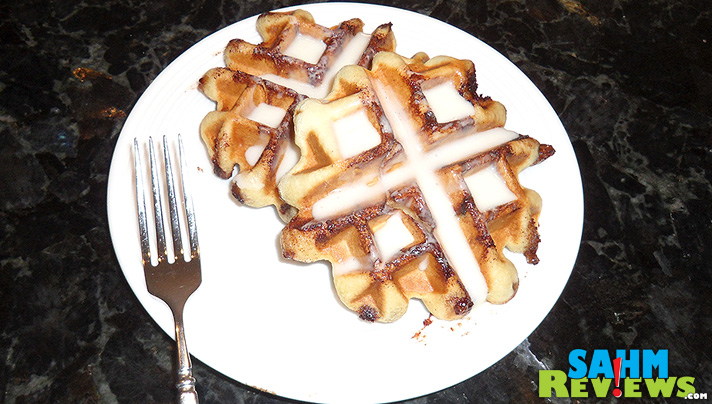 Yes, they do taste as good as they look. The only difference we noticed is they felt a bit heavier since they don’t have time to rise as they do in the oven. But the trade-off is that from start to finish it only takes a couple minutes to complete rather than waiting for the oven to preheat and then cook for 10-15 minutes! I now have a new recipe in my breakfast arsenal! 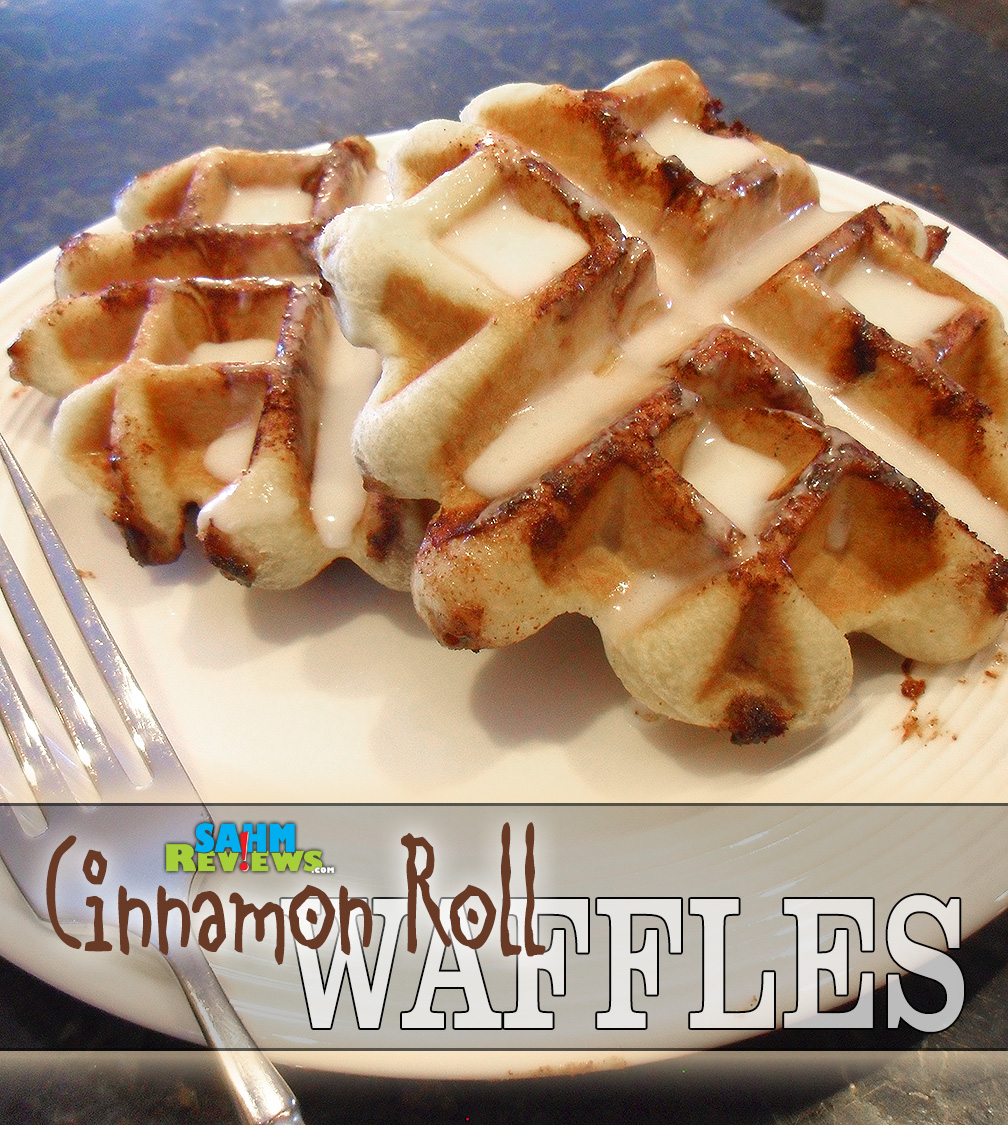