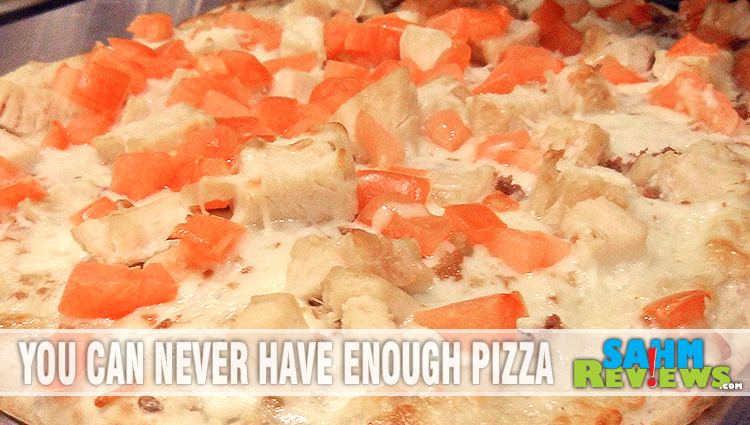 Just around the corner from our house is a Mediterranean restaurant. I’ve always adored Gyros but this particular restaurant has a panini that is all veggie. I’m not a vegetarian nor do I seek out vegetarian dishes. But one day, I decided to try this and I have been hooked ever since.

A few months ago, I saw a photo of a panini float across my Twitter stream and I quickly commented. Her sandwich was made with Stonefire Flatbread Naan. Apparently my ooh’s and ahhh’s caught their attention because they sent me a message with an offer to try their products. Dreaming of making my own Mediterranean veggie sandwich, I agreed and they sent some to us after the first of the year. Not just Naan though. A whole package of their goodies!

When we opened up the box, one stood out. The Garlic Tandoor Baked Naan. We threw it in the fridge along with a pizza crust then the rest went into the freezer. I didn’t have the ingredients on hand at home to make my sandwich so we opted to eat the garlic one by itself. Although it smelled amazing by itself, we opted to toast it. 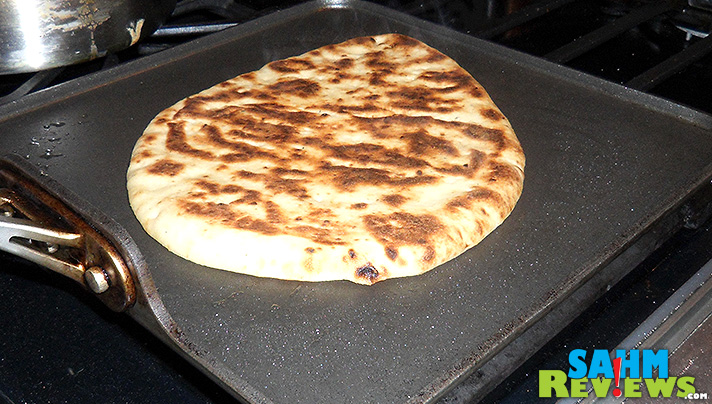 We cut it up and served it alongside our Sauteed Parmesan and Garlic Cauliflower with a garlic dipping sauce. See a little bit of theme here? Yes, we love garlic! THIS was dinner and I was perfectly happy. (Except the garlic dipping sauce took away from the Naan so after only a few dips, I ended up ditching it.)

We still had a pizza crust in the fridge so we did some planning on how to make it. Two of our favorites lately are barbecue chicken bacon pizza and chicken bacon ranch pizza. We grabbed the second pizza crust out of the freezer knowing that it could easily handle being topped and cooked while still frozen.

As we prepped to make them, I discovered that we had already eaten the last of the bacon. It was like Armageddon! No bacon in the house! OR BBQ Sauce, either! That resulted in a slight change of plans: ditch the barbecue chicken and make two chicken ranch topped with bacon bits and tomatoes. 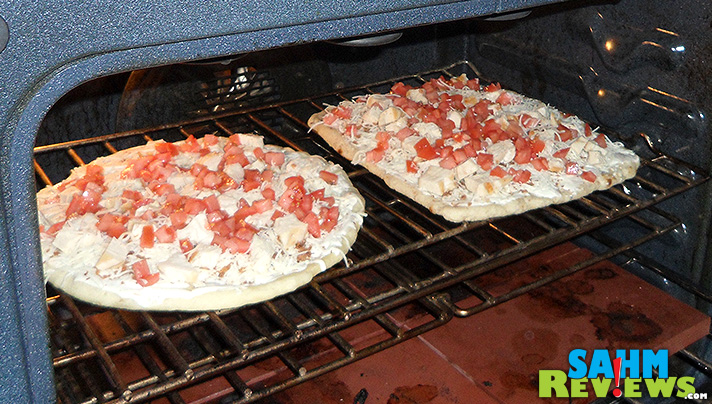 Into the oven they went… then out they came a little while later looking heavenly. Pizza is a weakness of mine. 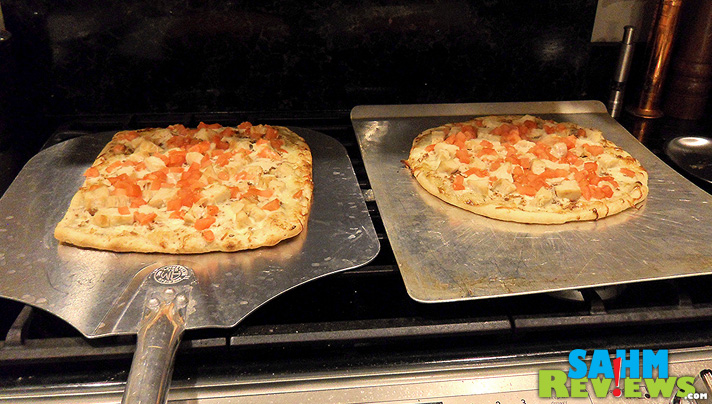 One was made using the Artisan Multigrain Crust and the other was the Italian Thin Crust with Sauce. There were slight differences but both tasted fantastic. Need the recipe? Nah. It’s pretty easy. The crust of your choice, slather with ranch dressing, top with cooked chicken (we used our T-Fal), tomatoes, cheese and bacon bits. Cook until cheese is melted. Yes, it’s that easy.

Visit the Stonefire website where you’ll find product information, recipes and details on how they don’t use artificial preservatives. You can also connect with Stonefire on Facebook and Twitter.

Now I need to buy the ingredients for my Mediterranean Veggie Panini! Stay tuned!