Unless we are talking about debilitating cramps or a serious migraine, I’ve never been one to rely on medicine to help me through my aches and pains. Thankfully, I’m not one who suffers from chronic pain so I’m able to be a little choosier than many people. If I’m sore from working out, I revel in the discomfort as a sign that I worked hard. When I’m fighting a cold, I prefer to let it run its course. As someone who takes a regular prescription and has family members who do also, I often think about the issues taking over-the-counter medicines can cause. Even if I go in to pick up a simple antibiotic, the pharmacists makes special note of what regular medications I take to ensure that there won’t be problems with the mixture of the two prescriptions: whether some ill-effect of the combination would happen or whether one of the prescriptions would nullify the other. I take hypothyroid medicine so if a temporary medicine like an antibiotic caused my thyroid medicine to stop working, it wouldn’t be a life or death issue. For people who take blood pressure medicines, that is an entirely different issue. They even make specially designed over-the-counter products to limit the known interactions. 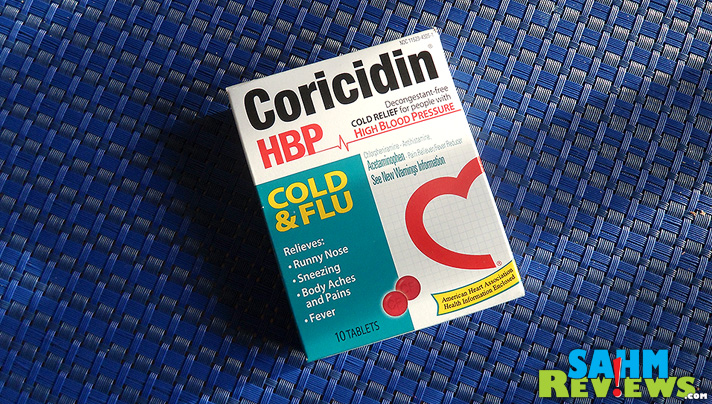 Of course, regardless of whether it is prescription or over-the-counter, a pregnant woman needs to be diligent that she read and follow labels because anything she puts into her body effects more than just her. It is written on the package, as are details about effects of consuming alcohol while using this medication. Yet there is a whole lot more written on the package that few people take notice of. The primary one: Liver damage. You know what I discovered? I’ve never paid any attention to it. There’s a label on the bottle of migraine pills that I take that is clearly marked “Peel Back Here” but I’ve never bothered to peel it back.  Sure enough, at the very top of the peeled back portion I found reference to liver damage.

The American Gastroenterological Association developed Gut Check: Know Your Medicine  to educate people on the side effects of taking over-the-counter medicines: everything from pain medicines to cold and flu products to sleep medications. According to focus group surveys they conducted last year, many adults now that overdosing is bad but underestimate how serious the dangers are. Many unintentionally exceed the dose limit and end up in the hospital with serious stomach and liver damage. Some think that since they do not require a prescription, that means they are harmless. Others just don’t realize the dosage amounts. Taken in the wrong dosage, too often or incorrectly, they aren’t harmless. “Over-the-counter” is not synonymous with “take as much as you want.” Other people simply disregard the warnings because instant pain relief is more important.

During a webinar with Dr. Anne Larson, I learned quite a bit. According to the AGA, Acetaminophen is currently in more than 500 prescription and over-the-counter products and Non-Steroidal Anti-inflammatory drugs (NSAIDs) are found in more than 550. “You probably recognize it best as the active ingredient in over-the-counter products like Tylenol® and NyQuil® but acetaminophen is also in prescription products like Percocet® and Vicodin®.  So if you take Tylenol® for a headache and at the same time take Theraflu® to fight off a cold, you are actually doubling up acetaminophen, despite the fact these medicines were intended for different ailments. “  Similar examples were given for NSAIDs. 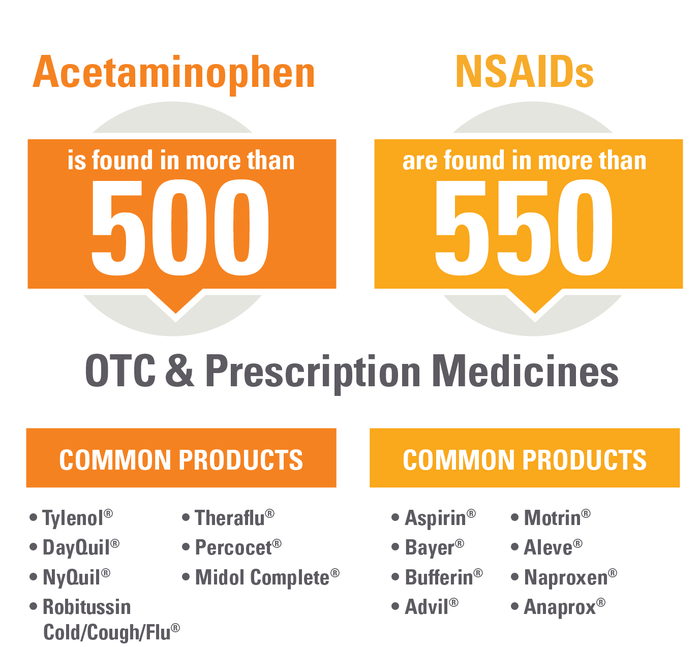 A lot of details were provided about how the body reacts to the acetaminophens and NSAIDS but to break it down into layman’s terms, your body can’t process the chemicals and dispose of them fast enough. An overdose is not easily recognizable and symptoms often mimic those of the flu.
It boils down to one simple fact: the warnings are there for a reason. The AGA recommends following these three steps:>

For more  information, visit the website, follow #GutCheckAGA or AmerGastroAssn on Twitter, Facebook or YouTube. As I mentioned before, I’ve never been one to rely on OTC medicines but I’m an educated person and should have known to read the labels.
I will from now on. Will you?