When my kids were little, we fed them “orange chicken” and they loved it.

No, I’m not referring to the stuff you get at the fast food Chinese restaurant. I’m talking about salmon. Plain, old, ordinary salmon. Somehow, renaming our dinner to “Orange Chicken” seemed easier than arguing with a 2 and a 3 year old about eating fish.

As we continue to strive for healthier foods in our family, we remind the kids that not everything is as it seems. Until you’ve tasted something, it isn’t fair to turn up your nose. Even then, give it a few tries. We regularly try new foods – both healthy and ummm… other stuff. We even try to find ways to make not as healthy stuff a little better. But the main thing is to try new foods.

Miss M has never been a fan of pancake syrup. You would think that any kid who loves Pixie Sticks, Fun Dips and, oh, any kind of candy, would love syrup… Nope. Not my daughter. She wants nothing of it. I shouldn’t complain because syrup isn’t the healthiest of foods on the planet.  Knowing her love of peanut butter, I offered an alternative for breakfast when we have pancakes or waffles. 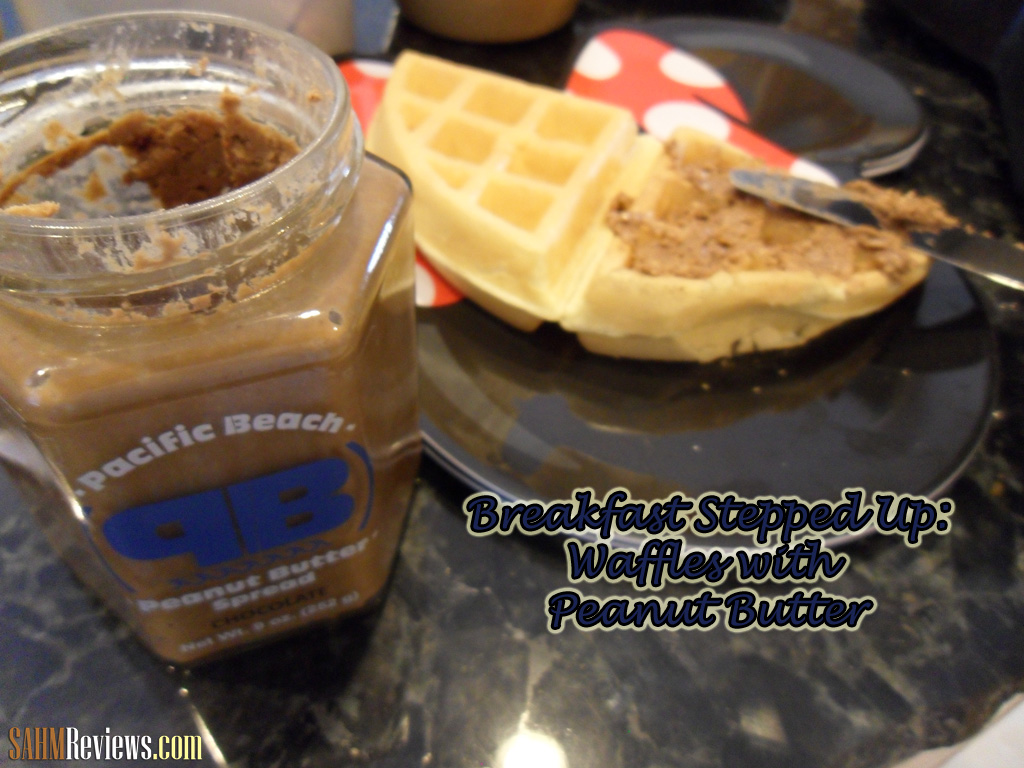 Peanut butter. If you’ve never had it on a waffle with syrup on top, then you truly are missing out on one of the little joys of life. Put it on warm and it melts into gooey yumminess. I was right. She liked it. Scratch that. Loved it. She asks for waffles with peanut butter and topped with brown sugar instead of syrup. Roll it up (as much you can a waffle) and eat it like a taco/burrito. We used to do that when we were in sports and had morning practices. Fast and easy and total carb-load.

Anyway… So we received a package of fancy peanut butter to try out and I debated whether to let the kids try it. Peanut butter is one of my weaknesses, too. These were even better than mainstream though – Chocolate peanut butter, Toffee peanut butter and my personal favorite, Cinnayum. 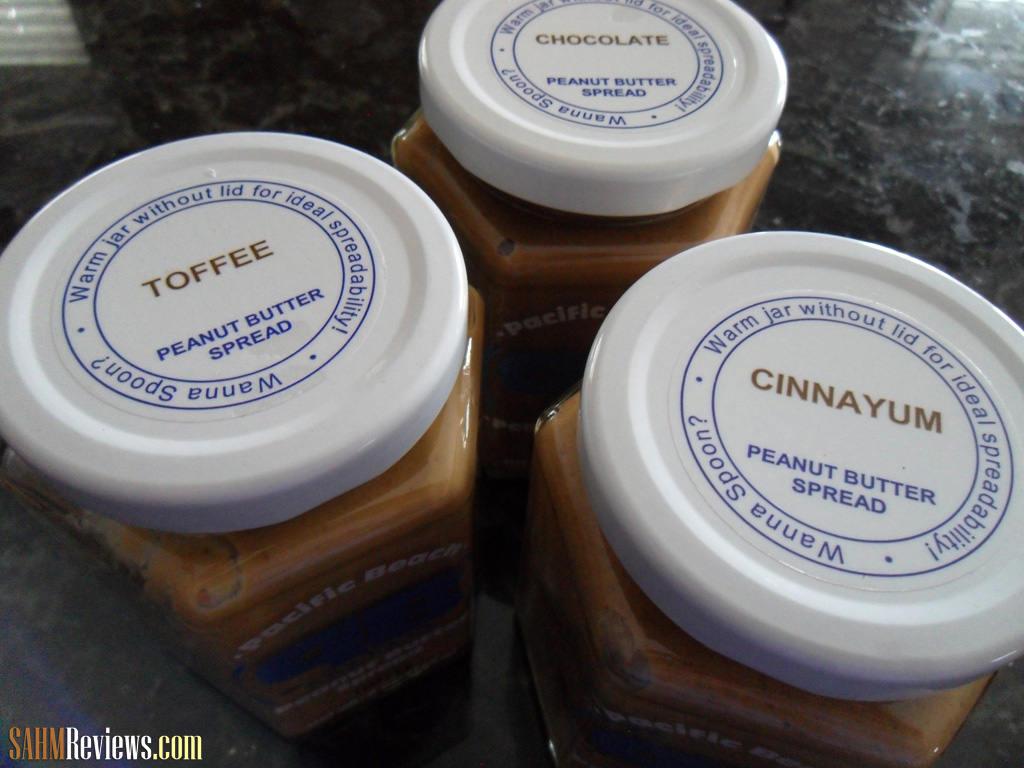 Now I have to ‘fess up and say that when I heard a Cinnamon flavored peanut butter was coming, I wasn’t super excited. Of all the flavors they offer, that wouldn’t have been my first choice.

When it arrived, I tried all three and instantly fell in love. Expecting the chocolate to be the leader, I was surprised how much I enjoyed the Cinnamon! To make a long story short, the Cinnamon didn’t last long as I spooned it out, mixed it with raisins and enjoyed it as a healthy snack. 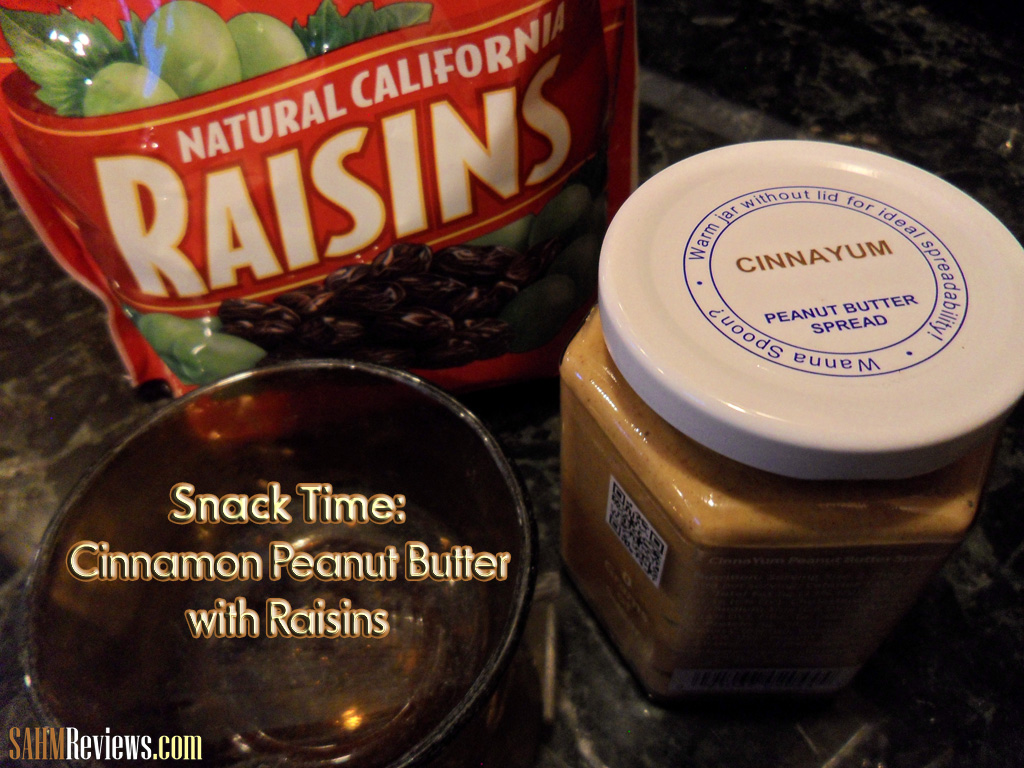 Actually, a LOT more than once.

Okay! Okay! Until the jar was gone!

The kids tried each of them and decided the chocolate peanut butter was their favorite. They opted for it on crackers and even on their waffles. More often than not, they just wanted a spoonful of it.

I found the toffee to be pretty tasty by itself and used it as a way to curb cravings while watching what I’ve been eating. Yes, I know, peanut butter isn’t the best option for snacking but I’m one of those people who snacks a little here, a little there, a little more… always a little at a time… in an attempt to satisfy the craving.  Those “little” bits tend to add up fast. Finding something like peanut butter is perfect if it works. Which it did.

While I can’t see myself buying this all the time, having something like the Cinnayum to mix with raisins as a reward is certainly something I could go for!

For more information on Pacific Beach Peanut Butter company, check out their peanut butter Pinterest boards, find them on Twitter or Facebook. With holidays quickly closing in on us, be sure to check out their gift options!

It’s sooo worth it!

8 thoughts on “Mom! There’s Peanut Butter on my Waffle!”