So far we’ve been pretty lucky with the games we picked up at the Quad City Symphony’s annual Second Fiddle Tag Sale. Tennis was a little ahead of its time and Zaxxon will have a permanent place in our collection. Rummy 21 and Noteability might collect dust or get re-donated at some point. But today’s Thrift Treasure feature? We shouldn’t have purchased it. 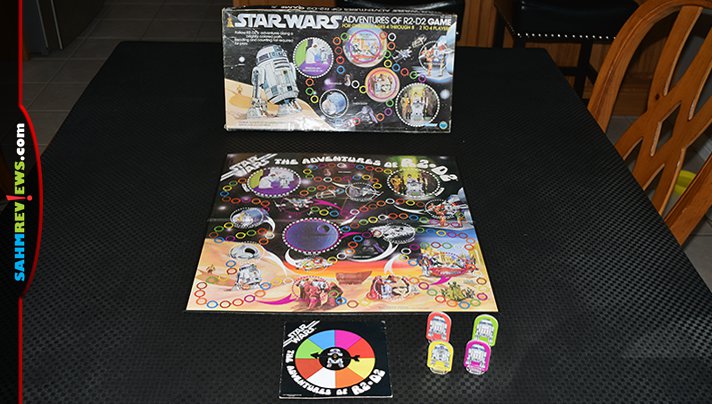 You’ll excuse us for getting excited at finding a Star Wars themed board game for only a dollar. Issued in 1978 during the height of the original Star Wars craze, we should have known that Kenner rushed out a product with more concern for the theme rather than game play. The end result was a slight variation of Chutes & Ladders and one that had us wishing for our money back (at least it went to charity!). 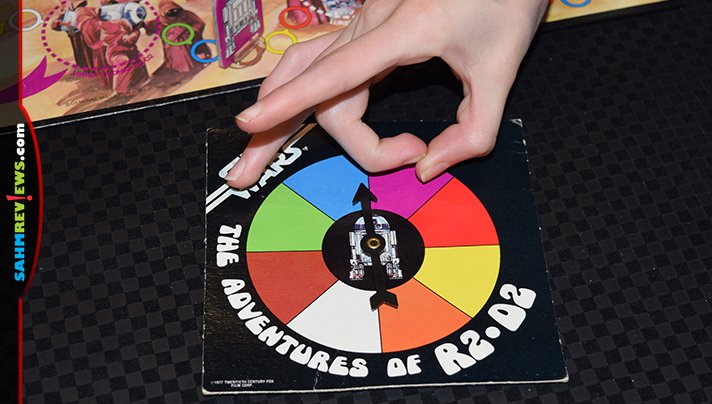 Star Wars: The Adventures of R2-D2 supports up to four players who are trying to get their bot to the end of the board. This is accomplished via a spinner that a player spins on their turn. The result, a color, allows them to move their R2-D2 cardboard standee to the next space of that color. 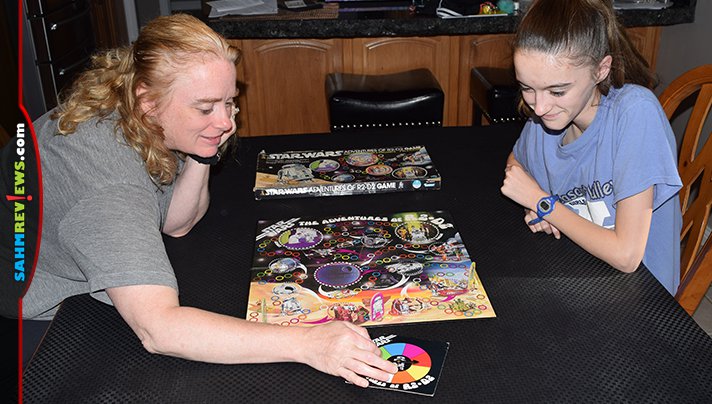 That’s it. The entire game. Except for the two alternate colors that may be spun. If the result is white, move to the next white outlined space on the board (usually a larger jump). If you spin the purple color, move back to the closest purple space. Some of the white and purple spaces have you jumping forward or backwards, just like Chutes & Ladders. 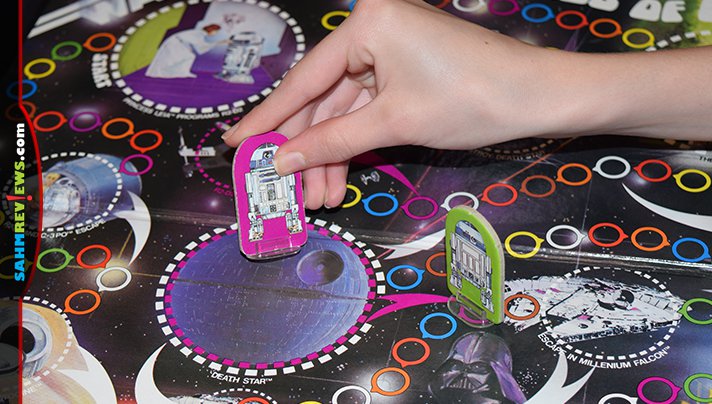 In the middle of the board is the Death Star. Land on it and lose a turn. If you spin a purple or white while on the Death Star, you’ll also move (slide?) backwards or forwards along the printed arrows. To win a game of Star Wars: The Adventures of R2-D2, you must be the first player to reach the end of the board and spin a white result to become the hero! 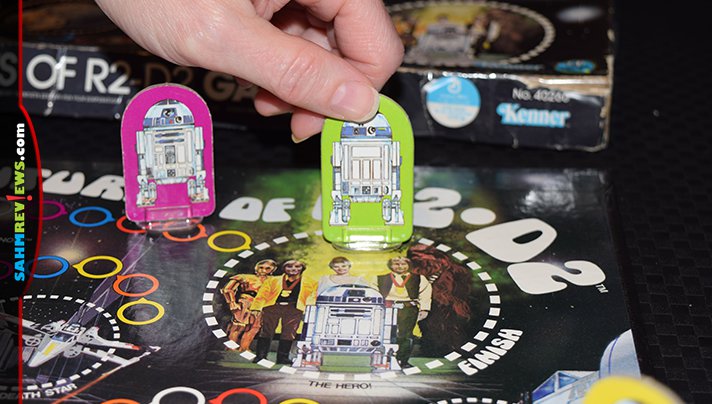 We’re not pulling any punches here, this game is horrible. The only saving grace is it is extremely hard to find on the secondary market, presumably because of the theme. Star Wars collectors must have it in their collection and this helps keep the market price up on eBay. Looks like we’ll easily get our dollar back and maybe a little more!

Can you recommend a better (vintage) Star Wars game?