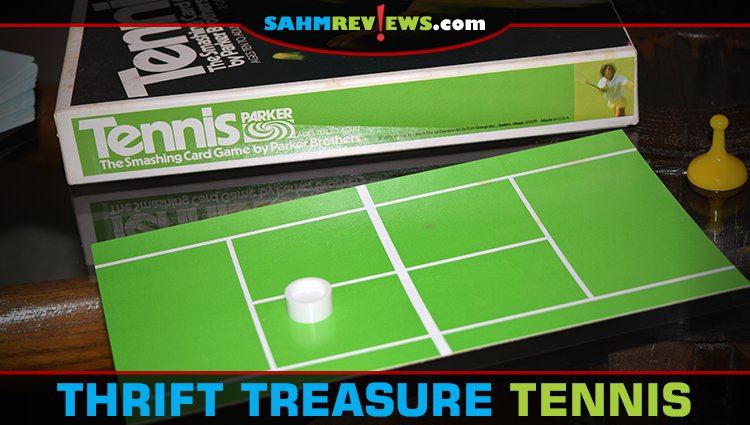 This week we found a number of games at thrift, but not at our regular haunts. Normally we stop into our Goodwill once a week and our Salvation Army thrift store once every month or two. We fortunately don’t have a lot of competition for the type of games we’re on the lookout for, so daily visits aren’t necessary.

Every year, in additional to putting on amazing performances like a live version of Star Wars: A New Hope, the Quad City Symphony hosts a Second Fiddle sale to raise funds for the organization. Hundreds of people donate lightly-used goods to be sold at a tag sale held in June of each year. The sale lasts for three full days (and a fourth sneak-preview night) and raises an enormous amount of money, all of which is used by the symphony in some capacity (performances, scholarships, etc.). It’s a fantastic community effort.

We dropped by on Friday to see what they had for sale and were pleasantly surprised to find a stack of board games of the type we normally buy. Sure, there were copies of Scene It and others that we have zero interest in. But there were also six games that we didn’t have in our collection and would be perfect to highlight in our Thrift Treasure series! This week is the first of those – Tennis: The Smashing Card Game by Parker Brothers! 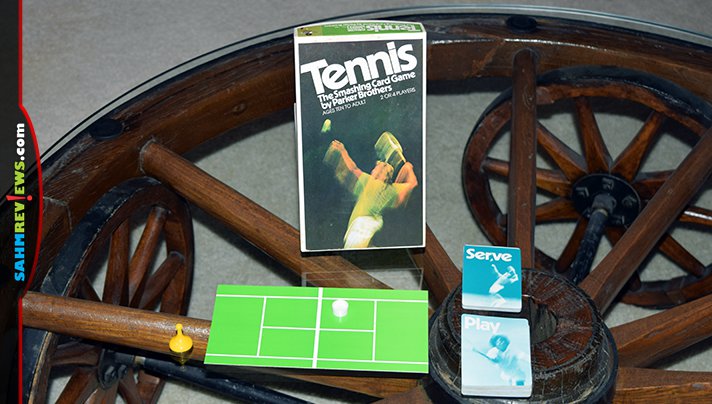 For a game that is over 40 years old, it was surprisingly ahead of its time. Inside the box are two decks of cards (a Serve deck and a Play deck), a player pawn for marking where the ball will be served from, a plastic disc that represents the ball and a small board for the court. A game of tennis is scored just like the real sport and is played over multiple games until someone wins one set and is played in singles (2-players) or doubles (4-players) format. 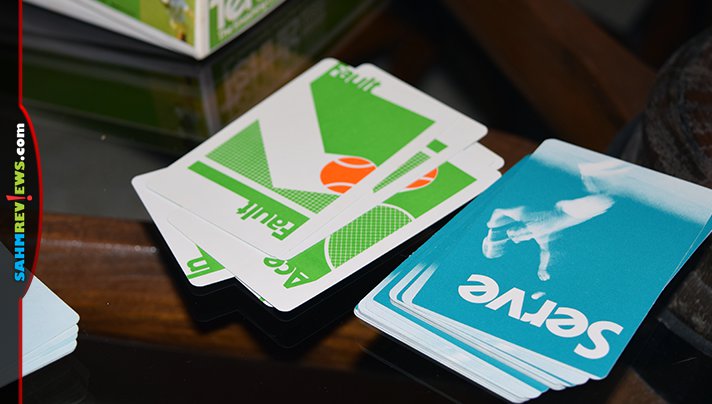 Once the first player (server) is determined, that person takes both decks of cards and shuffles them separately. Ten Play cards are dealt to each person in a 2-player game and seven to each in the doubles variation. A game begins with the serving player drawing one card from the top of the serve deck and resolving it. If it is a fault, draw another card. If a second fault is drawn, the opposition receives a point. An Ace gives the server an instant point while an In card means there was a successful serve that may be responded to. Place the ball marker on the opposite side of the court diagonal from the server’s position. The same person will be the server for the entire game, changing sides of the court they serve from after each point. 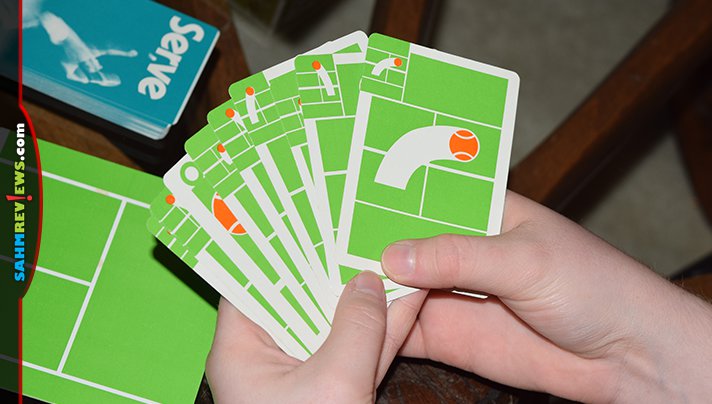 Once the ball is in play, the receiving player must then play a card from their hand in response. A Smash card hits the ball back over the net and will score a point unless the opponent has a Kill card to play in response. The Kill card is an instant point and cannot be answered. An Out card means just that, you hit the ball Out and your opponent will score. You can also choose to pass your turn, discarding a card if you wish, and giving a point to your opponent. 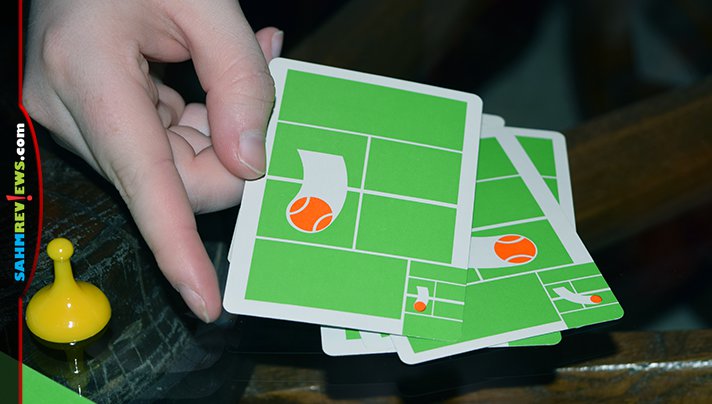 There are also diagram cards in the Play deck that continue the volley back and forth. You may play one of these if the ball is in the area depicted on the card and will land wherever the card dictates. Play this card and move the ball marker to reflect its new position. The other player may now respond by playing a card to try to hit it back, Smash it, Kill it or pass. 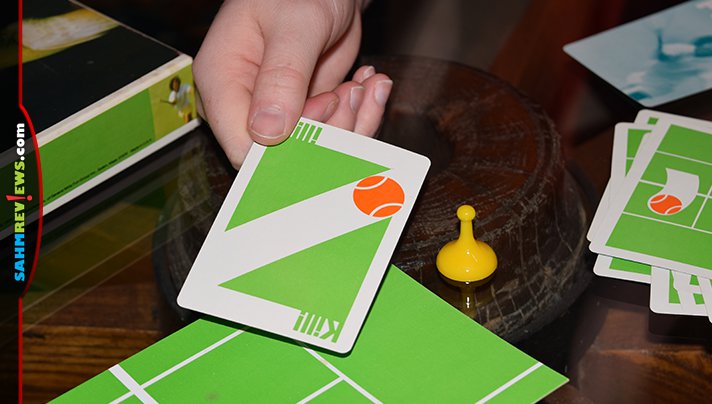 Points are awarded in the same manner as a regular game of tennis (0, 15, 30, 40, game point). The only difference between the actual game and this card game version is that if the score reaches 40-40, the very next point wins the game instead of needing to win by two. Hands are not replenished until the end of a game, at which serve passes to the other player and hands are drawn back up to ten (or seven).

The entire match lasts only one set instead of being played over multiple sets. A full game of the Tennis card game is played until one player has won six games AND has won by a two game margin. The person who does this is declared the winner of Tennis!

We were surprised to see such an old game use mechanics that are still utilized in modern board and card games. No dice, no roll-and-move, just strategic play of randomly-dealt cards. The game is very true to the sport and is well thought out from a rule perspective. The only flaw we found was with the Out card – there is really no need to play it as you can also pass and discard, giving the same result. I guess it was considered a filler card that clogs up your hand. Definitely worth picking up if you find one at thrift. If you can’t wait, there are a number of copies on eBay for under $10 shipped!

Do you play tennis?