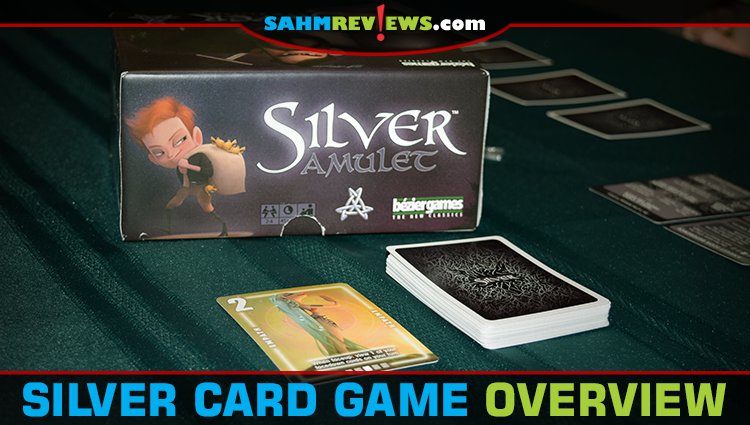 When it comes to card games, there’s no shortage of options. You could grab a traditional 52 card deck and choose from the hundreds of games According to Hoyle. There are deck builder games where you’re adding to and removing cards from your personal stack of cards in an effort to create the strongest deck. Custom cards are a common component in memory games while some games like Uno and Set card game have forged their own niche in the market. Of course, you also have plenty of options for trick-taking games. A couple of months ago we told you about Cabo from Bezier Games. The simplicity of the game makes it accessible for participants of various ages and skill levels, yet the underlying strategic nature of the game gives it some depth.

Utilizing the same concepts demonstrated in Cabo, Bezier Games will be releasing Silver at this year’s Gen Con convention with Silver Bullet scheduled to roll out during Essen later this year. We received advanced copies of these games and I was also able to play Silver while attending Geekway to the West. The minor changes made it more balanced than Cabo which is saying a lot since I already thought that was a fun card game. (Bonus points that I loved the photos their team took of me playing the game at Geekway!)

I encourage you to start by reading our Cabo card game overview. The setup is generally the same with the deck of cards being shuffled and placed in the center of the table to form a draw deck. Each player takes a reference card along with five facedown cards placed in a horizontal row in front of each of up to four players. 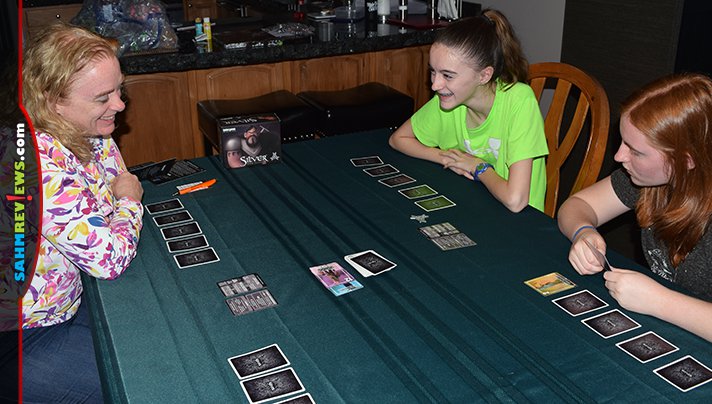 To begin the game, each player secretly looks at two of their face-down cards. The goal, much like Cabo card game, is to have the least amount of points at the end of the round. You’ll achieve this by swapping out cards from the face-up discard pile or one you’ve drawn from the top of the draw pile. There are also ways to swap with other players which I’ll explain in more detail shortly. 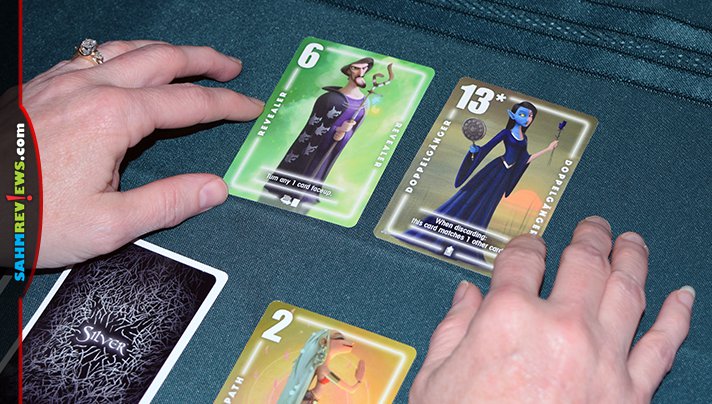 The cards are numbered 0-13 and each has an action written on it as well. The significance of the number comes from Bezier Games’ werewolf series and represents the number of werewolves following that particular person into your village. Naturally, you don’t want a lot of werewolves hanging around so you’ll want to attract the people depicted on the lower numbered cards and discourage the higher numbered cards.

On your turn you have three actions to choose from. 1) You can take one from the draw deck and either play into your row or discard and opt to use the card’s action. 2) You may select the top card from the discard and play it into your row. 3) You may call for a vote. 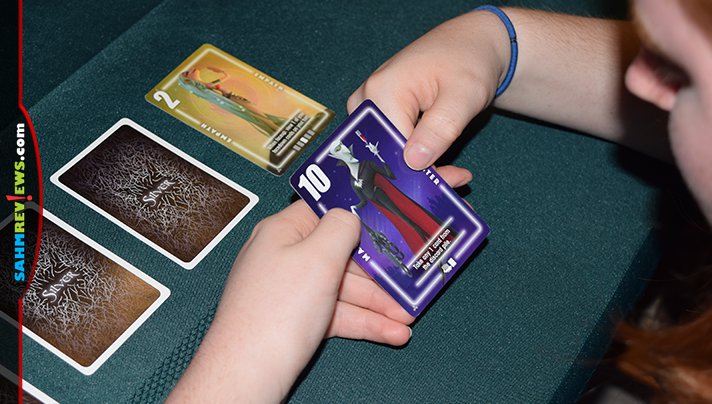 Whether you draw from the top of the stack or from the discard pile, you can swap the card with one or more from your own row. But remember how I said you could only look at two of your cards at the beginning of the game? Well, you’ll need to figure out what the others are by either using cards to peek at them or by blindly swapping them out and hoping you’ve made a good decision. If you have duplicates and can identify where they are, you may swap out one draw card for all matching duplicates. It’s a way to thin the number of cards you have in your row. 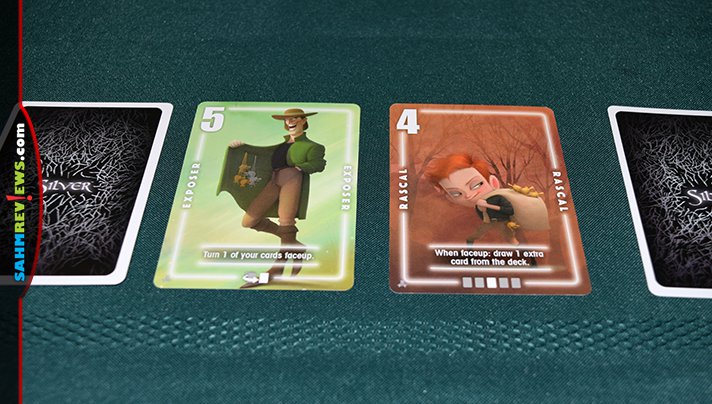 So you’re probably wondering, “How do I peek at them?” Just like in Cabo card game, if you draw a card from the top of the stack, you may either add it to your personal tableau (your “village”) or you may discard it to the top of the discard pile and take the written action. Actions vary based on the card number with some being more powerful than others. Some let you peek at one of your cards – or that of an opponent. Some let you swap with an opponent. Others let you protect some of your cards. There are even cards that create alternates to the discard pile! Some of the actions take place when they are discarded while others when they are face up in your village. 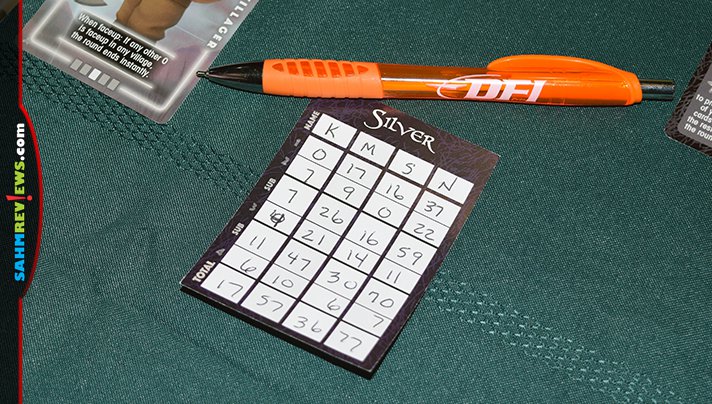 Once you think you have the lowest total of cards, you may use your turn to call for the end of the round. Every other player gets one more turn which may involve swapping some of your unprotected cards! When the play returns to you, everyone flips their cards and adds up the total. If you did manage to assemble the lowest total then you’ll score zero. If someone had less than you, you’ll score the total of your cards, plus an additional ten points!

The game consists of four rounds in total and the player with the lowest score after four rounds wins. As I previously mentioned, this game won’t release until Gen Con but you can pre-order a copy of Silver on Amazon. The coolest part is you’ll be able to combine the sets into an even different game! Stay up to date on the latest news and releases from Bezier Games by following their adventures on Twitter and Facebook!

How do you feel about combining different games?