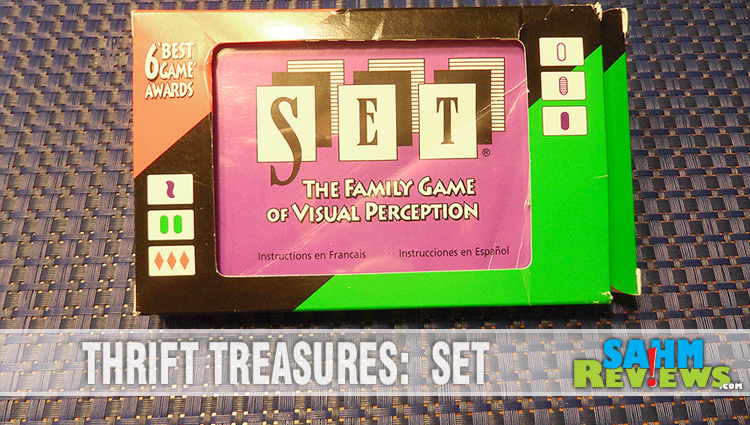 Wow. Just wow. That’s about all I can say about our latest Thrift Treasure, an unassuming card game called “Set”. A whole eighty-eight cents it set us back at the local Goodwill. And of all the finds we’ve touched on so far, this one has quickly turned into our favorite.

I should have paid more attention to the “6 Best Game Awards” on the front of the box. In fact, Set has received 37 Best Games Awards & Recognitions to date! And these aren’t small, regional awards either.  They include the 1991 MENSA Select Award, 1992 through 1995 Games Magazine Games 100 Awards and a 1996 Dr. Toy’s 10 Best Games award. 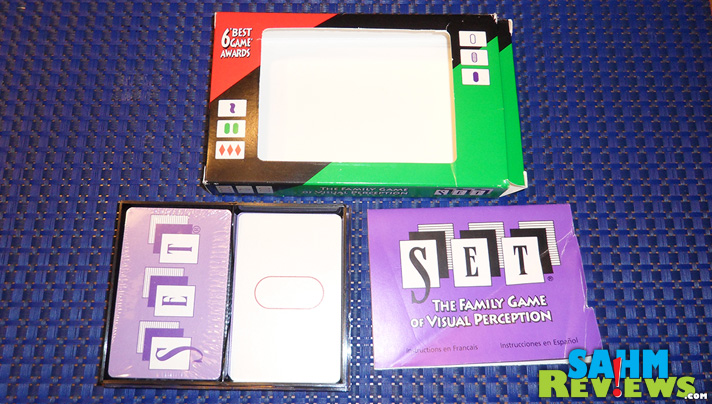 What’s inside? A deck of cards. Yep, that’s it, a deck of cards. At first glance it appears to be another version of Concentration or any other generic matching game. Not even close. Your object is to race to find a set of three cards among twelve dealt face up meeting this criteria:

Sounds easy, right?  Wrong…your set has to meet ALL four of these criteria, not just one! 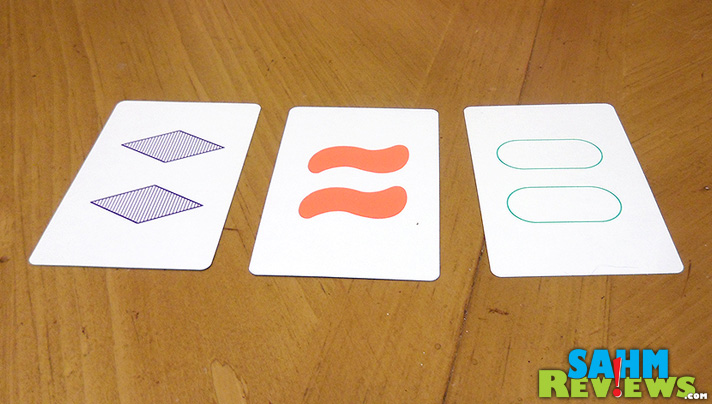 Now, compare it to what my wife thought was a set: 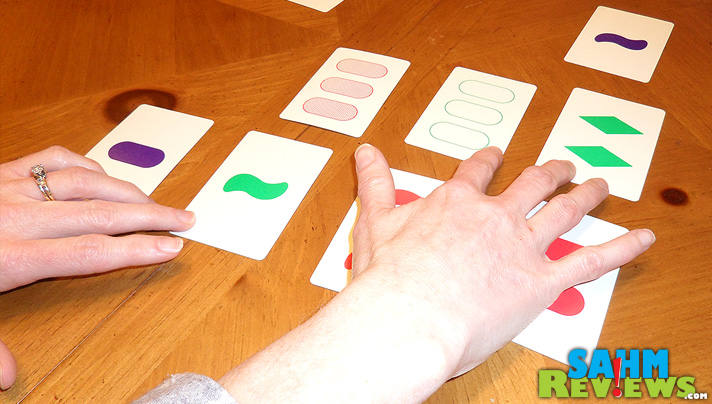 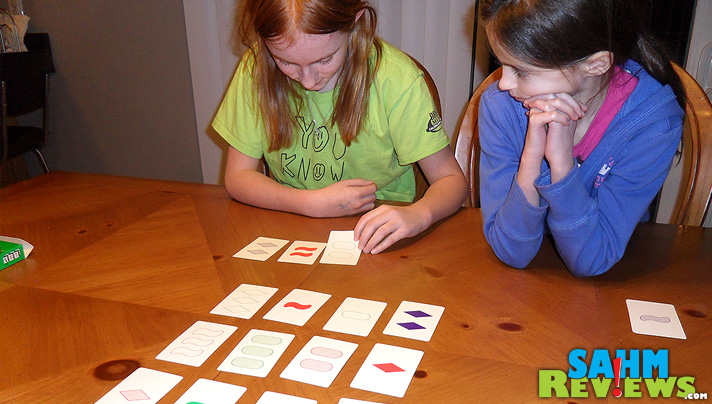 The game seems so simple, yet the sets can be very hard to spot. Good for teams or any number of players since everyone plays at the same time racing to find one set before three more cards are added to the mix. Solitaire is even suggested as practice (cough…Nicole…cough).

A great game with a TON of replay-ability. My girls have made it their current choice for evening entertainment for four nights in a row! Why someone would donate this without giving it a try is beyond us. Did I mention that one of the decks was still shrink wrapped?!

See what else SET Enterprises has for offer at their website or by following them on Facebook. Pick up your own copy for just under $10 on Amazon!