I’ve often lamented about my waning reflexes, especially in competition with my preteen daughters. Nothing makes you feel older than being outwitted and outreacted (is that a word?) by your offspring. Salt in the wound when they stand up and do a happy dance when they beat Dad. This week’s Thrift Treasure is one of those games best left to the ‘young uns’ – Jungle Speed by Asmodee (also known as the Borg of the game industry). 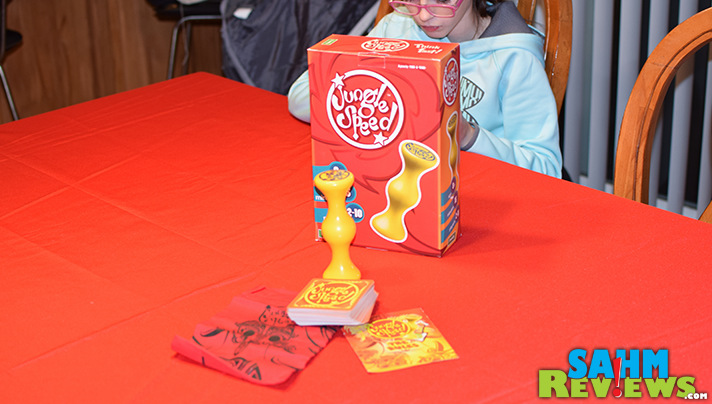 Jungle Speed comes with a plastic totem, a deck of 80 cards, rules and a handy drawstring bag so you don’t have to keep the box around after opening. And it amazingly supports up to 10 players!

Much like the previously-covered card game, Set, the object is to match shapes and sometimes colors. Instead of collecting winning sets, when you correctly find a match and are the first to claim it, you pass your cards to the loser of the duel, making their stack of cards larger. Ultimately the first person to get rid of all of their cards wins. 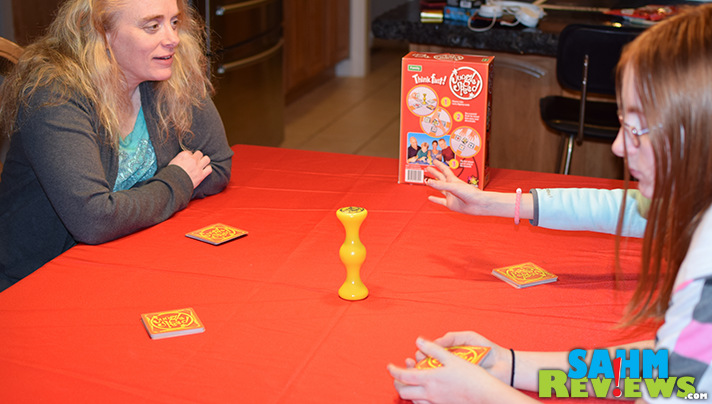 All 80 cards are dealt out evenly to the players and the totem is set in a central location where everyone has an equal chance of grabbing it. Players take turns flipping over one card from their stack. When the card is revealed, everyone is looking to see if it matches their card in front of them (by shape). If so, the first to grab the totem wins the duel.

However, if you grab the totem at the wrong time, either by thinking there was a match when there wasn’t, or picking it up during someone else’s duel, you are the only one to be penalized. And that penalty is harsh – you receive ALL of the discarded cards from EVERY player into your stack. Short version – don’t grab the totem if you don’t mean to. 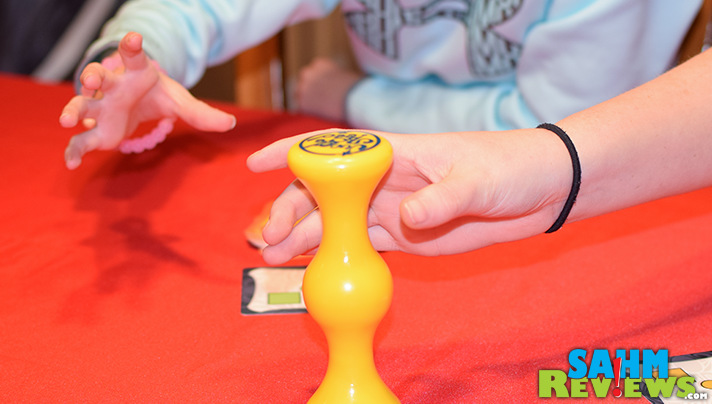 Being too aggressive is also penalized. Knock over the totem (or in our case, send it flying across the room) and you also receive the “all card” penalty. 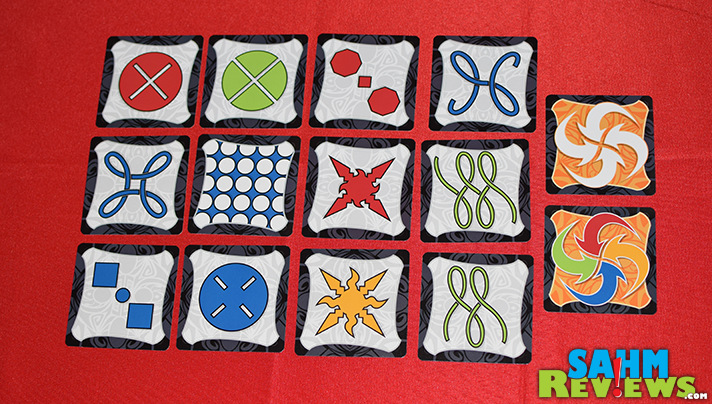 There are a number of special cards that keep things interesting. One card changes the matching from shapes to colors. Another is simply “first to grab the totem”, while a third has everyone flipping one card over at the same time. Of course, the more players in a game, the more chaos this card creates. 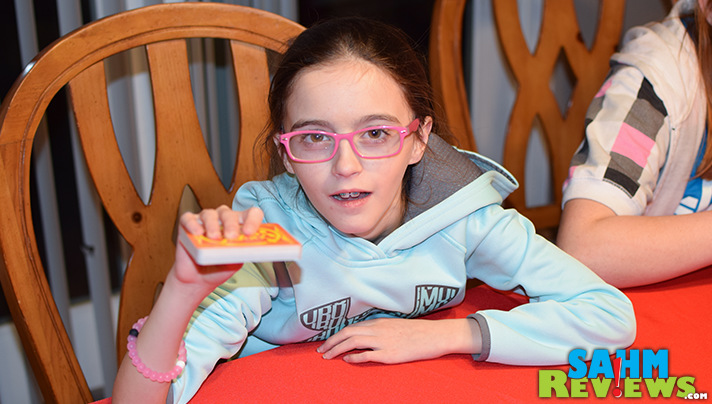 Jungle Speed is another game that is suitable for all ages, and one that kids will typically have an advantage just due to their quicker reaction times. Next time I’ll try to even the playing field by giving them a warm glass of milk before we begin. Or maybe I’ll slip them some extra cards when I deal…

Regularly available on Amazon and at your local big-box retailer, this one will only set you back around $20. There are also card expansions adding new shapes that are different from the originals, but close enough to fool most. If the regular game doesn’t appeal to you, there are also themed versions like this one featuring Ravin Rabbids! Either way, if you enjoy games that feature matching with an element of speed, Jungle Speed is probably right up your alley.