Like any married couple from time-to-time we’ll argue. My wife is one of those “last word” type of people. Not because she thinks she’s right, but because she doesn’t want me to think she didn’t hear me. Usually she’s just repeating what I’ve just said, and that’s because I’m always right. Or at least she lets me think I am…

Our latest $2.38 purchase from the thrift shop is a best-seller from Buffalo Games aptly named “Last Word”. Right from the start I’ll bet you can guess who’ll be the queen of this game! You have to love people that never even try out a game and donate it with cards still wrapped and pieces sealed in their original bag! Even the battery for the timer is fresh! 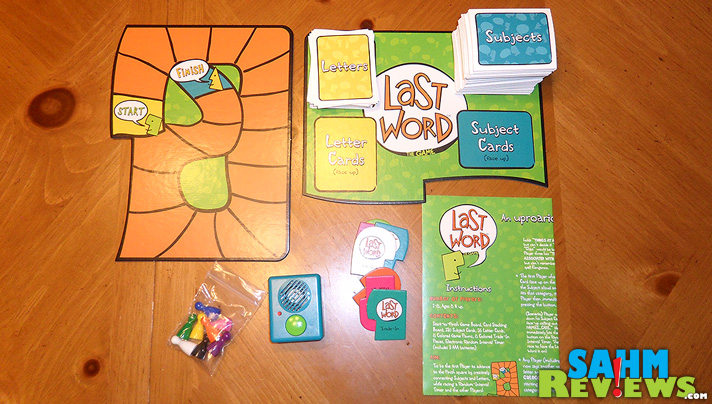 This is another game where there are no turns; everyone plays at the same time. Each person draws a “Subject Card” to get a category in which they have to think of answers that fit. One person turns over a “Letter Card” which determines what letter the word must start with. The first person to say a word starting with that letter from THEIR category hits the timer (which has a random length). Everyone must now start yelling out other words starting with the same letter from the starting category until the timer buzzes. The person who said the last legitimate word moves ahead one space. 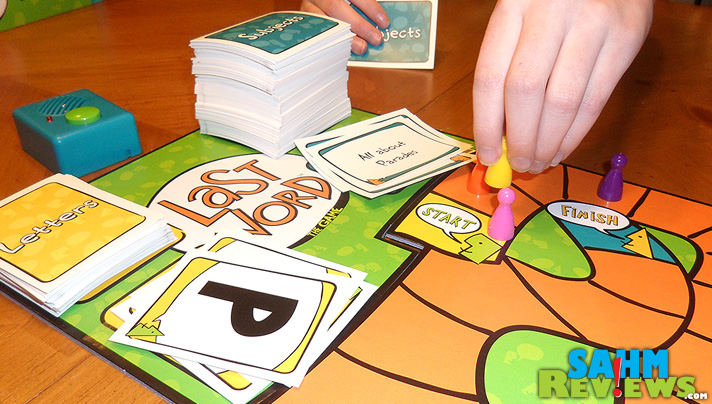 If you get a particularly hard letter that no one seems to be able to name a word from their category, you can claim “Jump Start” and hit the timer. Now everyone must rush to think of that one word from their category before the timer goes off.  The first player to say their word moves ahead one space. If no one is successful, then the challenging player moves ahead two! 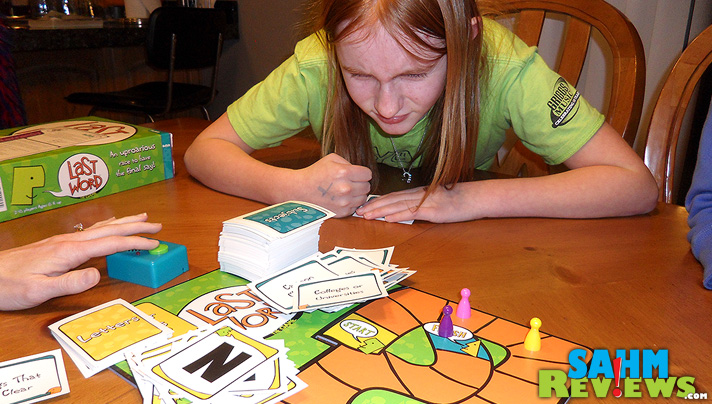 For the record, I got the last “Last Word” in to win the game!

A very straight-forward game that has sold over one million copies since its release ten years ago. In 2007 it received the Seal of Approval from The National Parenting Center. Designed for 2-8 people and ages 8 and up, it’ll be a nice party game that is easily played without needing any strategy. Pick up a copy for yourself on Amazon then head over to the Buffalo Games website to see their many other offerings. They’re also active on all the major social media outlets such as Facebook, Twitter and Pinterest. Keep your eyes open as we’ll be featuring another of their offerings “Imaginiff…” in the upcoming weeks!

31 thoughts on “Having the Last Word, and Winning!”