Home / Food / Appliances / Light Up the Party with this BBQ Grill 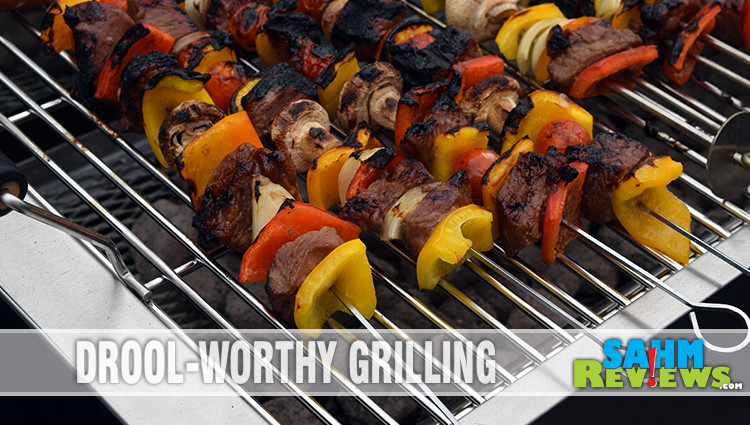 Light Up the Party with this BBQ Grill

You know the sayings, “You can’t teach an old dog new tricks”, “people are creatures of habit” and “old habits die hard”? I totally get it. We’re mostly not in that rut, but do have a few things that we don’t stray from. A few examples are Sonicare toothbrushes, Hellman’s mayonnaise and until recently, gas grills.

We’ve had a gas grill for as long as I can remember. As one would rust out, we would purchase a new one. We were such fans that we kept extra propane tanks around in case one ran out. We were convinced the flavors of the food tasted the same no matter what surface it was grilled on. In preparation for the 4th of July last year, Scott researched grills and decided to give charcoal a try as the next replacement. The grill smoker combo that he purchased enabled him to create an amazing 10 Hour-Smoked Pork recipe.

You know what we discovered? The food is soooo much better on a charcoal grill. Why, oh, why had we not realized this before? Oh yeah, because we insisted on using a gas grill. We’ve spent the past year enjoying all kinds of things on the smoker grill. This past July 4th, we realized that the smoker grill we purchased had one pitfall. While it was excellent for feeding our small family, if we had guests over, Scott would need to prepare the various grilling items in shifts. That’s when we realized that we needed another solution. IG Charcoal BBQ entered the picture with a grill that offered a surface large enough for multiple items at a time, including kebabs! 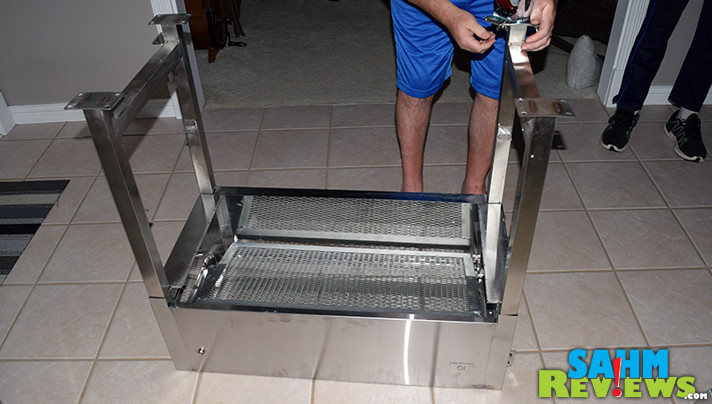 The large surface area of the IG Charcoal BBQ is one of the many features. First, it’s stainless steel which makes it lightweight. Ours arrived on our doorstep in a large box but was light enough for Madison and I to carry it in. While I took the box and Styrofoam out to the garbage can, Scott began assembling it. He had it half done by the time I got back! Note for reference during unpacking: If you have pets or young children, open it in the garage or outside. Adding to the list of things we learn from a new puppy, Styrofoam breaks apart during unpacking, leaving small pieces for said puppy to grab and run away with. I digress… 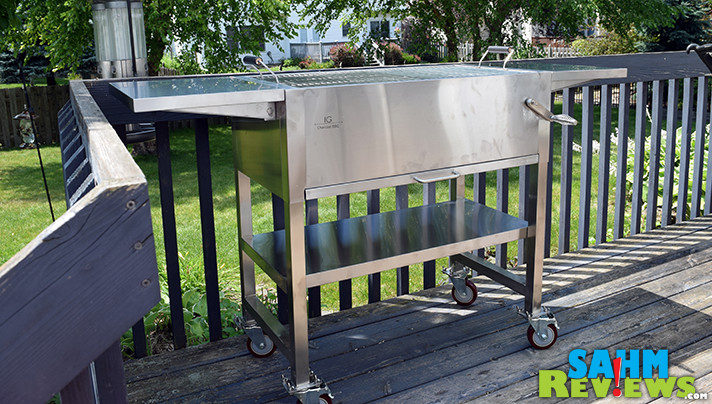 Because we’ll be keeping our smoker grill, the castors on the IG Charcoal BBQ are a huge asset. We’re able to roll it for variable positioning on the deck or even roll it into the driveway for neighborhood cookouts. Two of the castors lock which helps hold it in place during use as well as during storms. 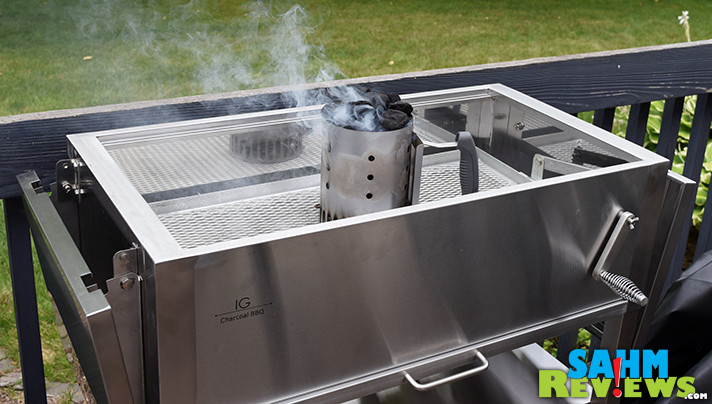 The grills on top are removable for easy charcoal prep and also easy cleanup. Because the grilling surface is removable, we were able to prepare the coals using the chimney starter that we purchased for our smoker grill. There’s even a drawer that collects the ashes. That’s really useful as it not only keeps the ashes from falling onto the shelf below it, but it also makes cleanup much easier! We also opted to order a grill cover from Amazon to help protect it from the elements. 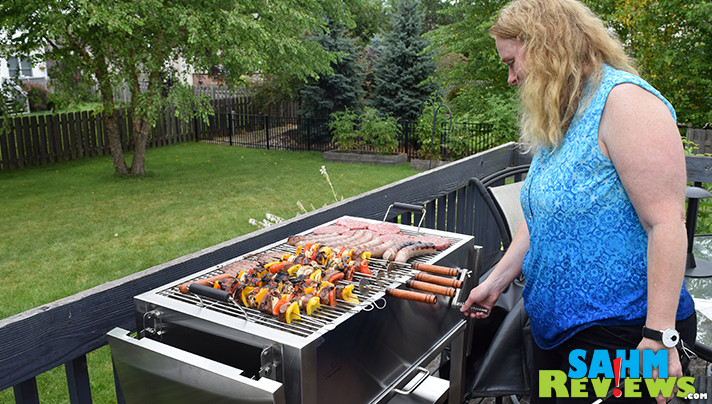 One thing Scott learned with our smoker grill is that charcoal positioning makes a difference. With the IG Charcoal BBQ grill, there’s a rotating handle that raises and lowers the charcoal bed. It’s a slick feature that will come in handy when cooking different types of foods. Chicken should have the charcoals further away to cook slower and at a lower temperature whereas steaks should have the charcoals closer at a higher heat. The added benefit of the adjustable grate is that you’ll be able to control the heat by raising and lowering the coals. You control the heat level on stationary grates by adjusting the oxygen levels and using more/less charcoal. 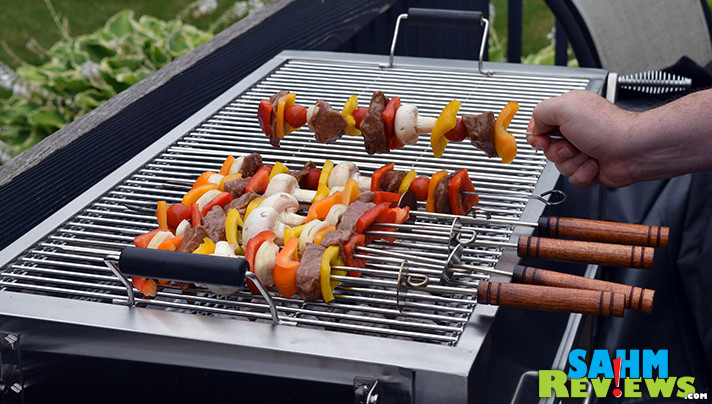 Finally, there’s room for skewers! Most grills we’ve owned aren’t ideal for skewers. The last time I had kebabs was at a restaurant! Now that we have the extra space, we’ll be able to entertain more often without needing to spend the entire time leaning over a grill. I don’t think I could get sick of having grilled kebabs with steak, onions, peppers, tomatoes and mushrooms.

To put the size into perspective, we were able to put a total of 8 loaded kebabs on the grill in addition to 8 brats, 8 hamburgers and one lone hot dog as a special request for one of the girls. When Scott pulled the kebabs off the grill, he added slices of eggplant that I topped with Parmesan cheese. The brats and burgers had a little longer to cook and the eggplant ended up coming off the grill only a couple minutes after the burgers. I don’t know about you, but this is making me hungry and now I want to find some more grill recipes!

If this has set a fire under you to want a new charcoal grill, you can order direct from IG Charcoal BBQ, Walmart or add one to your next Amazon order. See what else IG Charcoal BBQ has cooking by following them on Twitter, Facebook and Instagram.

Can you taste the difference between gas and charcoal?

30 comments on «Light Up the Party with this BBQ Grill»