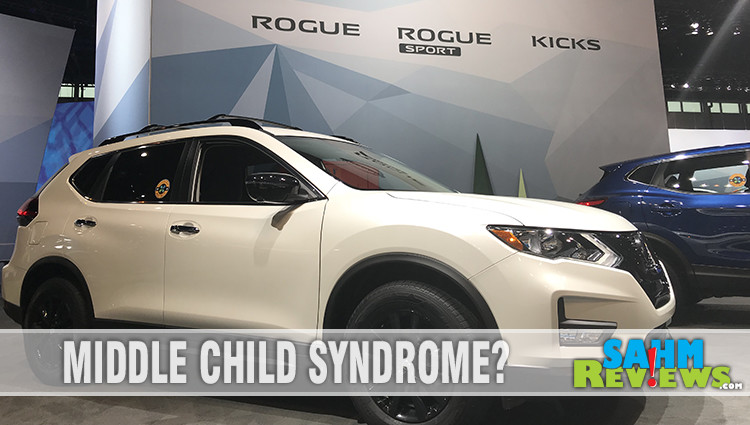 Thoughts on the Nissan Rogue Sport

As I sit here paying bills, I’m reveling in the fact that I only have one payment remaining until my minivan is paid off. It’s comforting, especially as we prepare for Madison to take driver’s education this summer. This time next year, she’ll officially have her driver’s license. Don’t get me started on that… it’s exciting and scary at the same time and I’m torn between being emotional about her growing up and being stressed about having a teenage driver. It’s not that we don’t have a vehicle for her to drive, we just don’t have many vehicles that I would want her to drive. You see, while we currently own twice as many vehicles as drivers, only one of those – the minivan – is winter ready. The others are solely for warm weather enjoyment and are put in storage once we get predictions of snow. When representatives for The Chicago Auto Show invited me to drive in and join them for the 2018 show, I had to admit that Scott would need the vehicle to transport the girls in my absence. 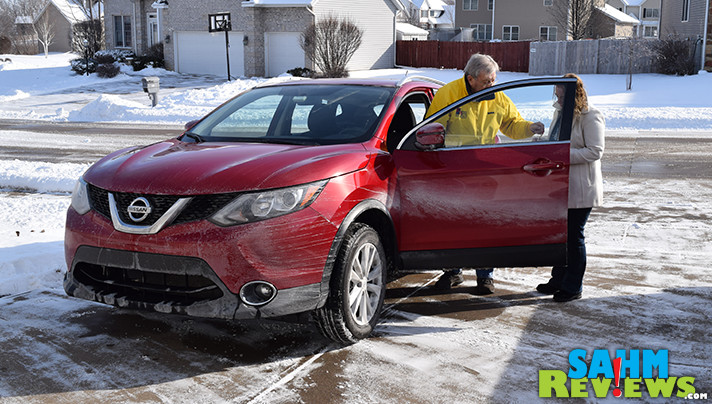 So they talked to the Nissan, the event’s media sponsor, and offered to loan me one of their vehicles to get me to and from the show. The day before I was set to head to The Chicago Auto Show, they delivered a 2017 Nissan Rogue Sport to my home. Let me start by saying that they offered it as a means of transportation, not as a review unit. There wasn’t time (nor necessity) to try brush off the salt spray before hitting the road for the show. So I apologize that my photos don’t show the paint or exterior features at all. 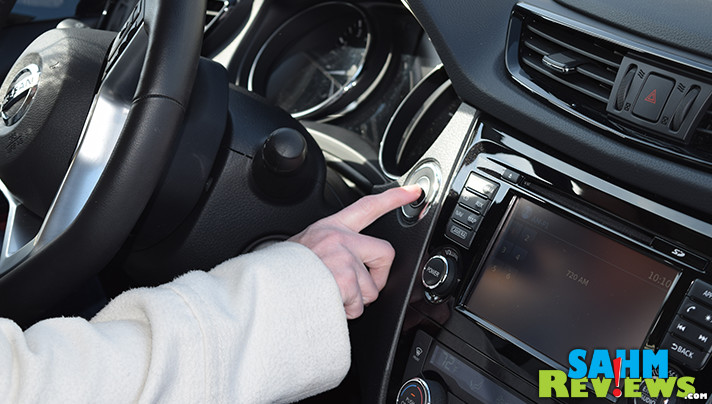 Can I confess something? My van is a 2013, not even five model years older than the 2017 Nissan Rogue Sport yet the advancements in technology are incredibly noticeable. When I hopped in the car, I had NO idea how to start it. Push button? Really? I still have to remind myself not to pump the gas twice before turning over the key in my van, but now vehicles don’t even have that. 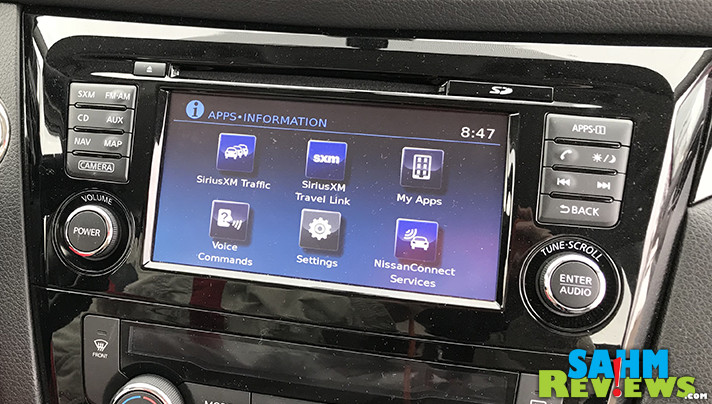 The first time I went to park, I looked at the display to see a mock-up image of the car, complete with the lines that separate the parking spaces. I thought to myself, “That’s cool that it’s estimating where the lines are.” What I discovered is it wasn’t an estimation. There are actually 6 cameras around the vehicle that are compiled into a bird’s-eye view. While my current vehicle interfaces with my phone, the Nissan Rogue Sport does so even more. When I received a text, it read the message out loud. It was also an unexpected surprise while during my commute to downtown Chicago, the navigation system announced that traffic patterns had changed and asked if I wanted to reroute to save 5 minutes. 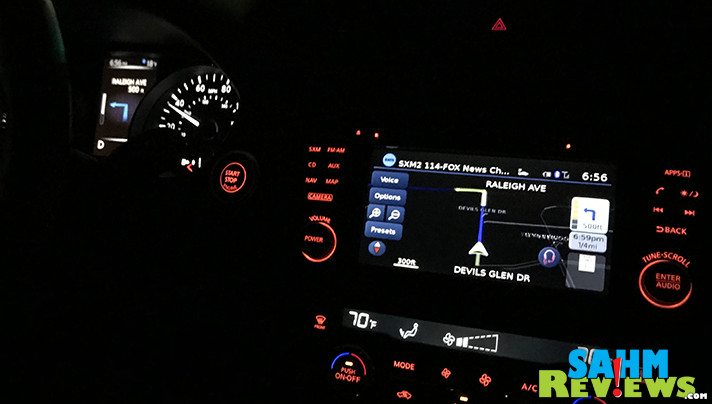 Speaking of navigation… the Nissan Rogue Sport includes two different displays. One that resides in the center of the front panel, accessible to both driver and passenger. The other is a smaller display visible through the steering wheel. When an address is programmed, the main display provides detailed directions while the driver’s display shows only the next street with a giant arrow pointing right or left. When traveling in an unfamiliar location and in poor weather, I found this abbreviated information within my forward facing line of site to be incredibly comforting and useful. 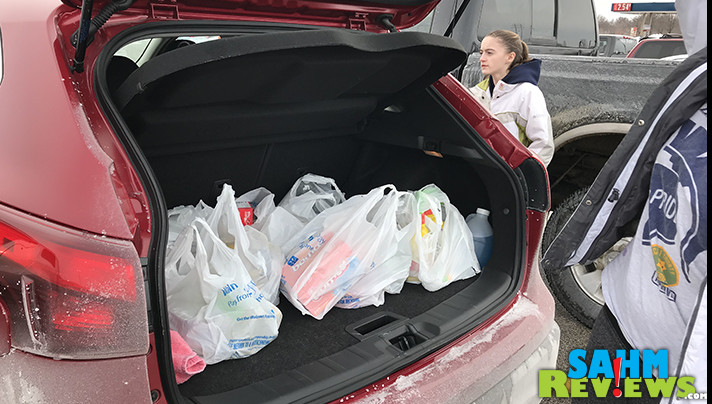 This version of the Rogue wasn’t a souped up model with all the bells and whistles, but it was still a comfortable ride. The trunk space is comparable to other small SUVs that I’ve driven and seen. We were able to fit a lot of groceries and it even fit Madison’s French horn. I also liked that it came with a trunk privacy cover to keep outsiders from seeing what was in our trunk. 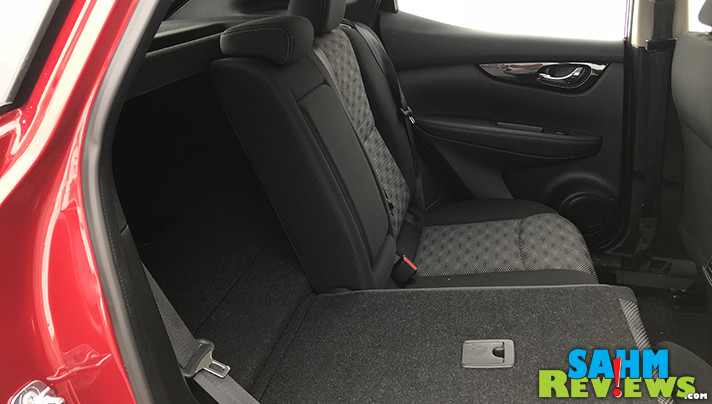 Of course, we needed to drop the rear seat to expand the trunk for the cello. The legroom in the back was comfortable for the girls and they liked that it had a center drop-down for holding beverages. There was also no shortage of USB plugs for charging devices. That’s definitely an upgrade from the vehicle from 2013.

While we didn’t have a lot of time to explore the advantages of the Nissan Rogue Sport, I was thoroughly impressed by the improvements over my current vehicle. I’m one of those people who tries to utilize something for as long as possible, but like any other piece of technology, the advancements change constantly.

What is the catalyst for you to upgrade your vehicle?

9 comments on «Thoughts on the Nissan Rogue Sport»