Home / Automotive / What to Expect at the 2018 Chicago Auto Show 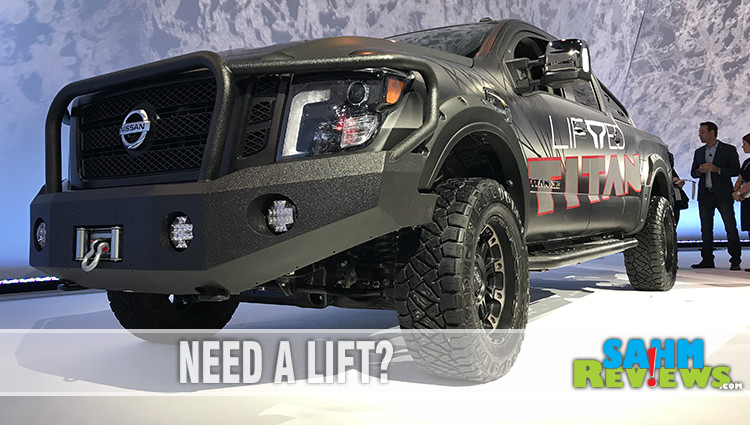 What to Expect at the 2018 Chicago Auto Show

This past Saturday the Chicago Auto Show opened to the public for the 2018 event. I was on site February 7th, 8th and 9th as a guest of Nissan, the media sponsor for the show. For two and a half very busy days, I was able to check out several new reveals, award presentations and announcements, take a tour with the Steel Market Development Institute and attend the What Drives Her luncheon focusing on the importance of women not only as buyers, but as professionals in the automotive industry. Here’s a sampling of what I saw. 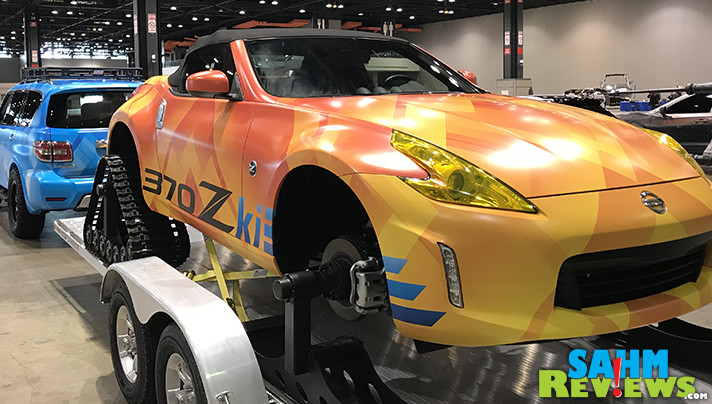 I would be remiss if I didn’t give Nissan the first shout-out since they were responsible for my arrival at the show. On Wednesday, I stopped by the Concept and Technology Garage to find the Nissan Snow Patrol and 370Zki (that’s pronounced “ski” in case you’re curious). Considering the massive snowstorm that hit while we were there, I thought we should have taken it out for a spin! 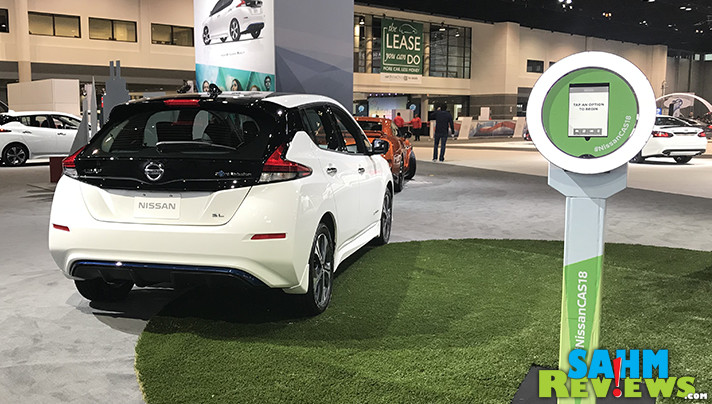 Right next to it sat the Nissan Leaf. I’ve always heard that electric cars have no “umph” with people referencing the pitfalls when merging onto a busy interstate. Fortunately, I was able to take it on a spin around the garage and was surprised that it had some kick to it as well as variety of technology built into it. Nothing lacking “umph” at all about the Leaf.

Those two Nissan vehicles summed up recurring themes that seemed to stand out in the sea of vehicles. There were definite focuses on the environment as well as outdoor life. Many companies were offering models of hybrid and electric vehicles while others displayed vehicles designed to go off the beaten path. 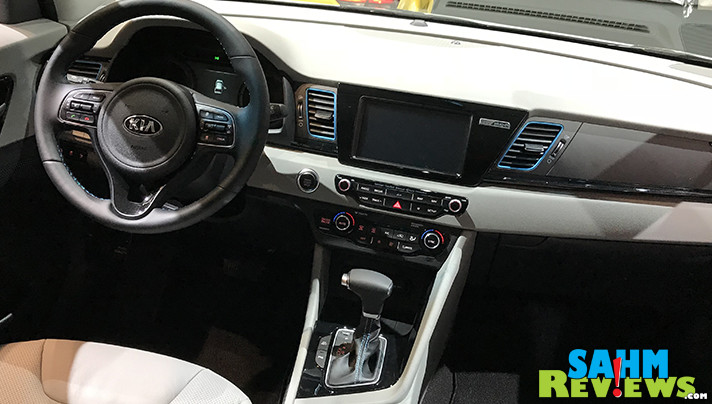 In addition to the Nissan Leaf, there’s the Kia Hybrid Niro as well as an all electric (releasing at the end of 2018) that has a mileage target of 238. What I found especially interesting was the 411 on the value of steel. I didn’t realize there were over 200 different grades of steel available. When the Life Cycle Assessment is done on a vehicle, steel offers an overall lower carbon footprint than aluminum… and steel is recyclable. 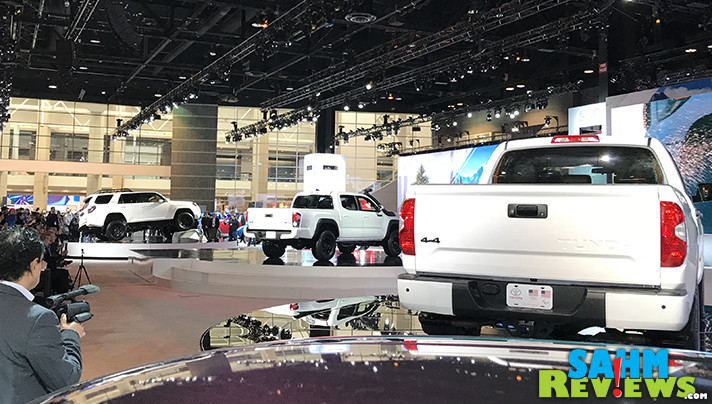 In addition, steel is a durable product necessary for off road vehicles. We saw an excellent example when Toyota unveiled their Toyota Racing Development TRD Pro Tundra, Tacoma and 4Runner. All were tailor made and equipped for off road entertainment. The Tacoma was even outfitted with an elevated desert air intake to help it perform well in dusty environments.

Nissan showed off their most accessorized vehicle, the Titan. Consumers were doing extensive aftermarket additions including lift kits, lighting and snow plows. In the spring of 2018, they’ll begin offering a 3″ lift kit that doesn’t require cutting or drilling. 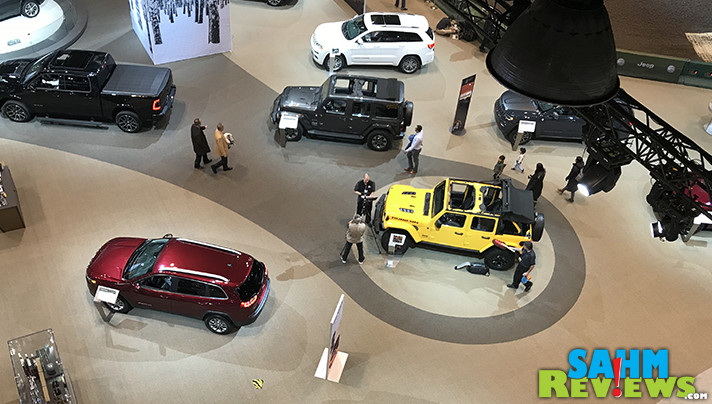 Of course, when you talk about going off road and into nature, Jeep naturally comes to mind. You could take one of their iconic vehicles for a spin on their Test Track. Jeep is one of three different tracks you can try out during your visit. 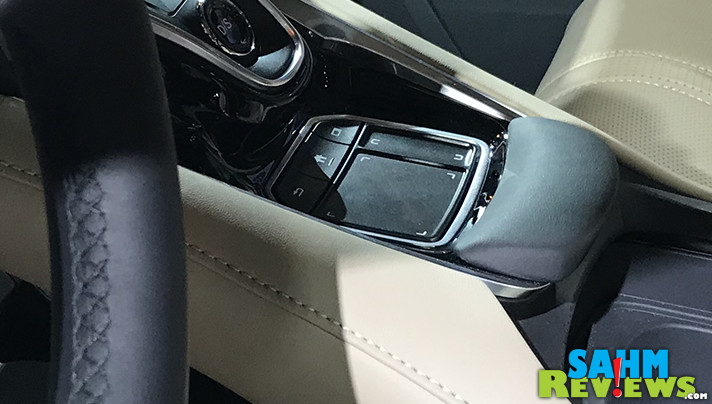 When it came to SUVs, Acura was showcasing their Acura RDX prototype. What I found extremely cool about it was the remote touch pad that interfaced with the elevated central dash display. The touch pad would allow the driver to tap the four corners of the touch pad to correlate to the button on the main monitor. This would mean they wouldn’t be taking their eyes from the road while utilizing it. Land Rover had their new Velar roped off and Subaru prominently featured the Ascent. Nissan, of course, had the Rogue, Rogue Sport and Kicks.

You know what I didn’t see much of? Minivans. There’s a lot to see from outdoor vehicles to sports cars with the show spanning two massive halls of McCormick Place. 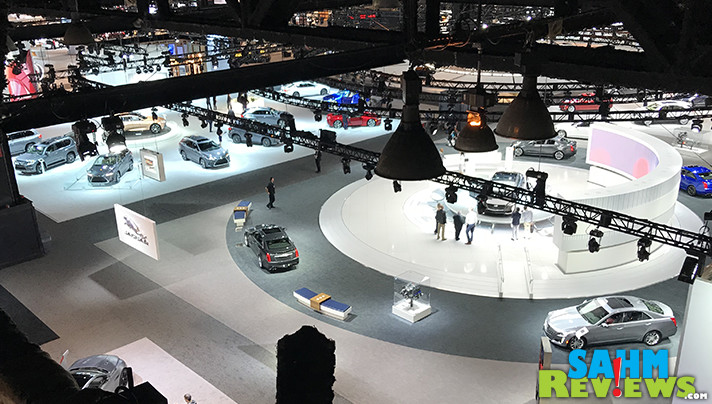 If you will be in the Chicago area this weekend, put this on your to-do list! The 2018 Chicago Auto Show hours are 10AM – 10PM each day, wrapping up at 8pm on February 19th. Download the Chicago Auto Show app for an on-the-fly map, event schedule and scoop on the various makes and models that interest you. You can also follow the excitement at #CAS18 across social media and hear the latest updates direct from the Chicago Auto Show Team on Facebook, Twitter and Instagram.

Which manufacturer’s display would you head to first?