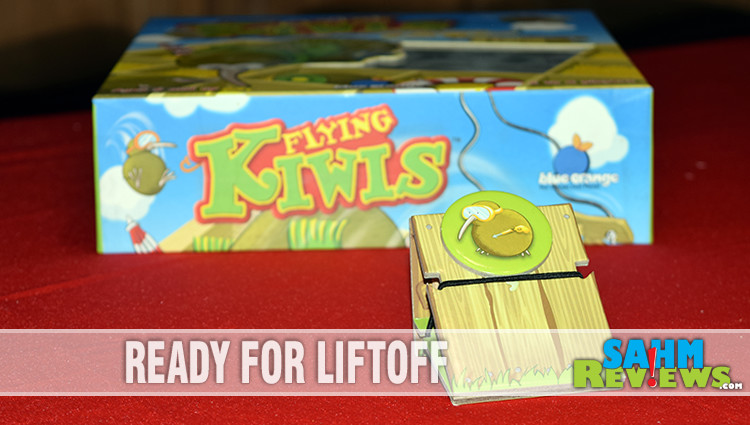 It’s time for a serious game-related discussion. This one involves three different factors: kids, cheating and flying fruit. Let’s start with the “kids” and “cheating” portions because those are intertwined. With 15 and 13 year old daughters who have spent the last handful of years playing non-traditional board games including abstract strategy games and heavy Euro games, we are well beyond the years of letting them win. Actually, we’ve been past that for almost a decade. We have now entered a new phase in the parent/child game-playing cycle: cheating.

I guess that’s really kind of a harsh use of the word… or maybe not. I’ve reached the point where whenever we get a new dexterity game, I spend time practicing before I ever let the girls set their eyes on the game. As an example, last month while they were at school, I spent a bit of time “researching” a pancake-flipping game. You know, so I could write about it. Seriously, they have age on their side. And reflexes. And age. With dexterity games, age is definitely an advantage so I need to make sure I find ways to work with the resources I have: time… while they’re at school. So I practice. Is that cheating? 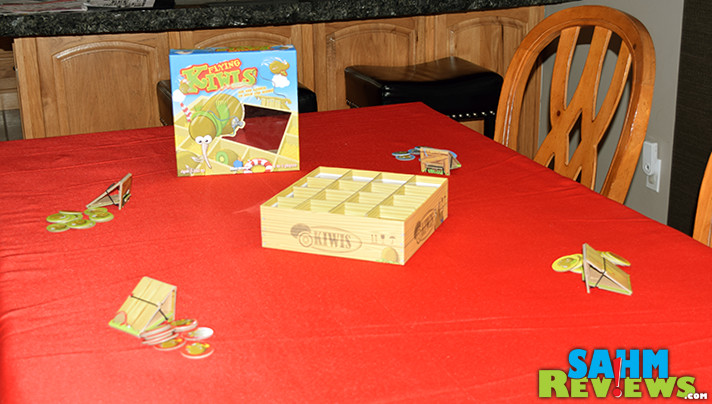 Which brings me to the last topic: Flying Fruit. In this case, I’m talking about Flying Kiwis from Blue Orange Games. These poor little Kiwi birds are wanting to leave New Zealand on vacation (while the rest of us dream of getting TO New Zealand). Since they can’t fly they needed to get creative by finding another way to accomplish their goal. They’ve decided if they dress like Kiwi fruit then they can hop in crates and head out via cargo. They got themselves dressed, but it’s our job to get them safely into the cargo boxes by launching them. The game dynamic reminds me of Ring O’ Flamingo and Connect 4 Launchers which meant I was already fully aware that I was going to need whatever advantage I could muster. 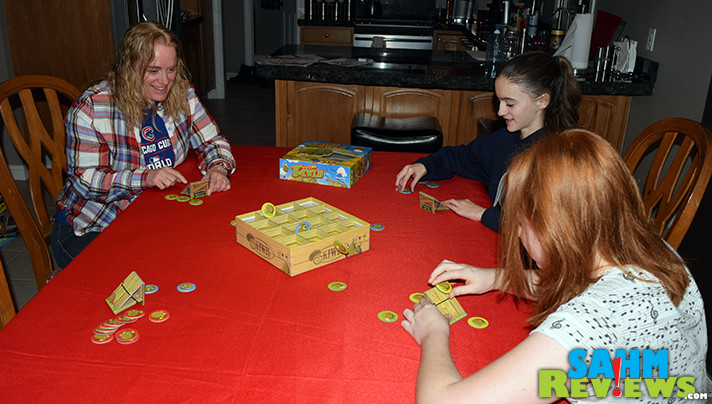 Each player selects a color, the 10 color-coordinated disks and the related launchpad. The game box doubles as the crate and is placed in the center of the table. Up to 4 players sit around the table with their launchpads lined up toward the box of crates. 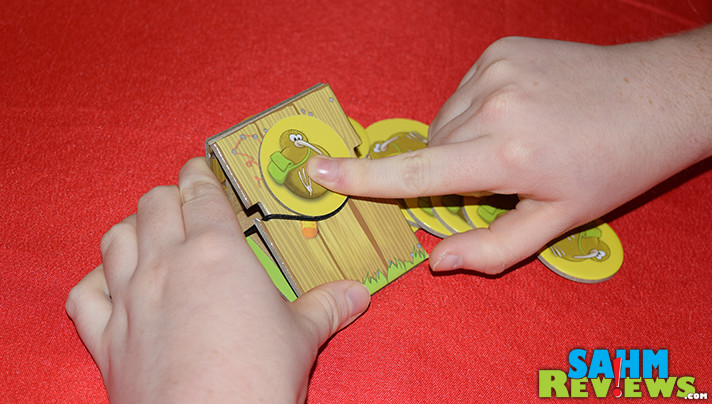 This is where things get ugly (for me) and get awesome (for the kids). You place a disk on the launchpad, draw back the band then help the Kiwi bird take flight. But there’s more to it than just launching the birds, err… fruit, into the crate. First, you only get one shot at making each one into one of the crates. Any that don’t land inside the box are stuck waiting until the next game. 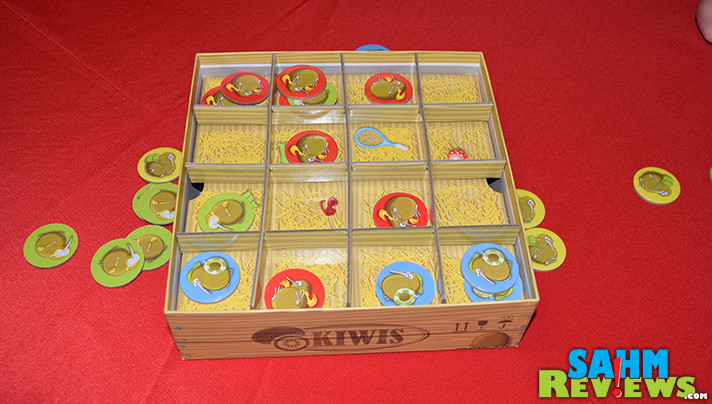 They like to travel with their friends in groups of four. So your goal is to land them in four crates together to form a square or four in a row. If you’re able to do this, you yell “Flying kiwis!” and are instantly awarded the win. If all the birds are launched and nobody gets a group of four, then points are scored based on which colors of Kiwis are on the top of each compartment.

Either way, Kiwis that end up on the floor don’t count for anything. Trust me, I know this problem well. I’m just happy when I don’t overshoot the box. Of course, having an opponent sitting across from you works as an excellent backboard. Even when I wasn’t landing them in the crates, I was still laughing and that’s really what games are all about.

Flying Kiwis is a cute game and great for all ages and is extremely affordable at around $13. I have spent plenty of time trying to get the Kiwis into the crates, even when the kids have gotten their fill of airborne fruit. You can get more information this and other products from Blue Orange Games on their website. Find out what else is flying through their office by visiting them on Twitter and Facebook.

What are your thoughts on Kiwi birds, Kiwi fruit and Flying Kiwis?