It’s funny how things tend to line up. I’ve been on a roll at finding abstract games at our local Goodwill, which is a great thing since they’re probably my favorite type of game. My oldest daughter is currently studying about Egypt in her Social Studies class and we’ve been cramming for an upcoming test. So I had to chuckle a bit when I came across Battle of the Pyramids by Smart Zone Games for only $1.88 this week! 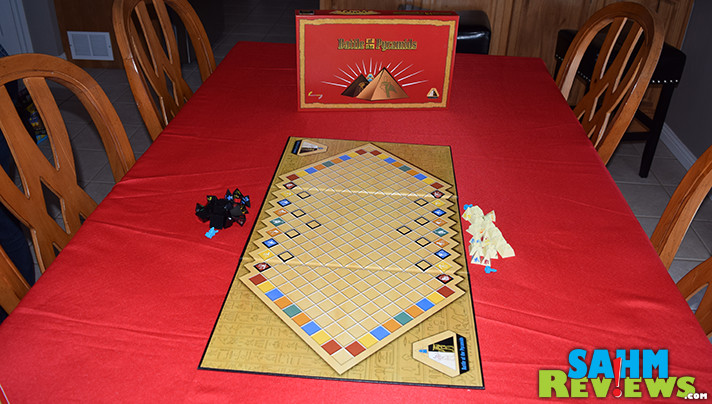 Published in 2007, Battle of the Pyramids is a 2-player abstract game that seems to be a cross between checkers and Stratego. The special pyramid-shaped player pieces are made from two parts – the base and the top. The tops are color & symbol coded, which match spaces on the board. The bases have a hidden number that is only viewable by the owner. Each player gets to combine tops and bottoms to custom-make their own pyramids. Additionally, players also have two scarabs which they hide inside two of the pyramids.

Once all pyramids are assembled they are placed on the board in the designated start positions. But you don’t decide where they go – your opponent does! Similarly, you dictate where they will place theirs. The idea is to stage them to create some difficulties in their ability to move. This will make more sense in a minute. 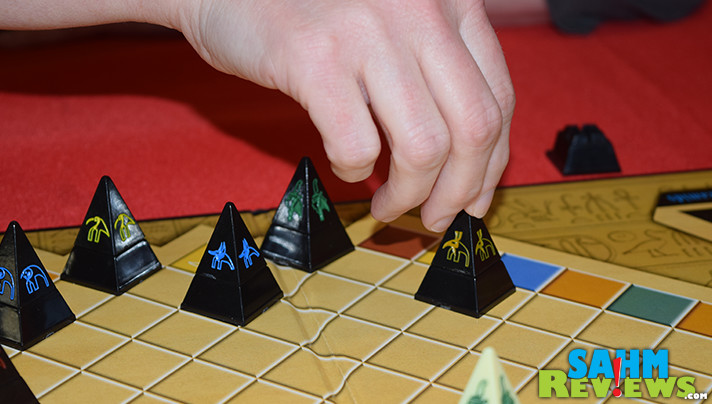 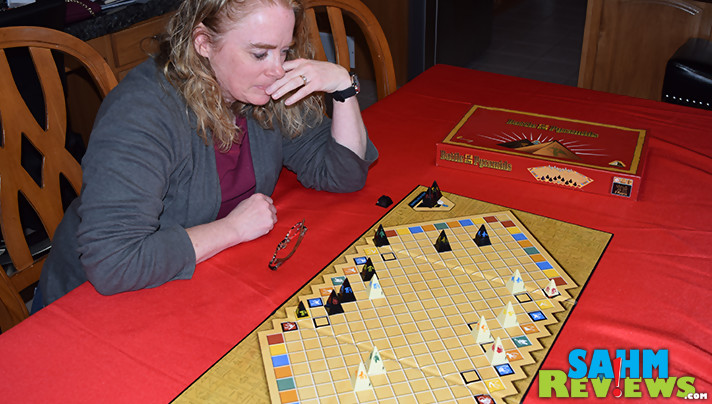 A challenge occurs when a player moves his piece to a square directly next to one of their opponent’s pieces. At this point the numbers on the bases are revealed, with the higher number winning and remaining in place, while the lower number returns to any one of that player’s starting spaces. Ties force both back to their starting positions. Unless there is a scarab inside of one of the pyramids! In this case the scarab wins and the other piece is removed from the game! If both players have scarabs, then both are lost! Scarabs are only used once, and when revealed are also removed for the rest of the game. 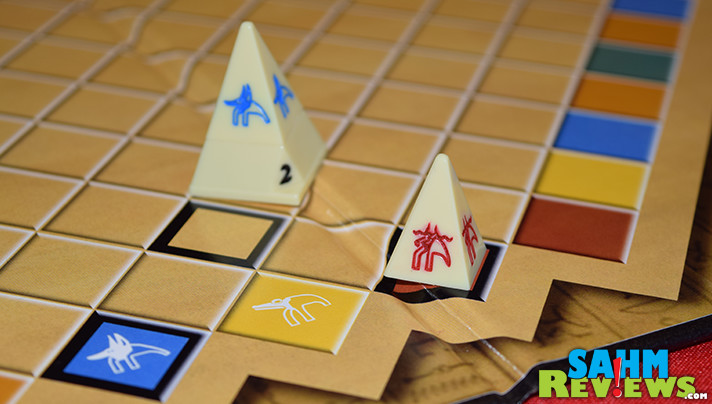 Your ultimate goal is to get your pyramid to one of the symbols in your opponent’s back row. When this is accomplished, your pyramid is moved to the matching space (color & symbol) in your own back row with the base discarded. This piece can no longer be moved and acts to block a space that your opponent is trying to reach. The first player to get seven of their pyramids to their opponent’s side, and therefor back in their own row, wins Battle of the Pyramids! 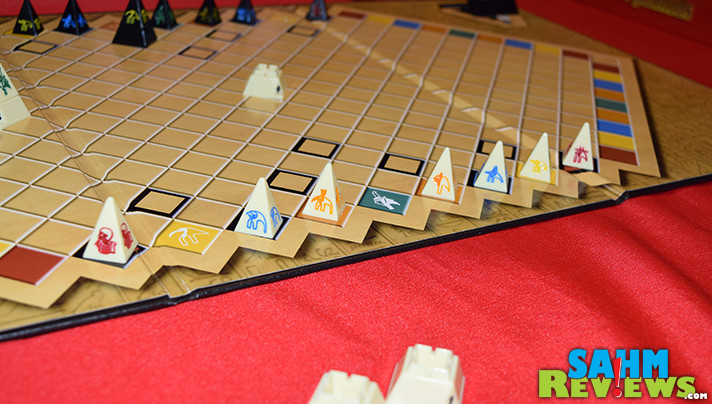 Battle of the Pyramids is a quick game that utilizes mechanics seen in a number of other games, like the previously-mentioned Stratego and Checkers. You can find copies on both Amazon and eBay, so compare to find the best price. This is our first find of a game by Smart Zone Games but see quite a few on their website we wouldn’t mind having in our collection. Fingers crossed we’ll be able to find more!

Have you ever seen or played Battle of the Pyramids before?

4 thoughts on “Thrift Treasure: Battle of the Pyramids”