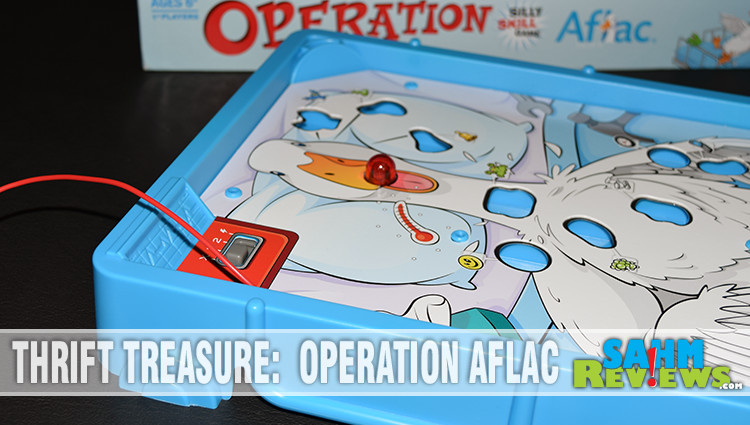 I’ve got a problem. Every Sunday we bring to you a board or card game we’ve rescued from our local thrift stores. We don’t buy everything we see, but do look for unique and eye-pleasing titles that appear to be fun to play. Most of the time we’re very successful and some of the games have gone on to be regular staples in our game night bag. This week we found something different. 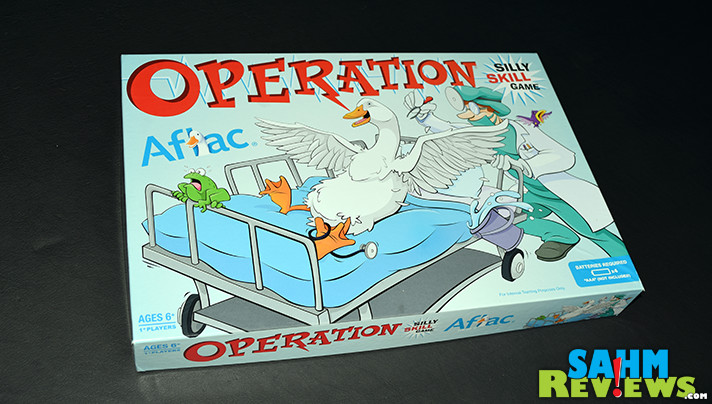 It’s still a game, but we’re not sure if we should actually be playing it. I’m sure you’re familiar with the classic game of Operation since it’s been a part of nearly every American’s childhood. And there have been scores of different licensed variations from The Minions to Star Wars to Doc McStuffins! What we never knew is there was at least one version made by Hasbro / USAopoly that never made it to retail shelves. It was only available internally at a Fortune 500 company “for training purposes only”! I present to you, Operation Aflac! 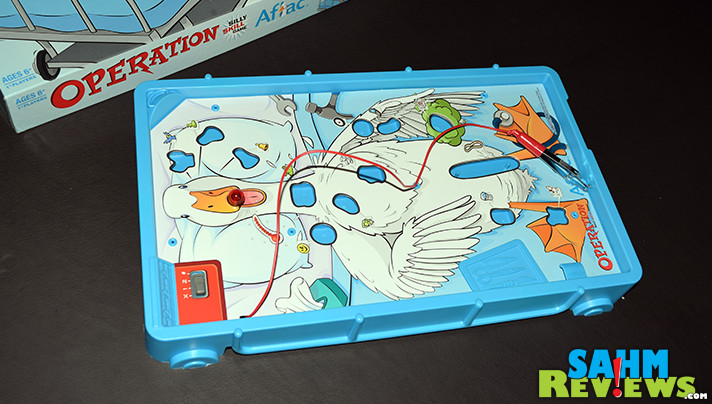 Herein lies the problem. This copy was opened but obviously unplayed since the cards inside are still in their original sealed bag. The game plays exactly the same as almost every other version of Operation, so nothing new is experienced by getting it to the table. 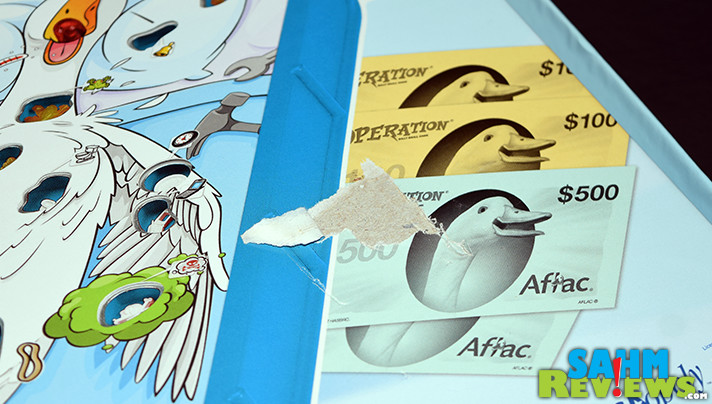 On the other hand, it isn’t in perfect condition. The game is open and the box bottom has some peeling and cupping. This is probably attributed to the fact the game wasn’t meant for retail, so durability wasn’t a great concern.

Do we become one of the few to ever actually play a round or two of Operation Aflac? Or do we try to maintain any collector value by leaving it as-is? We’ve always felt games were meant to be played, but this time we’re stumped at how to proceed. 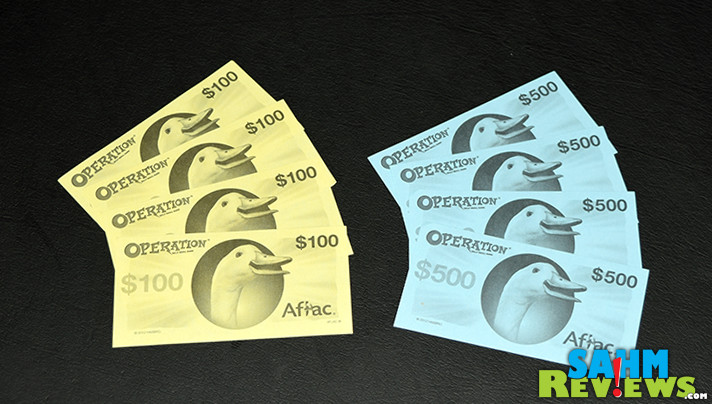 What are your thoughts? Would you throw caution to the wind and take the opportunity to perform surgery on the Aflac duck? Or would you carefully tuck it away for safe keeping? Maybe you’d list it on eBay to bank a quick profit?

Tell us, what would you do if you were in our situation?