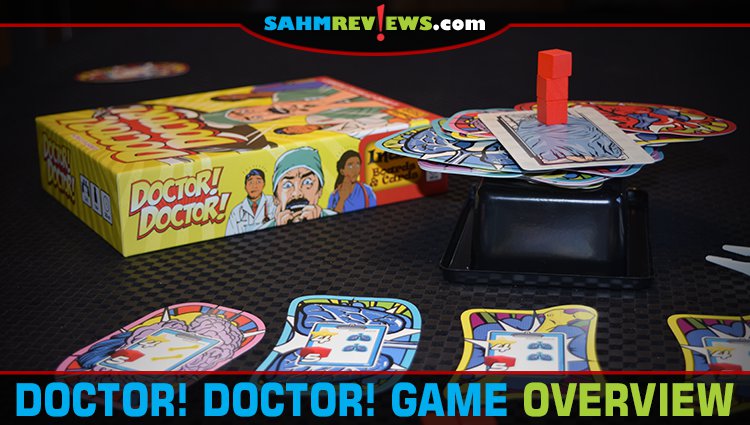 When you think back to the board games you used to play as child, what comes to mind? Candy Land? Monopoly? Clue? Yahtzee? One game in particular was the source of argument in our household – Operation. Not because we were fighting over who was winning. Because my dad hated that it burned through batteries faster than any other toy we owned. I blame him for my decision NOT to become a doctor.

While at last year’s Gen Con convention, we watched a younger couple play a demo of Doctor! Doctor! by Indie Boards & Cards. It immediately reminded us of the long nights playing Operation with our siblings. It’s not the same game at all – the only common feature is that you’re extracting body parts from a patient. As you’ll see, Doctor! Doctor! is a modern take on the dexterity classic that doesn’t need a single battery! 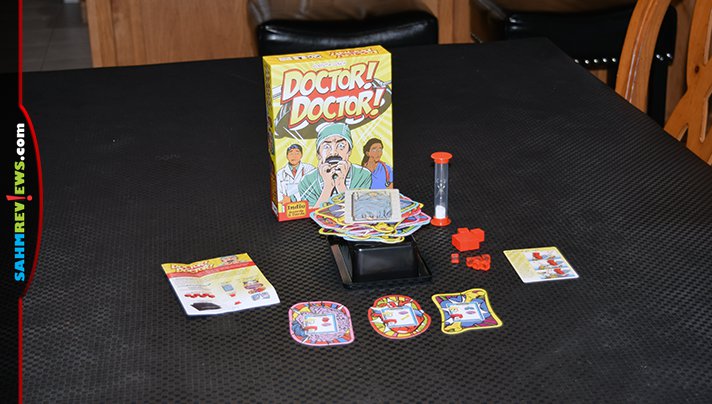 Doctor! Doctor! is a twenty-minute game designed for 2-5 players. Inside the box you’ll find a deck of custom-shaped cards, a pair of plastic tweezers, two sets of cubes and a sand timer. Setting up for a game is as simple as shuffling the cards together and placing them face-down on top of the box insert (which acts as your operating table).

Deal out three of the cards face-up alongside the table, then rotate and spread out the rest of the cards on top of the operating table and place the patient card on the very top. Whoever most recently visited a doctor’s office will become the first player.

At the start of your turn you will examine any face-up cards available and choose one to attempt. This is your goal for your turn and denotes the type of surgery you will perform. There are a couple items printed on the card you must consider. On the right-hand side are the operation requirements. These are the organ types which must be removed from the patient’s body in order for you to earn your card. 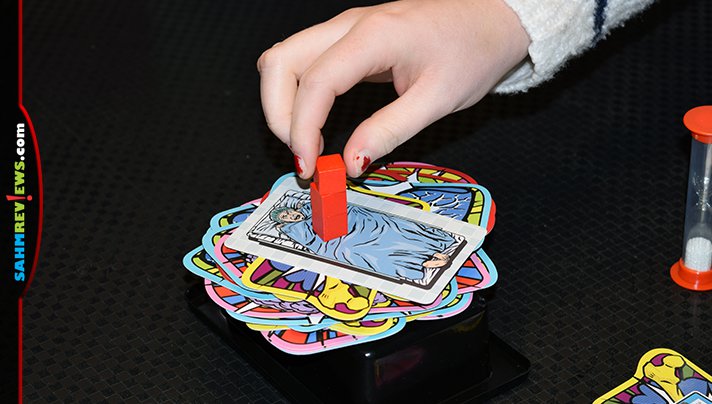 The lower-left corner signifies the patient’s blood pressure level in the form of cubes. You will take a number of cubes matching the amount shown on the procedure card and stack them vertically on top of the patient’s body. You guess it – you do not want to knock these over! The star value on the card represents victory points, which will only be earned if your procedure is successful.

Using the tweezers, you must extract cards from the stack that match the organ type listed. The four different organs (brains, bones, hearts, lungs) are represented by the different shaped cards in the deck. Carefully slide out matching organs without knocking over the blood pressure stack, touching anything with your hands or causing extra cards (or the patient!) to fall off of the table. 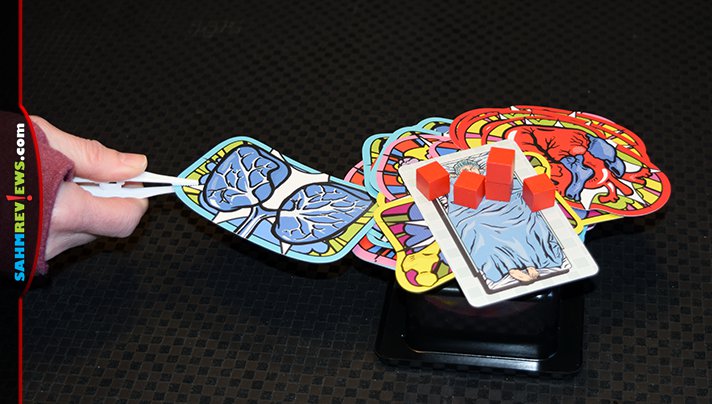 If you manage to collect exactly the operation requirements, then you win the card and keep it in front of you. The cards you removed from the patient are then turned face-up and added to the pool of available procedures. If you fail, your procedure card is returned to the public tableau along with any cards you did manage to remove. If this tableau ever exceeds eight cards, reshuffle the deck and set it up again as if the game were just beginning. 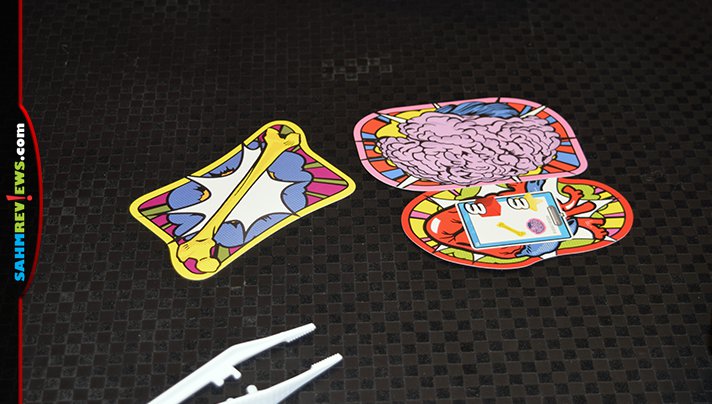 Sounds simple, right? Learning to play Doctor! Doctor! is very simple. In practice, playing is very challenging.  All of the tasks listed above have to be completed before the sand timer runs out! After your turn is complete, the tweezers pass to the next player on your left and they take a turn on the patient. Once any player completes a successful operation and has twelve or more total points, the game ends immediately and that person is declared the winner of Doctor! Doctor! If you get to the point where you think you have the game mastered, Doctor! Doctor! includes a second set of smaller, plastic cubes to amp up the difficulty for you “master surgeons”!

You can find inexpensive copies of Doctor! Doctor! on Amazon or at your favorite local game store. Keep tabs on the heartbeat of the industry by following Indie Boards & Cards on Facebook or Twitter. And if you hurry, there’s still time to back their latest Kickstarter campaign for the next entry in the Aeon’s End world, Aeon’s End: Outcasts!

Were you ever any good at playing the original Operation?