Last Sunday we talked about Risk ‘n’ Roll 2000, a dice game from the late 90’s that we picked up at a Saver’s thrift store on our way back from the Chicago Toy & Game fair. Unfortunately it didn’t score very high marks with us and will most likely be relegated to the parts pile. I hinted that we had actually found two games at the same store, and this week’s Thrift Treasure feature is the second one. Hopefully this copy of Outwit by Parker Brothers will fare better. 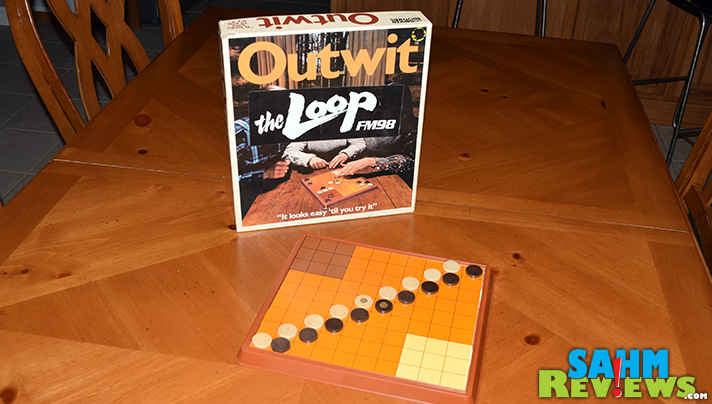 While the box is a little rough and had a Chicago-area radio station’s sticker affixed to the front, all of the pieces were there and were in relatively great condition. Outwit is another in the abstract game family and turned out to be quite easy to learn. 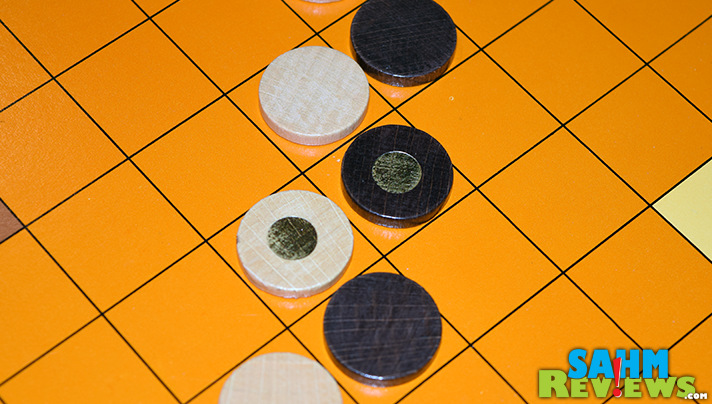 The board instantly reminded us of Trench, the Portuguese-created war simulation. That was the only similarity though, as the game play is quite different. Each player commands a matching color set of nine chips, one of which is marked with a gold circle and is referred to as the “power chip”. 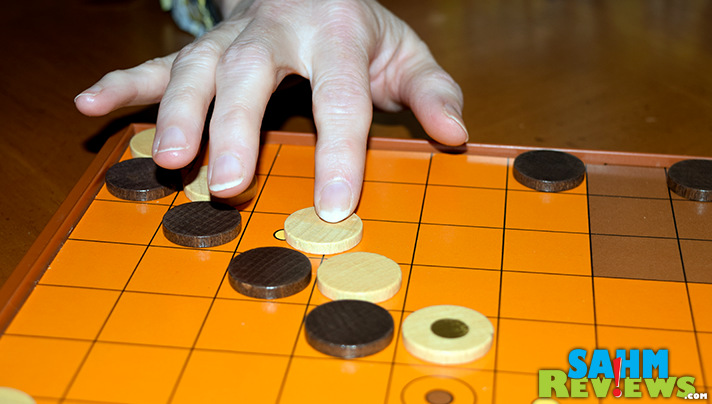 Your goal is to get all nine of your chips into the matching colored section on the opposite end of the board (think Chinese Checkers). But instead of jumping your way to the other side, you slide your chips as far as they can horizontally or vertically, until they run into another chip, the edge of the board or the edge of your opponent’s home (you can’t park your chips in their home to block them). 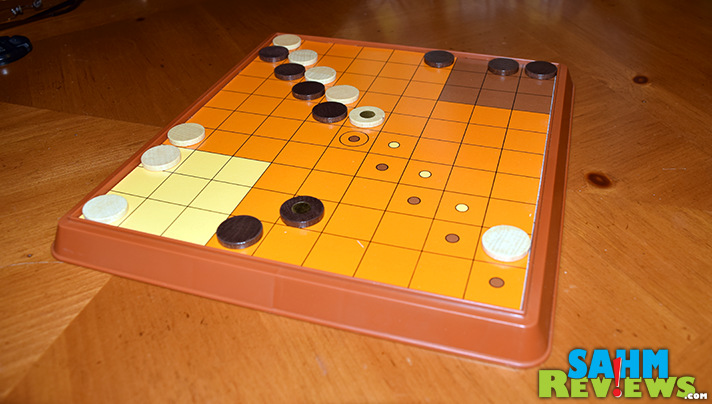 The power chips have a slightly different move ability in that they can also move diagonally and can stop short at any time (they don’t have to move the full distance). You and your opponent take turns until one of you manages to get all of your chips into your own home base. Once a chip is in a base, it cannot move out, but can move around inside of it, treating the edges the same as a game board edge. 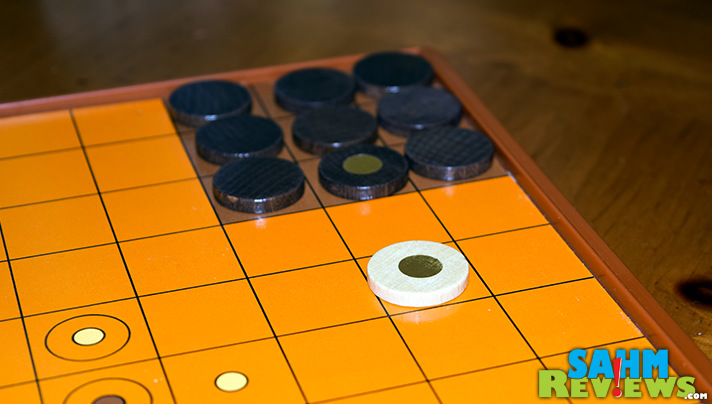 Expect a game to only last 15-20 minutes tops and simple enough for kids as young as six. There’s not a lot of complex strategy, but lies somewhere between Checkers and Chess. There’s something satisfying about sliding the pieces around instead of jumping/capturing.

You can easily find copies on Amazon for under $12 shipped and wildly priced on eBay. Fairly priced considering the quality of the pieces (not very high). Pay close attention to the board – while the outside is plastic, the playing area is a thick board stock. It is prone to warping and damage from moisture. I wouldn’t worry too much about missing chips, they could easily be replaced with parts from other games!