I’ve mentioned before that my absolute favorite type of game is a category known as “abstract games“. Think of games like checkers or chess – each side has the same pieces and typically wage war on a board or table. It truly is the classic type of all games, one in which you aren’t trying to be the first to the end, score the most points or answer the right trivia question. These games are all about capturing or eliminating your opponent’s pieces and ultimately being the last person standing.

If you think about it, this is very similar to war. A battle usually has soldiers from one side surviving, while wars are won by eliminating the forces from the opposing country. Games have always been an individual’s playground for all of us wanna-be generals.

This past Christmas my brother introduced me to a game series that was issued in the early 2000’s called GIPF. The GIPF Project was a series of abstract games that built upon one another and could also be played individually. I liked them so much, he gave them to me for my birthday this year. What a great surprise!

Around the same time I was researching the GIPF Project (I am still missing one of the games that was issued and replaced with another one), I happened across a video about a new game that had been exhibited at the 2013 Nuremburg Toy Fair called Trench. Just one look at the board and I had to know more.

Trench is the brainchild of Rui Alípio Monteiro who created the game in 2009. The basis for the design is to simulate the trench warfare style of battle common during World War I. Soldiers would dig long trenches in which they would practically live, giving them a decided advantage over any approaching enemy. This technique translates very well in Trench, which uses a unique mechanic not seen in any other game.

Because Trench was created in Portugal (and manufactured there), we did have some issues understanding the English-language rules. After reading (and re-reading) the rulebook a number of times, we finally determined what the author intended and proceeded to wage war on each other. 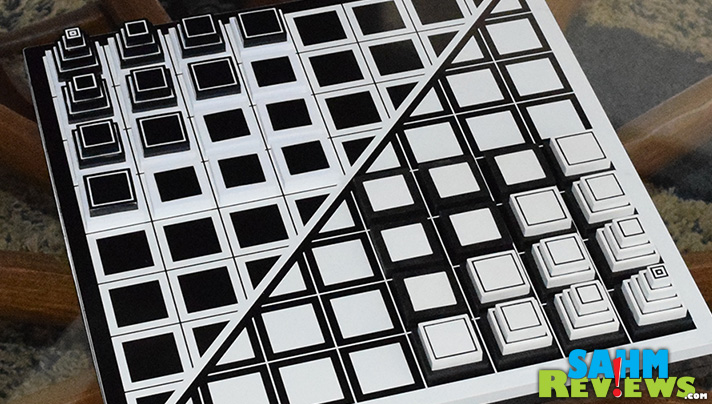 The game is actually quite simple to understand. Each piece is a different height, representing the ever-increasing ranks of an army enlistee. From Soldier through General, the height of the piece is congruent with the maximum number of spaces the piece may move in one turn. Each piece also has a limitation on the direction they may move, which is conveniently printed on the bottom of each piece. 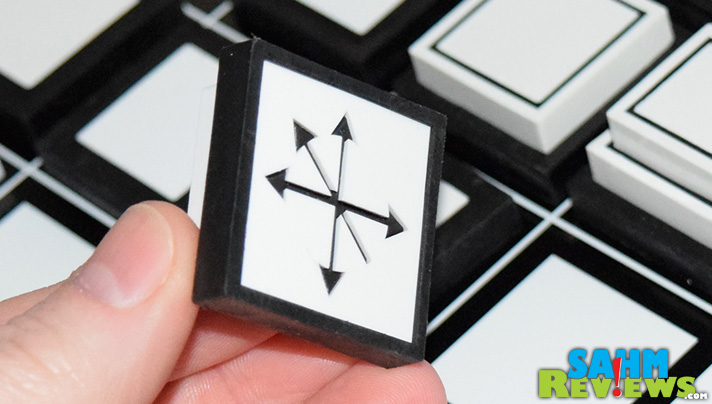 But if you look closely you’ll notice something different from your normal chess/checkers board. In Trench, the board and pieces are oriented diagonally. And across the middle of the board the squares are divided up into smaller triangles – this represents the ‘trench’ and when your piece in placed there, special things happen. 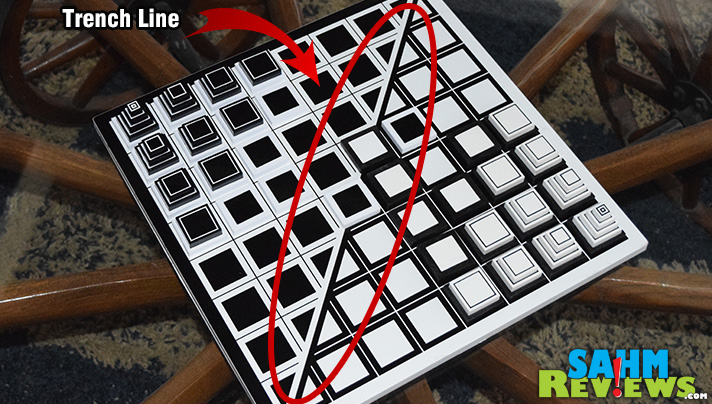 A piece in the trench cannot be attacked by the opponent from the front nor from another piece inside the trench. However, it can be attacked from behind (flanking). If your opponent sneaks up behind you, your only escape is forward or sideways, as you cannot attack him from the trench if he is in your territory. 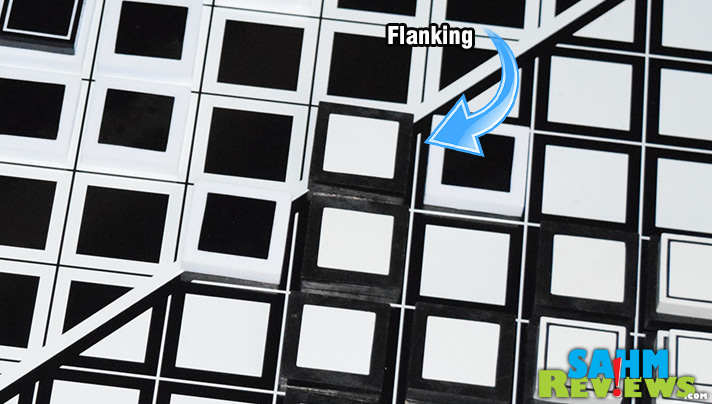 So what is the advantage of the trench? Other than being safe from forward-attacking forces, there is one very powerful feature that is not available to pieces anywhere else on the board. When in the trench, you can attack forward and keep moving/attacking forward the maximum number of spaces your piece can move. In theory this would allow your General, who can move 5 spaces, to capture up to 5 pieces in one move! Anywhere else on the board you can only attack one time per move, stopping your movement where the capture occurs.

Trench is definitely a game you have to play to really get a feel for the strategy needed to be successful. Your first game will definitely be about learning how the pieces move and interact with the trench (and each other), but once you have a grasp of it, you’ll be ready to take on the world.

I would be remiss in not mentioning the main thing that drew me to this title. This game is beautiful. There aren’t many games you would want to leave out on your table when not playing except for maybe a very nice chess set. Trench has an art-deco look that will stand out in any decor, and the pieces and board are of a quality that you’ll be proud to exhibit. It truly is an art piece disguised as a game. 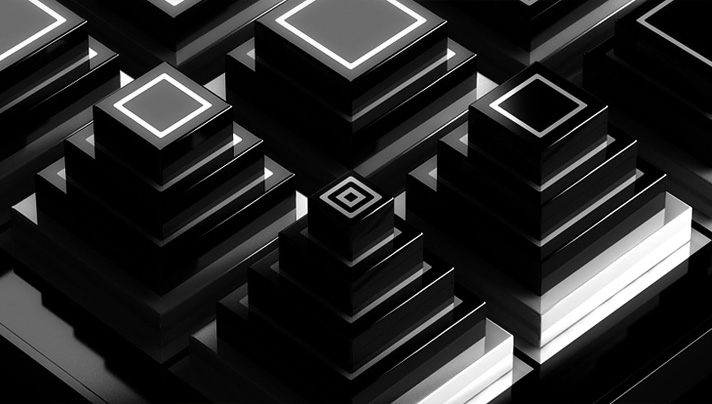 Although Trench has been around in some form for a few years, we are seeing the excitement build in recent months. It is slated to be on the cover of Game Nite Magazine next month, which will certainly help increase awareness and demand for this title. Right now they are looking for a publisher to be able to bring it to the U.S., but you can email directly to find out when you might be able to get a copy. Follow Trench on Facebook to see when it’ll hit stores in your area. I wouldn’t hesitate at any price, this game is sure to be a classic.

33 thoughts on “A Little Taste of Trench Warfare”