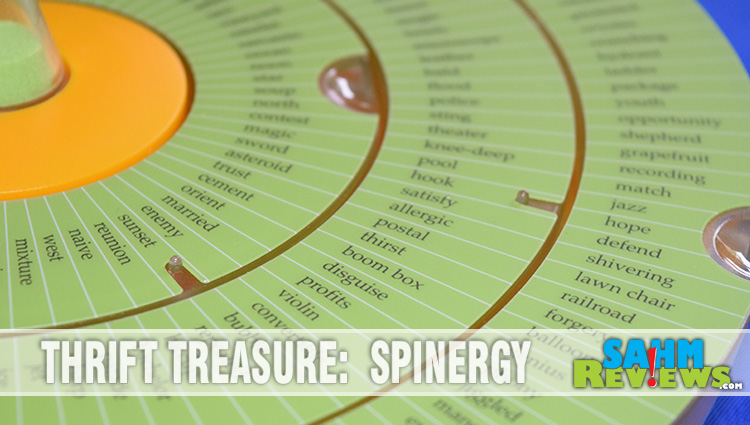 It’s no secret that I love well-designed games. Especially ones that have a modern twist to their look. I’m still in love with Trench, which we showed you this past April. But this week I bring you a thrift store treasure we happened across while shopping at a Savers in the Chicago area. Spinergy from GNU Games is something I’m sure you’ve never seen anything like. 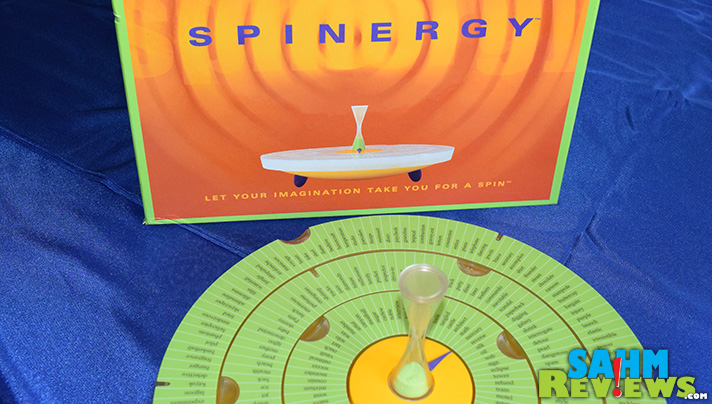 We’re all familiar with the popular party word games, and while Spinergy is definitely in that same genre, has its own unique spin (pun intended). The main board is a UFO-looking 3-ringed spinner with a timer in the center. 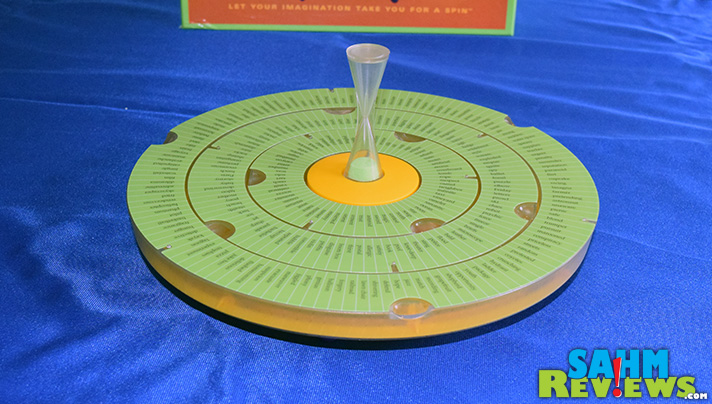 Each ring is removable and replaceable with another word ring containing different words. Each ring spins in either direction, and on your turn you spin them however hard in whatever direction you like. When they come to a rest, there is a pointer in the center that selects three words for you to use for that turn. 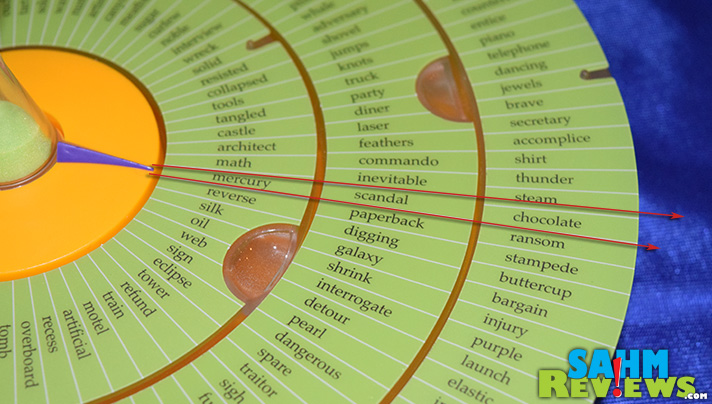 In this example, the turn yielded “mercury, scandal, chocolate”. Obviously three words that have very little to do with each other, hence the challenge. I know what you’re thinking, that you have to use those words to make a sentence. Wrong! That’s what your opponents have to do! 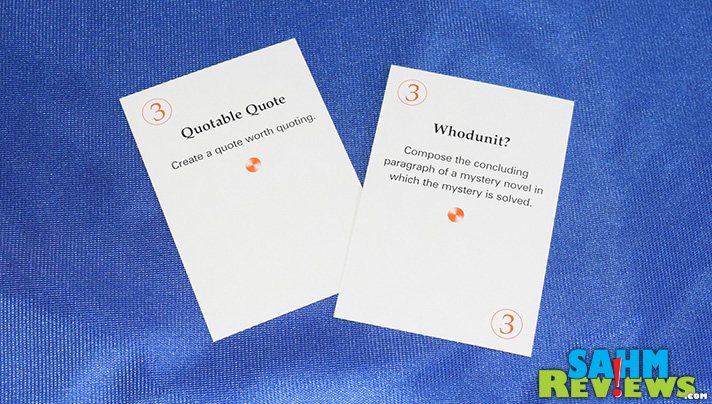 You now draw a card from the deck and read aloud the scenario and its point value. Using the card on the right as an example, it is worth three points and requires everyone else to “Compose the concluding paragraph of a mystery novel in which the mystery is solved.” And if this isn’t tough enough, they also have to flip the timer and complete it before the time runs out. 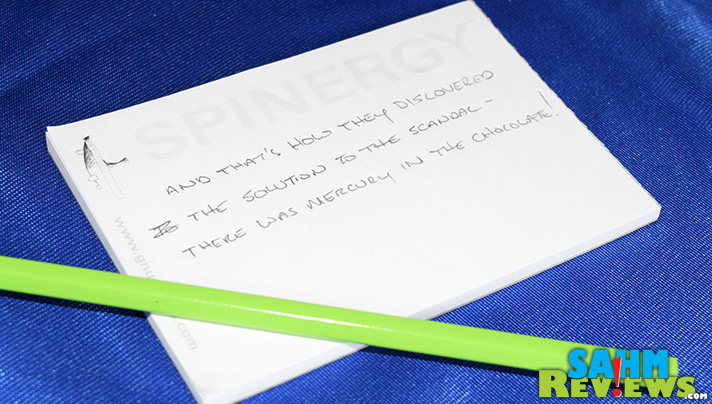 At the same time, you start writing down words on your pad that you think they’ll use in their response. You may select 3 words in the first round, 6 words in the second round and 9 in the last. The theory is that as the game progresses, players will become more creative with their responses, hence the need for more guesses. 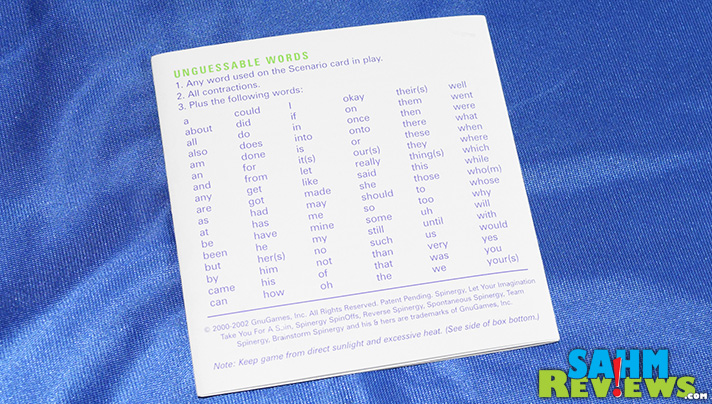 Of course you can’t guess the three original words. You also cannot guess common words like “and”, “but”, “for” and the like.

Once time is up, starting with the player on your left, compare your list to their response. If you correctly guessed one of his words, scratch it off your list and give yourself the points shown on the card. If you didn’t, then they receive the points.

Next, compare your words to the next player. If a word is already scratched off your list, then it is safe for this next player. Again, if one of your remaining words matches the other player exactly, award yourself points and scratch that one off. If not, they too receive points. Of course, if they did not complete the response to the scenario correctly, neither player receives points.

Each player takes a turn at spinning before continuing to the next round (where you can guess up to 6 words). Scoring remains the same, and the player with the highest total at the end of three rounds wins the game.

Unfortunately, Spinergy is another example of a great party game that is no longer made. The website for the publisher no longer exists, but you can still find copies available for sale on Amazon and eBay for under $20 delivered. It’s a great-looking game with a lot of replay value thanks to the ability to change out the word rings. It wouldn’t be too difficult to create your own since replacements are no longer available. For the right party you could even make a version that would put Cards Against Humanity to shame!