One of my favorite games to play as a kid was Don’t Break the Ice. You probably remember the game too. A polar bear sits on top of a sheet of ice made up of plastic blocks. On each turn you hammer out one of the blocks, hoping the ice sheet remained intact. Once the bear fell through the ice, game was over and the last person to knock out a piece lost. It was quite a fun party game since there was only one loser and the rest were winners!

Boom Boom Balloon from Spin Master Games falls into this same genre, but with a more teeth-clenching event at its climax. The sound of a popping balloon is something that most of us dread, especially when we don’t know exactly when it will happen. 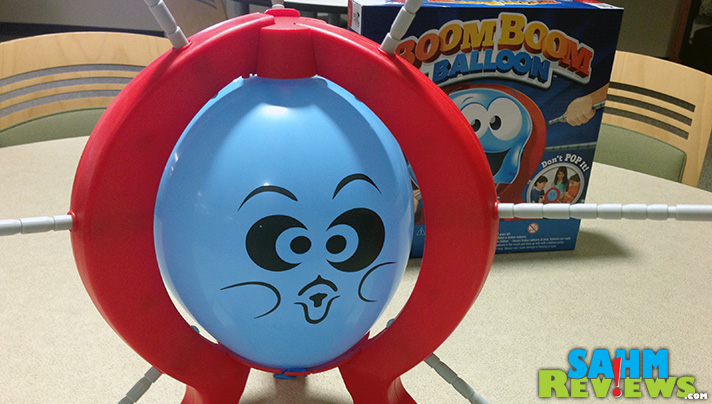 The game is set up with a cute-expressioned inflated balloon that is trapped inside what I can only describe as a torture chamber. On each players’ turn they roll a die numbered 1 through 3 and push the protruding spikes inwards that number of ‘clicks’. Players can push on one spike or spread out their roll across multiple spikes depending on how ‘evil’ they are feeling.

This is definitely a game where a video is worth a thousand (million?) words. Take a look.

And as you can see from this video, the reactions can be priceless. Everyone (well, almost everyone) was afraid it would pop and covered their eyes and ears in anticipation. We discovered that a slightly-less filled balloon gave us a longer game and some very interesting distortions! 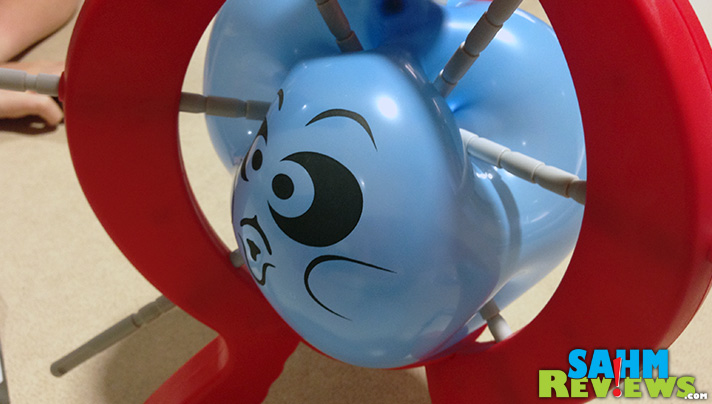 We elected to bring this to our weekly board game night that typically has 30+ adults in attendance, and while we weren’t able to get any of them to participate, I could tell they were entertained and watching closely for the balloon to pop. Just seeing the torture this poor balloon goes through brought a smile to nearly everyone. 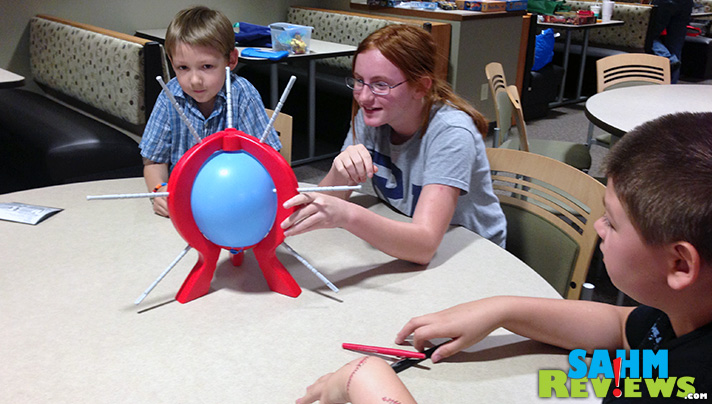 Boom Boom Balloon supports 2 or more players and would be perfect for a birthday party or holiday gathering (imagine putting a prize inside!). You’ll find it on Amazon for around $15 or pick up one at your local retailer. Spin Master Games has a number of family-friendly titles in its catalog and is always introducing new and innovative toys and games for your kids. Keep them in mind during this upcoming holiday season!