I hope by now you’ve had time to look through our various Holiday Gift Guides, many of which include games that you should have in your collection. Like us, you probably can’t afford to have every new game that comes out. Hopefully you’re as lucky as we are when it comes to finding used board games at your local thrift store. 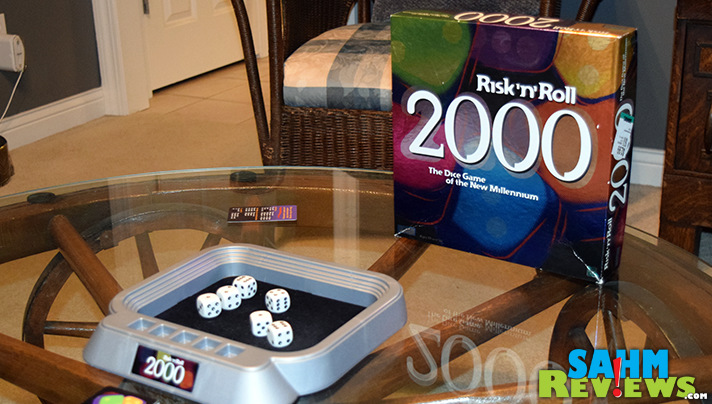 On our way back home from the Chicago Toy & Game Fair, we made our usual stop at a Savers and did manage to find a couple new games for our collection. The first one is this week’s feature: a late 90’s Milton Bradley issue capitalizing on the millennium craze called Risk ‘n’ Roll 2000. Judging from the tagline “The Dice Game of the New Millennium”, they were trying to create a dice game variation to compete with the classic Yahtzee series. What we found in the box really didn’t impress us much at all.

Included in Risk ‘n’ Roll 2000 is a large plastic dice tray, six oversized white dice, a scorepad and small deck of cards. You and up to five other players are vying to be the first to score at least 2,000 points by rolling various combinations on the dice, pressing your luck to score higher each turn. 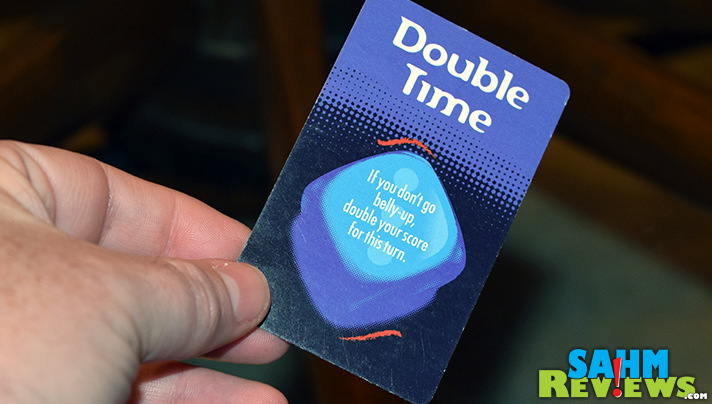 Begin each turn by drawing a card which adds a temporary rule to your roll. Roll all six dice and any that score (and you wish to keep) are placed in the six dice holding areas on the edge of the tray. You may stop at any time, receiving the total points accrued. If you elect to continue rolling you may add newly-scoring dice to the tray. However, if you don’t roll any dice that score, your turn ends and your receive no points. 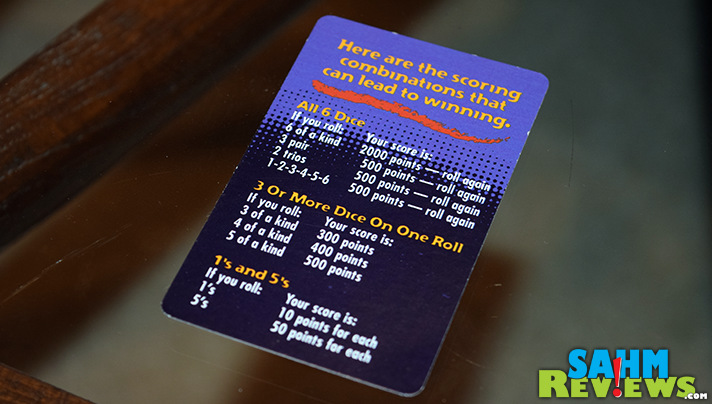 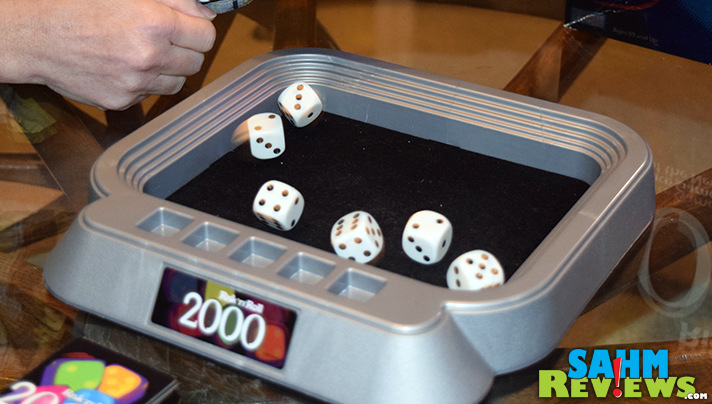 As I mentioned earlier, the cards add extra bonuses to your roll. Some might allow you to keep your score even if you bust with a non-scoring roll. Others allow you to deduct points from other players if you “roll out” (scoring with all six dice). And one even doubles your score for the entire round! These cards certainly make the game swing rather quickly and seem to come up favorably for my opponents quite often.

And that’s all there is to Risk ‘n’ Roll 2000. As you can see, nothing groundbreaking and quite honestly not even close to being as fun as my childhood favorite, Triple Yahtzee. Nevertheless, since it only set me back a couple dollars, at least I can be happy to have some new oversized dice in my collection. That’s the one saving grace – they’re really of nice quality!

Have you checked out our 2016 Dice Games Holiday Gift Guide yet? Which ones look best to you?