I was really excited to find this copy of Showdown Yahtzee at our local Goodwill this week. Not because I had been looking for it. In fact, I didn’t know anything about the game. It was because Yahtzee was one of my favorite games to play as a child, especially Triple Yahtzee. I lost track of how many score pads we went through! It was last year about this time that we found Yahtzee Free-for-All at thrift – I wonder what new one we’ll find next summer! 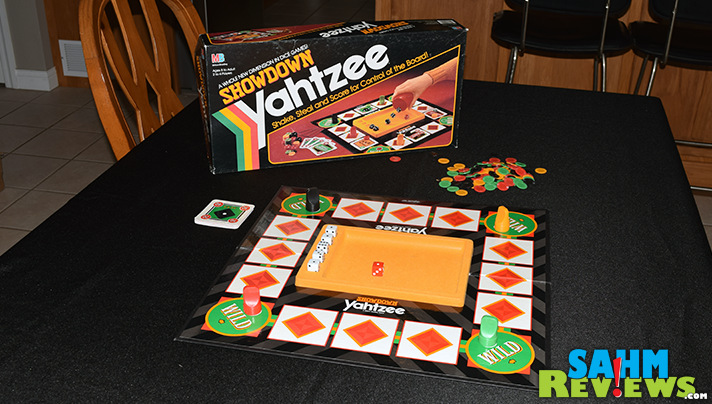 Fortunately Showdown Yahtzee does away with all score pads in lieu of a game board. Yes, you read that right – this is a board game! You’ll still find five main dice and the need to roll full houses, Yahtzees and straights, but now you are competing with each other over control of those different results. 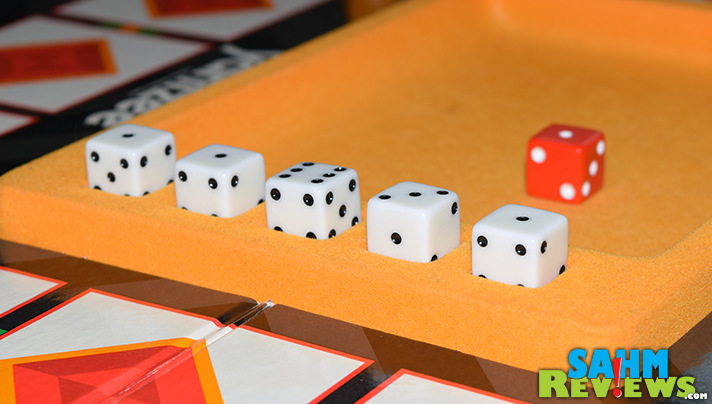 I mentioned the five dice, but there are actually six in the game. Five of one color which will be used to try to roll the traditional Yahtzee results and one that moves you around the board. Interestingly, the board is completely blank at the beginning! The inclusion of twelve result cards guarantees every game will have a different board layout once it gets underway. 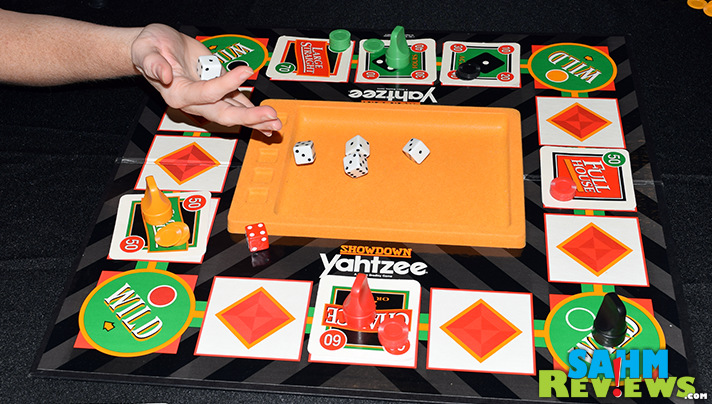 On your turn, the first thing you do it roll the single red die and move your pawn the number of spaces clockwise. If you land on a blank space, you may roll and try to achieve any result that matches any non-placed card. Roll and then reroll up to two more times until you are happy with your result. Pick the card that matches your dice and place it on the blank space with your pawn. Also place the corresponding number of chips on that card (depending on your roll). For instance, if you rolled three sixes, you would place the “Six” card with three chips. A Full House of any kind allows you to place five chips on that card. You are now in control of the card. 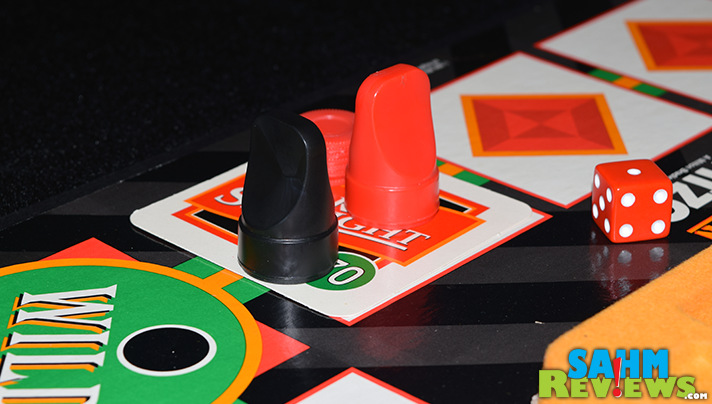 If you happen to land on a previously-placed card, you may roll to try to steal it. You are only rolling for whatever is depicted on the card you are standing upon and must tie or beat their result. Do so and return the chips to the other player and place the correct number of your own color chips on the card. 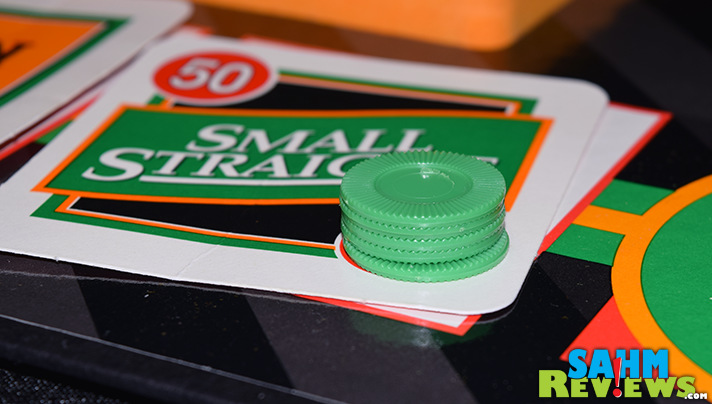 Landing on a wild allows you to go for anything on or off the board. Roll your dice normally and when done, pick the card which you would like to score. If stealing, move your pawn to that card and replace the chips. If placing a new one, move to the next blank space clockwise and also put your chips on it.

Play continues until all twelve cards are placed on the board. Then the Showdown Round begins. Starting with the player immediately after the one that laid the last card, they get one more turn to try to steal cards. Roll and move your pawn normally. If you land on a card you already own you can either move again or roll to try to improve your score. 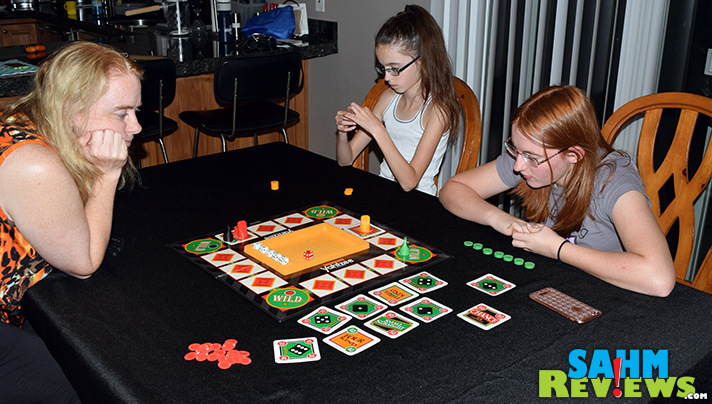 Each time you successfully steal a card in the Showdown Round you get to roll the red die again and try to steal another one. This continues until you roll unsuccessfully and cannot steal a card. This ends the game for you. Each other player does the same until everyone has had one chance in the Showdown Round. Player with the most chips on the board at the end of the game is declared the winner!

I have to say, this is a very unique take on the game of Yahtzee and will definitely be adding it to our collection. You can find overinflated copies on Amazon or more reasonably priced ones on eBay. There seems to always be quite a few available, so wait until you find one at the right price before you hit the Buy-It-Now button!