For as long as I can remember, it has been a tradition (or weakness) that whenever we travel, we pick up some Cola Gummies to enjoy during the trip. Sometimes we pick them up ahead of time at Walgreens or Aldi and other times grab at a gas station during the drive. Years ago, in the days before you could find gummies in bulk at the grocery store, I remember mixing up a fruit salad of various gummies at a local candy store. I’m not sure what it is about them but they have a special place in our hearts.

… And now on our iPads and iPhones too. Big Fish Games, the same company that brought us Cascade, Awakening Kingdoms, Panda Pandamonium and Fairway Solitaire Blast just released a new game revolving around our beloved gummies: Gummy Drop!

The premise of the game is that gummies are replacing famous landmarks in Australia. Personally, that’s just fine with me because I like gummies but apparently we’ve been tasked with the responsibility of stopping it. In a twist on a match-three game, players match groups of three or more in an effort to achieve various level goals. Each level is shaped different and has a different focus. While other Big Fish games have included a tiered rating based on how the player did, this one doesn’t. It awards the user with coins or points based on the level of difficulty they chose for that particular attempt. In other words, challenge yourself a little, a little more or a lot. The second tier of difficulty is referred to as an “Architect” and the third a “Master Builder” 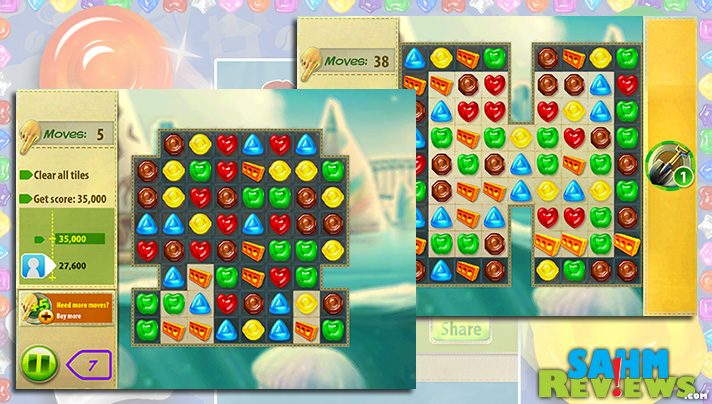 Now here’s the interesting part which I didn’t figure out until I had played several levels. On the side of the screen, it shows “moves” and a number. I thought that was the number of available choices on the board. I’ve played games like that before and when you see it hit “1” you know there’s only one left to find. Not with Gummy Drop! The “moves” means the number of opportunities you have left to meet your goal. So if it says “5” and you have a bunch of boxes to clear, you better be pretty accurate on how you’re going to clear them all of. If not, you don’t complete the level. When you attempt the same screen at a harder level, it reduces the number of moves you are allowed to be able to complete the level. 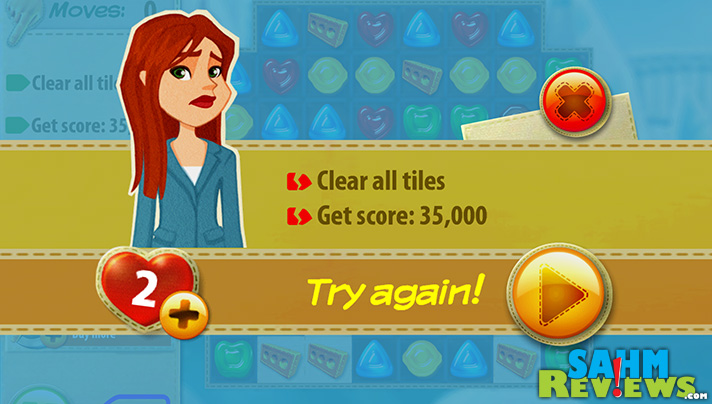 There’s more to it than just that though! Instead of only attempting to clear screens, there are additional projects to complete. The first one is to rebuild the lighthouse. In this case, it required me to return to the beginning levels and complete them at the medium difficulty. These additional tasks require bricks or other tokens which are obtained through the various levels. 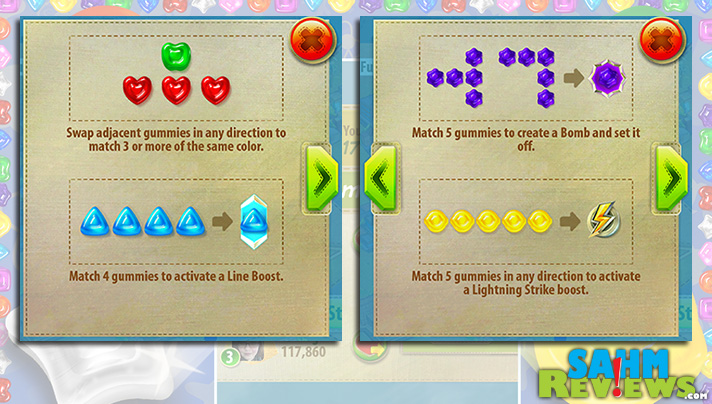 Along the way, the player is rewarded with boosts (bonuses) that can be used to help clear the various levels. Sometimes it is a bomb – other times a shovel to dig your way out from being stuck. If you’ve ever played matching games before, you absolutely understand the “oh, if that one was gone they would all shift and I could clear that and that and that…” concept.

I’ve only had the game a few days and have enjoyed “working” on it. Although I’m only in Australia, the information I received says the game allows the player to travel the world so I’m guessing it moves beyond the land of down under. I can’t wait to find out what city turns to gummy next!

Now here’s some exciting news. Big Fish Games is so excited about this launch that they are running a sweepstakes in conjunction with it: Gummy Drop! iPad Sweepstakes!

In the meantime, go grab some gummies and download the app.