A few months back we told you about Fairway Solitaire Blast, a new app by Big Fish Games. I’ll have you know that I’m completely addicted to that game. Still. When Big Fish Games put out an app, they don’t want you to get bored so they make it worth your while by including dynamic, colorful graphics and loads of different levels.

Well they’re at it again and apparently know about my app-diction to games. They sent us over details about their latest release, Cascade!. 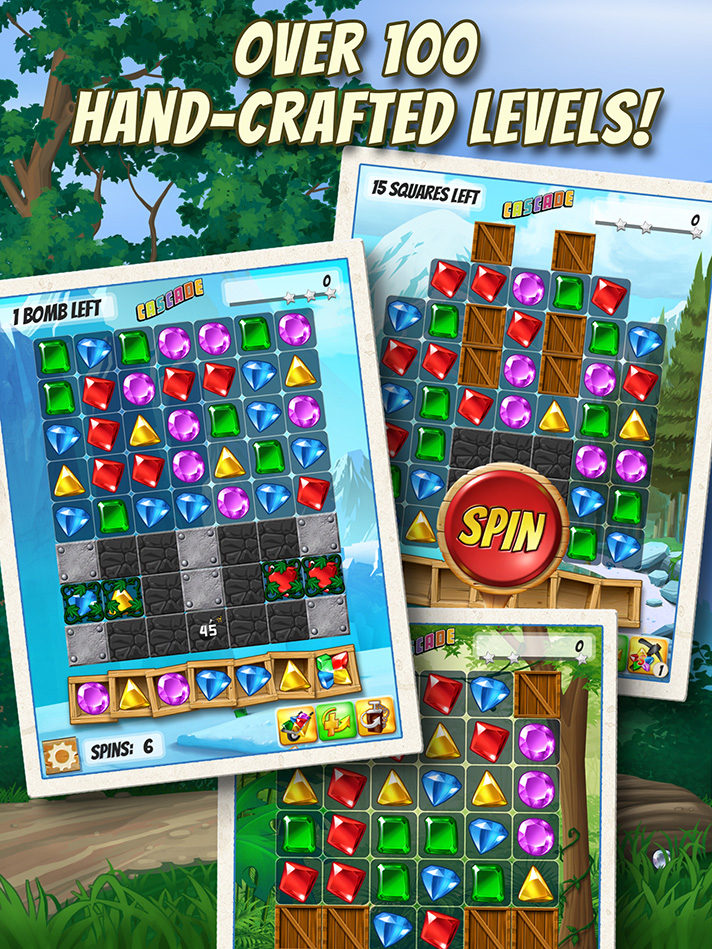 Available in the app store starting today, it’s a cross between the ever-popular match-3 type games and a slot machine. Yes, you heard that right: a slot machine. The game boasts 8 colorful worlds and over 100 puzzles where you can play solo or challenge your friends by logging in with Facebook. 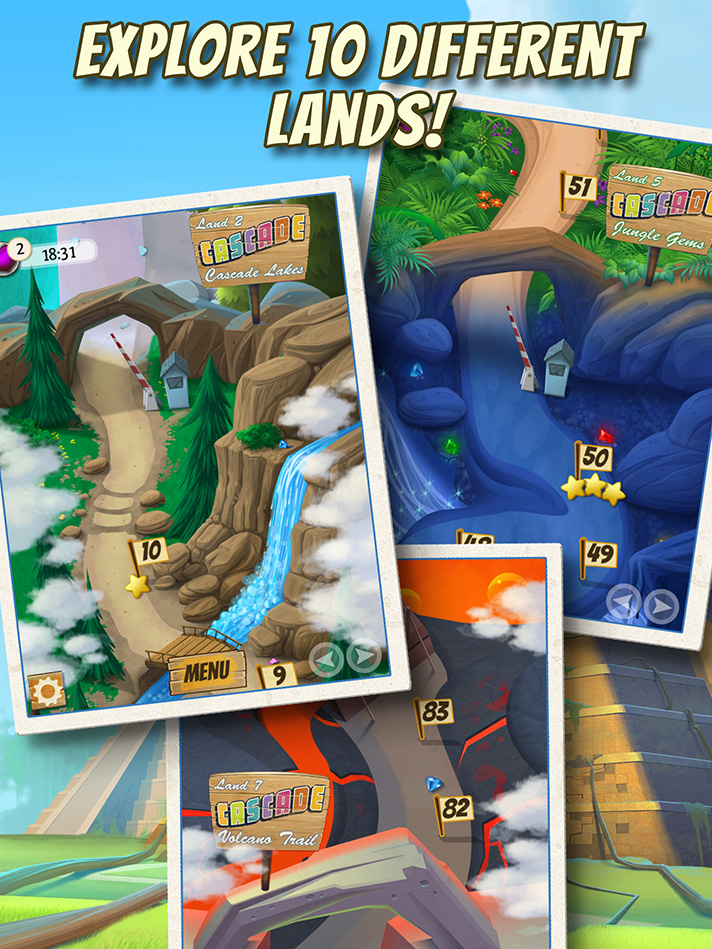 Now let me tell you a little about the game… I don’t typically play matching games so it wasn’t at all what I expected. As someone with a great memory of Space Invaders and Tetris, I was thinking I was trying to clear off levels. Unfortunately for me, more gems just kept showing up. Unlike many games on the market, Cascade doesn’t allow you to clear away sections by swapping places of gems on the board. With this one, players utilize a queue of gems held in slots at the bottom of each column. The ONLY way to capture and clear gems is by using the gems stored in the slots. To make it even more challenging, those ONLY work for the column they are associated with. Yes, very much like casino slots. If you’ve ever played a slot machine and saw that rogue cherry ‘almost’ in the right spot, you’ll totally get the feeling I have as I play this. Failure to plan ahead might mean not being able to get those gems cleared off. Get to a stopping point because you don’t have any more moves? Spin the reels and get new gems in the slots to work with.

Each level has a designated goal to work toward when you start. Once you’ve reached that goal THEN you’ve completed the level and move along to the next one. Depending on how you make moves, you earn 1-3 stars. So while you may have finished a level, if you only finished with one or two stars then there is room for improvement.

Depending on the moves you make, you can earn bonuses. Some gems are multi-colored and therefore can match any color – or clear multiple groups at the same time. Other bonuses offer extra points. The higher your level, the more boosts and tricks you can unlock. 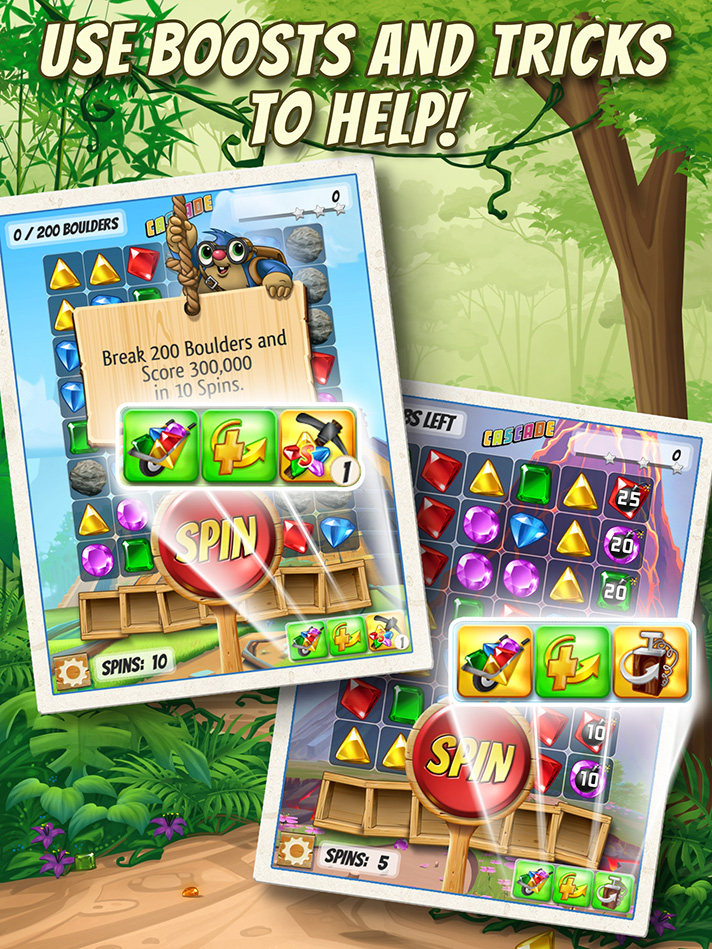 I’ve discovered that I don’t think far enough ahead to be good at this game which is why I’m not able to tell you about many of the bonus pieces. I haven’t unlocked many yet! What I LOVE is that it doesn’t have a timer on it. I don’t work well under pressure. By having a free-flowing, timeless game, it allows me the ability to think through the various moves at my own pace. Plotting which offers the best outcome without negating the use of other gems. It is definitely a strategic puzzle game.

If you’re getting tired of the same ol’ same ol’ matching games that you have been playing to pass the time, this one is worth checking out. Pull the handle and put some spin on your matching game. Download Cascade from the AppStore!

19 thoughts on “This Game Will Have you Reeling”