Home / Technology / Mobile / Solitaire That is a Blast to Play 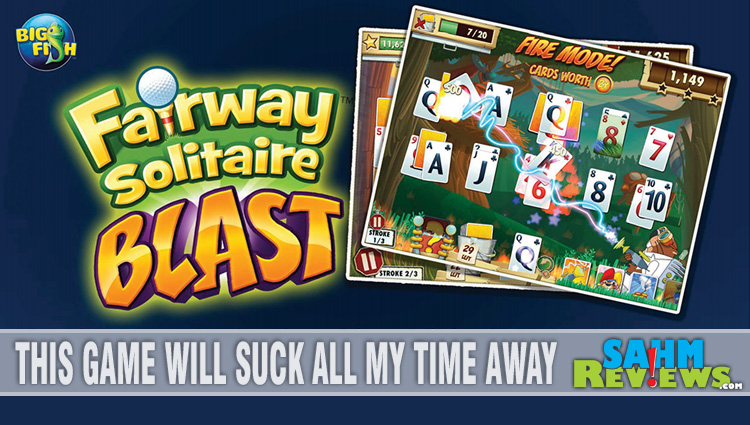 Solitaire That is a Blast to Play

I was a day-one purchaser of the iPad. I couldn’t wait for it to replace my computer – I would be able to sit in front of the TV and do work at the same time. I’m sure you thought the same thing when you got your first tablet. It started out that way, but once we realized the limitations of the device it became the next best thing:  a dedicated web browser and game machine! But unlike a PC which came with Minesweeper, Pinball and Solitaire, games were sparse at that time. Oh sure there were a few from the iPhone that were reasonably playable on the stretched screen, but ones designed to take advantage of the iPad’s larger screen were slow to trickle out.

That is not the case today where we have 100’s of thousands of apps to choose from. Finding the next game you want to play is like hunting for the proverbial “needle in a haystack”. I was recently given the opportunity to try out a new offering that I think you’ll enjoy. No, it’s not another “match three gems in a row” or “build your own farm/city/etc.”, but a twist on the classic game of Solitaire. See for yourself:

Fairway Solitaire is the App Store’s top-grossing Solitaire game and Fairway Solitaire Blast is a follow-up to this popular app. Now you have power-ups that help you clear difficult cards as well as the ability to compete against your friends on the leaderboard. 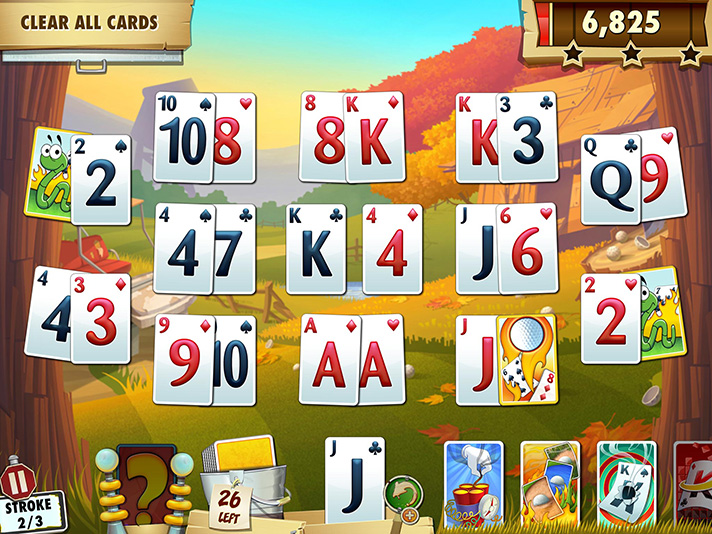 If you haven’t played Fairway Solitaire don’t fret. The rules are very easy to pick up. See that Jack in the bottom-center of your screen? That’s your card pile. A valid play is a Queen or a Ten. Pick that Ten and now you need another Jack or a Nine. Pretty simple, right? 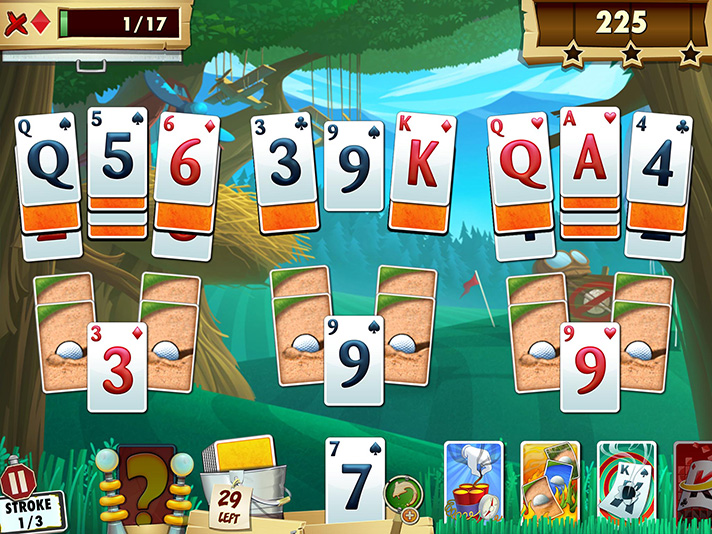 But that was just an easy screen. Here you see it look more like the Solitaire you know and love (or even Mahjong). Some cards can only be reached once the card above them is used. Your goal of course is to clear the screen completely of all cards. 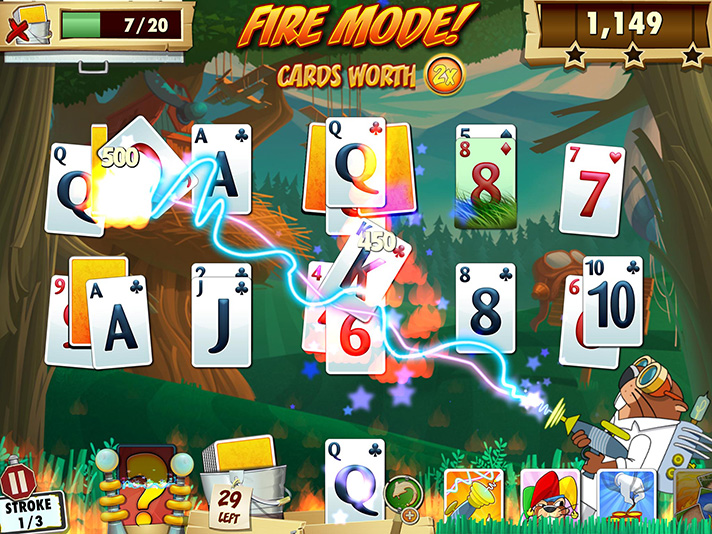 And this is where the power ups come into play. Rather than relying on the luck of the draw, there are various power cards that zap/burn/etc. cards in the play field. Use them wisely to maximize their power! 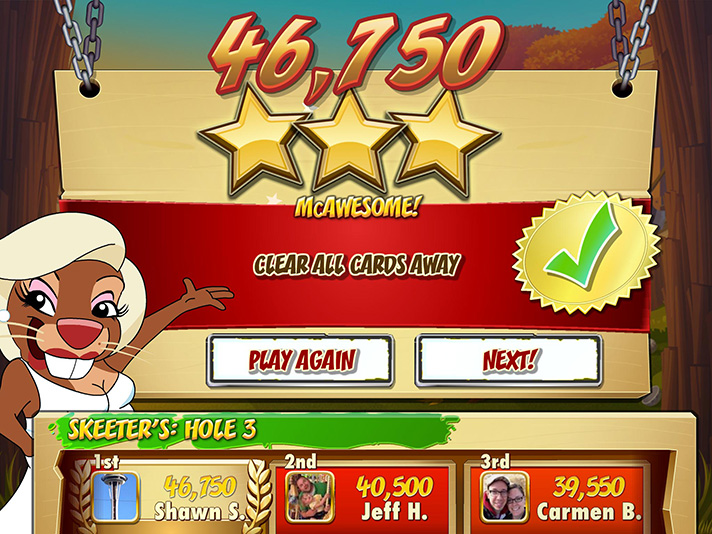 The more efficient your play, the higher your score for that round. Each round is represented by a hole on a golf course – compare your score with the scores of your friends!

The animations and sound are fantastic and give you just enough game play to make you want to come back for more and do a little better. The further you get into the game the more things you unlock to add excitement to the round. The first few holes are rather easy to introduce you to the game, but after about round 5 or 6 you can feel the boards getting progressively harder. Enough so that I was looking for a “Mulligan” button!

Here’s the good news. The game is available starting TODAY for all of your mobile devices. With all games of this type it is usually suggested to get it first and fast so you can stay ahead of your friends! I’m sure you have other Big Fish Games apps on your devices so follow them on Facebook and Twitter to see what else they have in the pipeline!

Do you have another Big Fish Game favorite app? If not, what is your go-to game?

54 comments on «Solitaire That is a Blast to Play»