Despite being retired, I find myself pretty busy with all my social media projects. I spend a lot of my time on my home computer and when I step away from that, I often have my phone or iPad in hand to watch for emails or jot down notes of things I need to handle. Sometimes I just need to decompress and I often do that by doing puzzles in the newspaper or thinking games on the iPad. I had been playing Simpsons Tapped Out on my iPad but felt like it lacked any need for brainpower. When I have writer’s block, Fairway Solitaire Blast by Big Fish Games has been one of my go-to favorites.

Well, now Big Fish Games is making me rethink what my favorite game is. They just launched Awakening Kingdoms on August 8th targeted toward female gamers ages 35-70. A cross between a Sims game like the Simpsons and seek and find, I thought it would be fun to try. In the interest of preparing a detailed review, I dove in and didn’t put it down. Well, technically, I did put it down but I picked it back up lots of times since then.

The premise of the story is to restore a castle and surrounding villages by gathering supplies from hidden object searches and mini puzzle games. As players progress to higher levels, more options and features open up. As with other Big Fish apps, characters, quests and levels are added each month to keep things interesting. In other words, there is no end in sight. That’s awesome if it is a game you are enjoying! 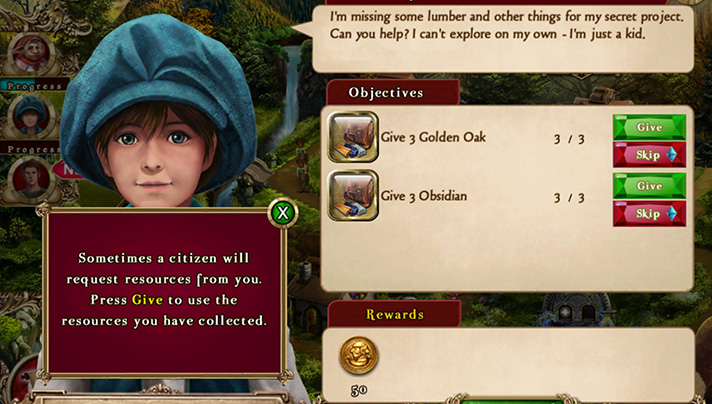 How is the game played?

Through a series of quests, players are guided on what to do to restore the castle and rebuild the village.  In the beginning, players only have one quest to do but as the game moves on, additional quests are available simultaneously. 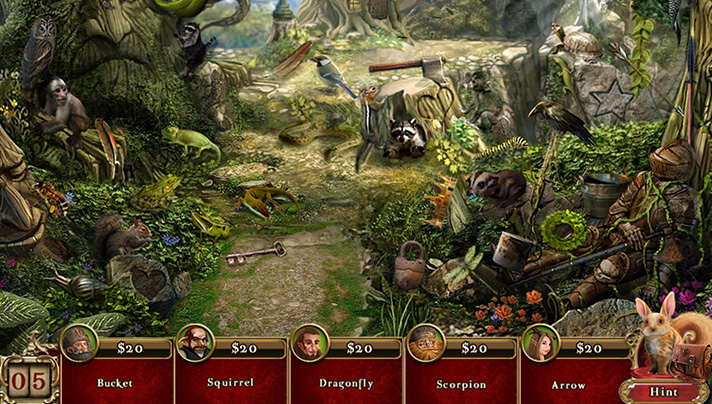 What kinds of activities do the quests involve?

Let’s see… Players can do hidden object puzzles to earn supplies. Those supplies are used to build stores, merchants and homes in the village or redecorate the castle. There are a variety of hidden object puzzles that each start with the same basic landscape. At first it felt like the exact same puzzle then I realized the objects were changing and more were added. Sometimes the search list would be words, sometimes pictures. 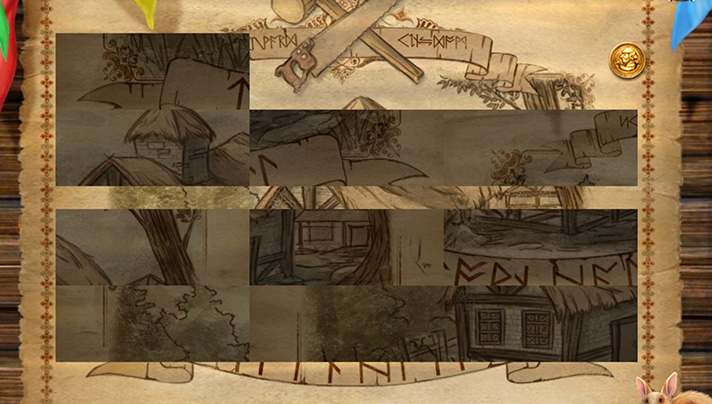 Buildings such as Town Hall offer mini games. All the ones that have opened up for me so far have been a type of jigsaw or matching puzzle but they increase in difficulty. I’ve found other types of puzzles in other parts of the kingdom – each with unique attributes; all entertaining to a brainteaser fanatic like myself. The puzzles and games provide money, building materials or resources required to complete quests. The faster the puzzles and searches are completed, the more the player earns. 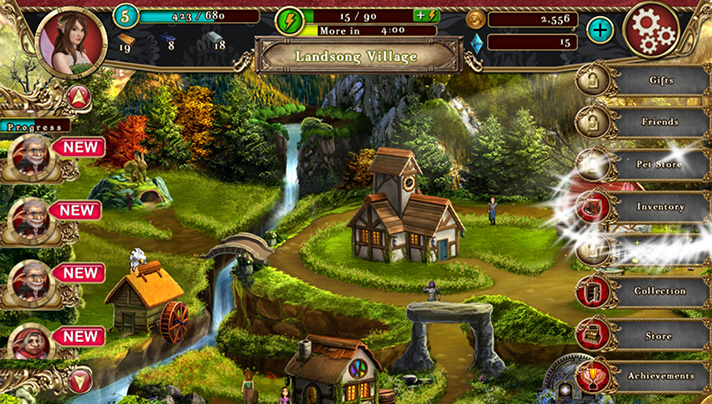 What if I get stuck?

During the puzzles and mini-games, there are options to take a hint. If the player takes too long to proceed, hints appear on the screen in the form of stars encircling the area to click next.

It is not about winning… It is about the quest to awaken the kingdom from its slumber.

After playing it for just a few days, I’ve found it to be addicting. I love the puzzles and would be perfectly happy just doing those. Building the rest of the buildings and completing the quests gives me more to choose from. With each new building comes a new set of puzzles or activities! The only thing I don’t like about this game is that it is very slow moving – yet there are a LOT of things going on at once. I find it a bit overwhelming to try to do it all so I have to take it in small pieces! Just goes to show that Awakening Kingdoms is very in depth! This game has already moved to the top of my “go-to” list!