I have been cursed with one of the worse snack habits.  It’s not that I crave chocolate or chips, it’s just that I eat when I’m nervous, bored, stressed or frustrated. When Miss M was born, I was battling the typical new mom problems and had a very difficult time since none of my family lived anywhere near and visits were sparse. While I never adopted the ‘nothing should go to waste so eat whatever the child doesn’t eat’ habit, I did still find myself snacking a lot.

Yes, I like chips and chocolate, but I’ve tried to find healthier snack options like cheese sticks and granola bars.  Then in swoops Mom Central with their Special K blog tour. Yeah, yeah, eat Special K for breakfast and lose weight. I’ve heard it all before. I continued to read “90 calories and eight grams of whole grain per 17 crackers ” Oh? The tour is for crackers? Heck yeah, count me in! That’s snack food!

I’ll tell you what, those are fantastic. If you put a box of White Cheddar Cheese Its in front of me, I could eat the entire box. They taste awesome but I never feel totally satisfied and just keep eating. That’s not the case with the Special K Italian Tomato & Herb crackers – they tasted great but are hearty enough that I didn’t feel the urge to just sit and eat them all. DH and Miss K both tried them and liked them also. Miss K smiles whenever she sees me eating them and proudly helps herself to a small handful. My mom and dad both tried them and liked them also with my mom commenting that they taste great alone. I was enjoying eating them with cottage cheese as part of a light lunch or alone for a snack. 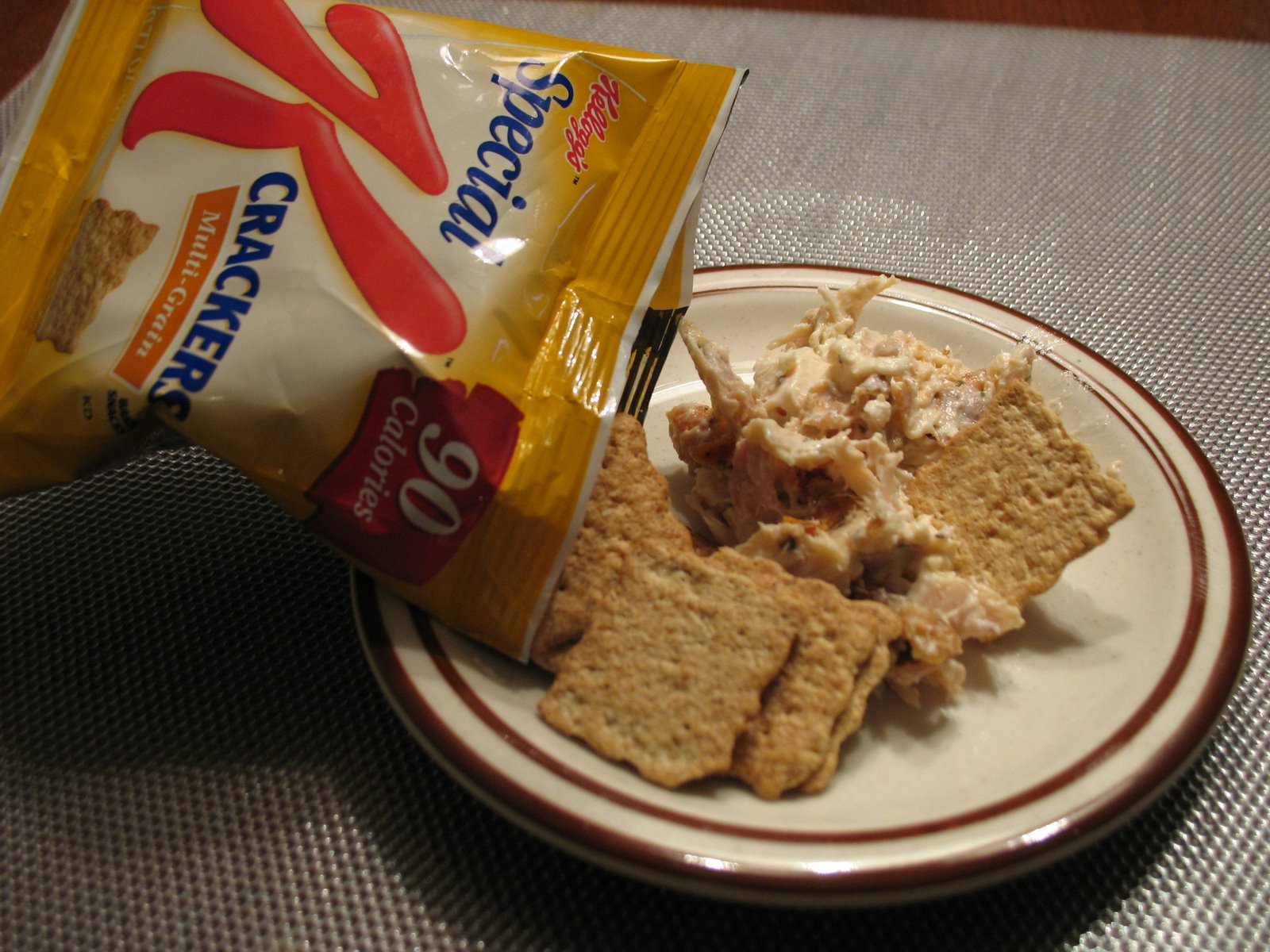 But I committed to testing both products, so I buckled down and tested the Multi-Grain. Since I haven’t had Wheat Thins in ions, I really can’t compare them but the Special K Multi-Grain crackers were very good. Maybe it’s because my taste buds are maturing but I prefer to attribute it to the fact that they aren’t dry. They aren’t a soft cracker but they aren’t the kind of multi-grain product that make you wish you had a beverage chaser. I just made a batch of Rotisserie Chicken Salad (my own personal recipe) and have to say that Special K Multi-Grain crackers pair awesome with it. DH even gave that an approval nod.

Overall, this has been an eye opening experience. Not only did I find that Special K makes more than breakfast cereal, but I also found out that the other stuff is good! As fate would have it, right after receiving this sample, our local grocery store had Special K cereal on sale. They have a lot more flavors than I realized. So we purchased Blueberry, Cinnamon Pecan and Chocolatey Delight. A friend had previously recommended the Cinnamon Pecan and I had tried it on a prior occasion and knew it was good but the Blueberry and Chocolatey Delight were new flavors for me. The Chocolatey Delight didn’t last long once it was opened because DH and I both ate it!

3 thoughts on “Snack Food you say? Count me in!”